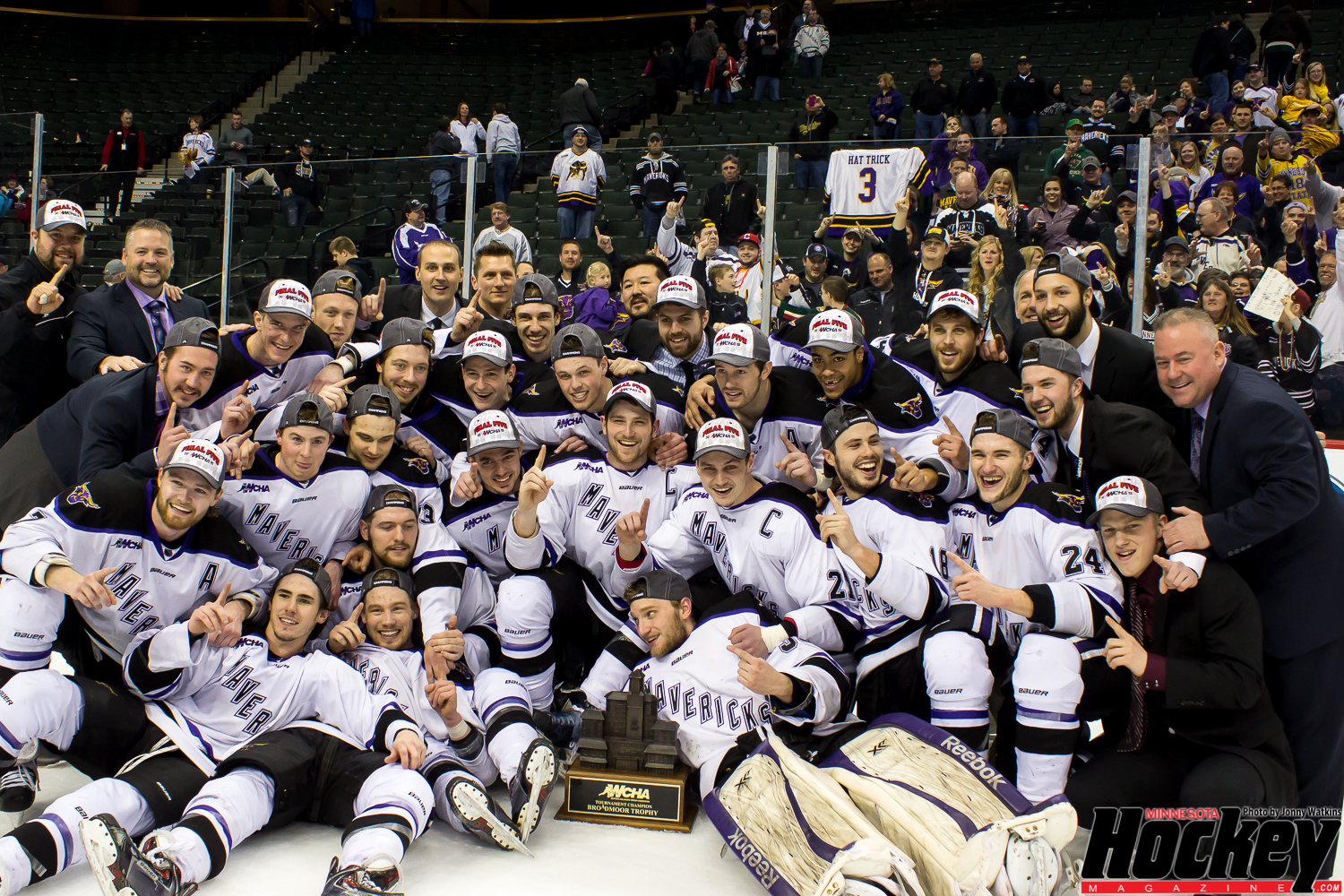 The Western Collegiate Hockey Association (WCHA) marked the end of an era this afternoon with the announcement that its men’s postseason games will be played entirely on campus sites beginning in 2017. The news, of course, means it’s the end of the line for the WCHA Final Five, once the crown jewel of college hockey’s playoff tournaments, after 33 seasons determining the Broadmoor Trophy winner.

The format change, effective for a minimum of the next three seasons, comes with the full backing of the WCHA’s member institutions according to WCHA President and Men’s Commissioner Bill Robertson.

“We have a unified conference where all 10 schools … played a role in this process and unanimously voted on this outcome,” Robertson said in a conference call on Tuesday afternoon. “This current model, over three years, will assist the conference to better predict revenue streams and expenses.”

As has been the case since the 2013-14 season, the conference’s top eight teams will qualify for postseason play with the top four seeds hosting a best-of-three quarterfinal round series. The similarity to the previous format ends here, however.

The top two remaining seeds will then host a best-of-three semifinal series with the winners advancing to the WCHA Championship game. The single game winner-take-all match will be hosted by the highest seed and, like the Final Five title game, will be played annually on the third Saturday of March. 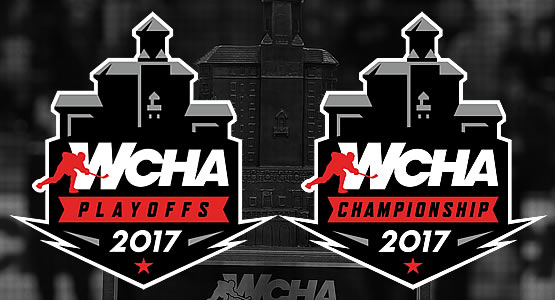 “There is no greater thrill for hockey fans than watching their favorite team play for a championship on home ice,” Robertson said in a prepared statement released by the league. “Much of what makes the WCHA so special are our passionate fan bases and fantastic in-arena atmospheres, which will only be heightened in a playoff series or in a single game with a championship and NCAA Tournament berth on the line.

“The opportunity to compete for the Broadmoor Trophy in a unique, frenzied atmosphere promises to be a fantastic experience for our student-athletes, our institutions and our fans. We look forward to watching a new WCHA tradition grow and flourish.”

Robertson believes the announcement is monumental and historic for many reasons including better fan access and excitement, enhanced student athlete experience, the potential for increased revenues and a possible boost the Pairwise ranking of participating schools.

“When it’s on campus there’s a better chance for fans to see this up close and personal,” Robertson said. “We thought for the student athlete, for them to play in front of larger crowds, would be an added plus and bonus.”

Bob Daniels, head coach at defending Broadmoor Trophy champion Ferris State University and coaches’ chair for the WCHA Men’s League said it’s too early to tell what impact the changes will have on Pairwise rankings. But he speculates replacing the one-and-done semifinal with a best-of-three format will benefit the higher seeds by reducing the risk of potential upsets hurting bubble teams as was the case with Minnesota State and Michigan Tech in 2016.

“Now even if they get knocked off (in the championship game), they’d be going into that with four wins with a chance to have made the tournament based off the RPI,” Daniels said. “It still could penalize you, though, if there was an upset or if you were to go three games in both those series but we felt like the odds were in favor of helping a team that was on the bubble.”

For the time being, this puts to rest the notion of collaboration between the WCHA and either the Big Ten or the NCHC to stage their respective conference tournaments at the same venue, providing fans with a one-stop postseason environment.

“There was and continues to be good dialogue with (the Big Ten and NCHC) on the potential for a Super Tournament or a Super Championship Saturday down the road,” Robertson said. “I don’t know when that will be. This certainly does not preclude us from continuing to explore that option.”

The WCHA schedule will remain at 28 league games for the 2016-17 campaign, with the regular season concluding the weekend of Feb. 24-25. Robertson admitted, however, the league may have to cut back to a 26-game schedule to accommodate the new format in future seasons.