Will Minnesota’s deadline acquisitions be enough to solve St. Louis? 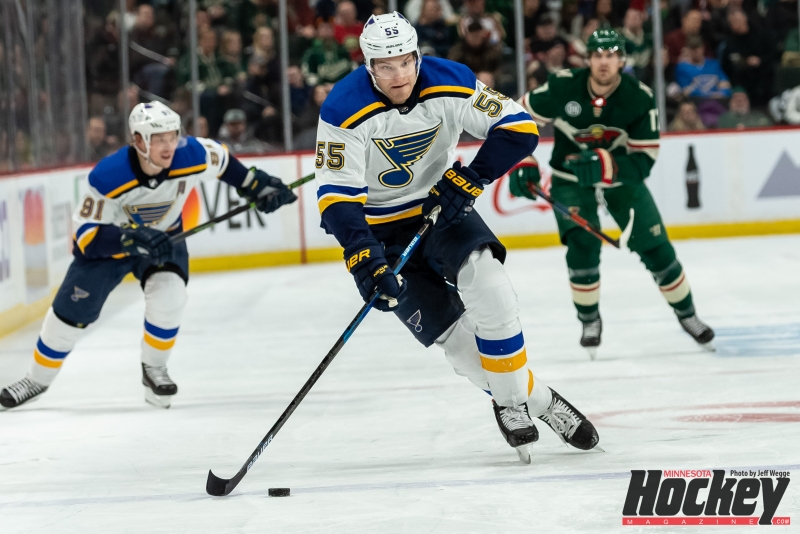 This means the Wild will open the playoffs with a roster that is designed to make its longest postseason run since the 2003 team shocked everyone by advancing to the Western Conference finals.

But will it be enough?

The Wild clinched a playoff spot on Sunday with a come-from-behind 5-4 overtime victory over the San Jose Sharks. That gave the Wild a 15-2-4 record in their past 21 games and extended their home point streak to 11 games (10-0-1). The problem is that as an impressive as the Wild have been this season, their almost certain first-round playoff opponent has been unbeatable of late.

The Blues moved into second place in the Central Division ahead of the Wild with a 6-5 overtime win Saturday in St. Louis. While the Wild blew a two-goal lead against the going-nowhere Sharks on Sunday before rallying for the victory, the Blues scored a franchise record seven goals in a period in an 8-3 victory in Nashville.

St. Louis, which won the 2019 Stanley Cup with team that used a physical style to beat opponents, is now a more talented club that has won nine in a row. The Blues have averaged 5.4 goals per game in that span and are 11-0-1 in their past 12. St. Louis’ last loss in regulation was on March 26 against Carolina.

Winger Vladimir Tarasenko, who wanted out of St. Louis last offseason, is having an outstanding year and led the league this past week with seven goals, including one against the Wild, and 11 points to earn First Star of the Week honors.

A Tarasenko heater in the postseason, would mean the Wild would need the same from Kirill Kaprizov and, likely, Kevin Fiala. Kaprizov has had a spectacular second season in the NHL, setting Wild marks for goals (43) and points (93), but the soon-to-be 25-year-old (April 26) must produce more than the two goals and three points he accumulated in the Wild’s seven-game loss to Vegas last spring in the opening round. 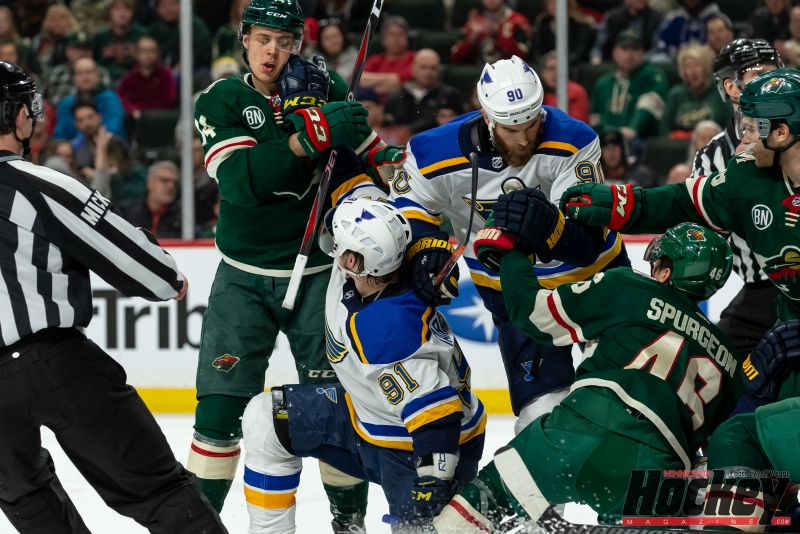 The Wild have become bigger and tougher in recent weeks but the big, bad Blues will be a huge test of that upgrade next month. (MHM Photo / Jeff Wegge)

The Blues’ success mirrors how well they have done against the Wild. This might be the most concerning thing about a Minnesota-St. Louis matchup.  The Blues have won five in a row against the Wild, including all three meetings this season (two in overtime), are 9-0-1 in the past 10 and 13-1-2 in the past 16. The Wild and Blues have met twice in the playoffs. Minnesota ousted St. Louis in six games in the opening round in 2015 before the Blues returned the favor in five games in 2017.

The Wild will enter Tuesday’s game in Montreal trailing the Blues by one point(102-101) and with one game in hand (76-75). St. Louis will play host to Boston on Tuesday, so the Wild will retain the game in hand.

That’s important because the second-place team in the Central Division will have home-ice advantage against the third-place finisher. Right now, that would mean the Blues would open the playoffs next month against Minnesota in St. Louis. The value of home ice in the playoffs long has been debated but unless the Blues begin to cool off in their final six games, the Wild will be looking for any advantage they can get. That includes having the last change in four of the seven games.

“We know there’s a good chance of playing these guys (in the) first round, and we believe we can win,” Wild winger Marcus Foligno said of the Blues following Saturday’s loss. “That’s just the mentality of this year. It’s always been like that. I just think when we don’t show lackadaisical spurts, we’re the better team.”

The problem is right now the Blues are taking advantage of every lackadaisical spurt they see, and the Wild are going to need to achieve near perfection if they want to get to the second round for the fourth time in franchise history.