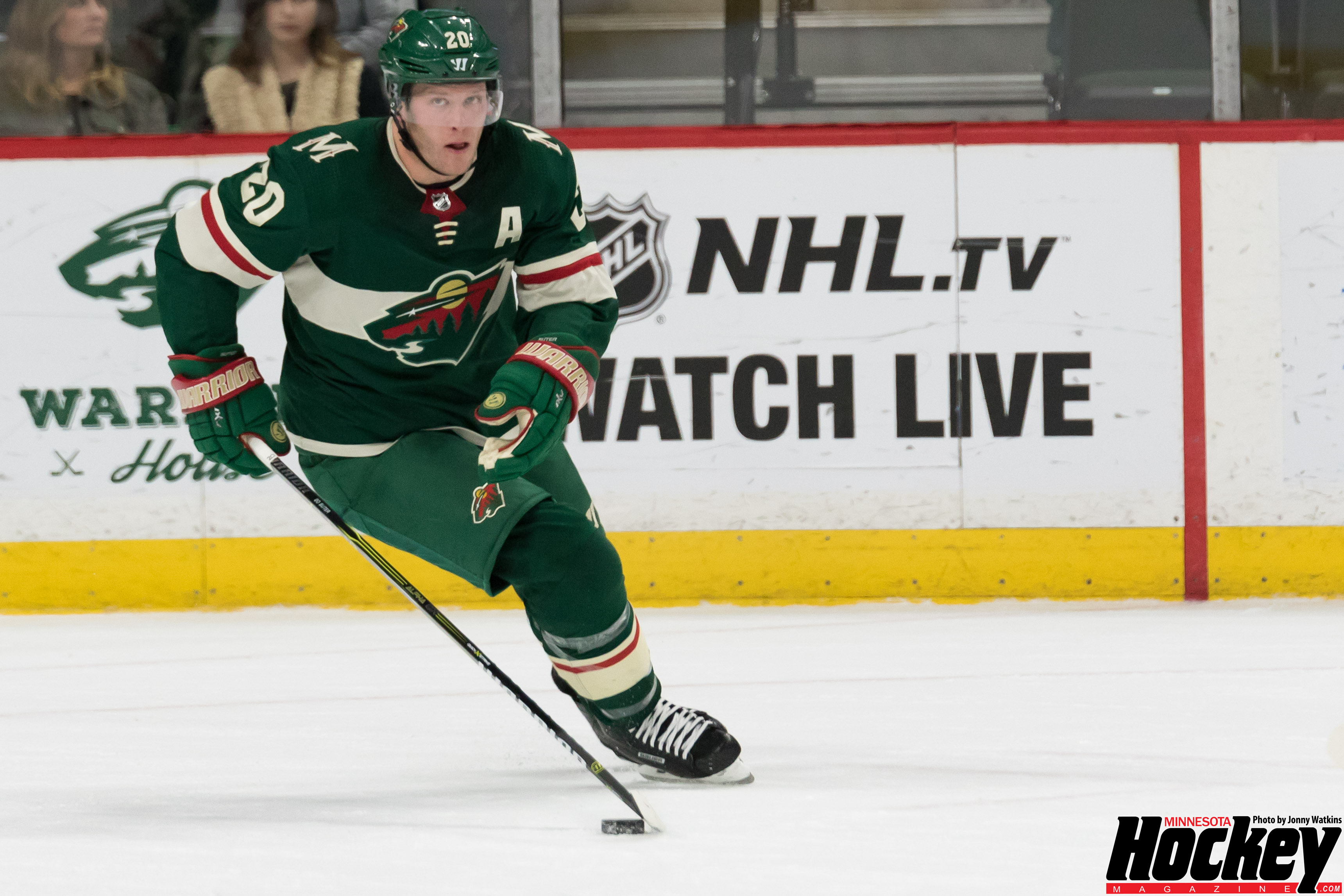 From the moment his right leg went awkwardly into the end boards as he fought to keep the puck, to staying on his feet before hobbling and collapsing to his knees before getting helped off the ice. The bad right-ankle fracture ended his season a few games early, leading to surgery and a summer of recovery.

Would the Minnesota Wild ironman be ready for the start of 2018-19? Would he even be able to play at all, and if so, would he be the same player? There were doubters.

Suter was ready for the start of the season. For the icing on the cake, he’s also set to play in his 1,000th career NHL game Thursday when the Wild host Los Angeles at Xcel Energy Center.

Thirty-three-year-old Suter will become the 109th defenseman and 325th player in the NHL to reach the 1,000-games mark. It’s actually the second notable milestone for Suter within a week, as he tallied an assist and the game-winning goal Oct. 19 – in Dallas, fittingly – to reach 500 points in his career. He’s the 65th NHL defenseman, and sixth active defenseman, to reach 500 points. After seven seasons in Nashville, Suter is in his seventh season with the Wild.

Not bad for a guy whose only goal when he was younger was to play college hockey at Wisconsin, just like his father and uncles.

“Once I got drafted I realized, ‘OK, this might be an option,’” Suter said, of playing in the NHL. 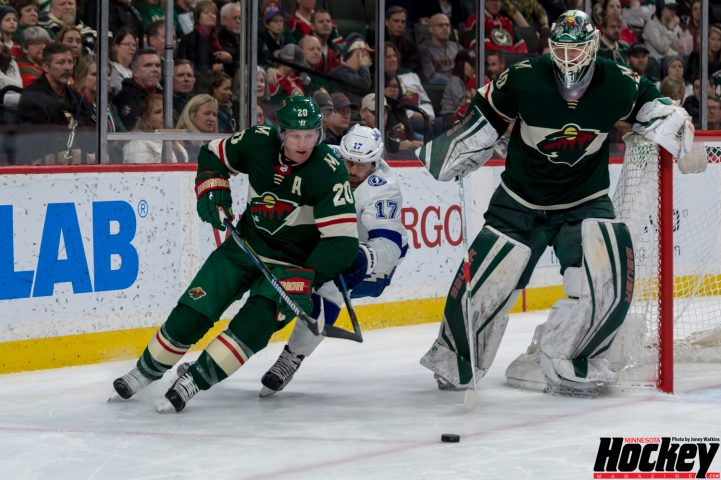 Suter is certainly known for his durability and logging tons of minutes on the ice. In 13 NHL seasons prior to this year, Suter has suited up for a full 82-game season six times, including three of his six years with the Wild. He was going for three-straight seasons of 82 games last spring until his injury in game No. 78. He’s never played less than 70 regular-season games (just toss out that 48-game, lockout-shortened 2012-13 season).

He’s averaged 28:04 time-on-ice per game during his Wild tenure and 25:05 overall in his career. He’s consistently led the league, or been among the leaders, in the category each season. After Thursday, Suter will have 458 games with the Wild. He’s scored 39 goals and 223 assists in Minnesota.

Coach Bruce Boudreau recognizes the longevity and referred to the millenary milestone as a “tremendous accomplishment” for Suter, adding that the defenseman doesn’t come close to getting all the accolades he deserves.

“I don’t think people realize, that’s at least 10 years or 12 years of 80 games a season,” Boudreau said. “Just the durability of that is incredible. The minutes he’s played to get to that is a tremendous honor, and it’s well deserved.”

In some ways, the way Suter makes playing hockey look like a breeze, he’s also made it seem like transitioning back to playing form after his injury was no big deal. Of course, there’s more to it than meets the eye.

“There’s been a lot behind the scenes,” said fellow Wild defenseman, Matt Dumba. “A lot of work that’s gone into getting him to where he needs to be to perform at this level, and he’s done a great job.

“Sutes is awesome. Playing with him, he makes it look a lot easier than it is out there. I think that’s one thing that I’ve always tried to emulate in my game, but it’s not always that easy.”

Zach Parise and Suter will always be saddled together within the Wild, most notably for the identical 13-year, $98 million deals they signed with the Wild on July 4, 2012. As another veteran player in the room, Parise notes how Suter plays with his head up and never in a vulnerable spot.

“Doesn’t take a lot of contact,” Parise said. “He’s just smart about the way he plays that game.

“Once you play with him, you understand how good he is. A lot of times, it’s not flashy. … He’s just steady all around in all the areas.”

Whether it’s part of the penalty kill, power-play unit, trying to close out games or get a tying goal, Suter is a guy you want on the ice, Parise said.

Boudreau said Suter is as-smart or even smarter than 98 percent of the defensemen in the game, so he doesn’t waste energy and knows how to make the right play, take an angle and calm things down if needed.

“He’s an old-school defenseman in a new-school game,” Boudreau said.

The Wild plan to honor Suter’s milestone in a pre-game ceremony Saturday before they face off against the Colorado Avalanche. Suter said the honor of playing 1,000 games is exciting, though something else is still on his mind.

“But I think it’s more important to have a Stanley Cup in your back pocket, so that’s what we’re working on,” Suter said.