A Pain in the Neck 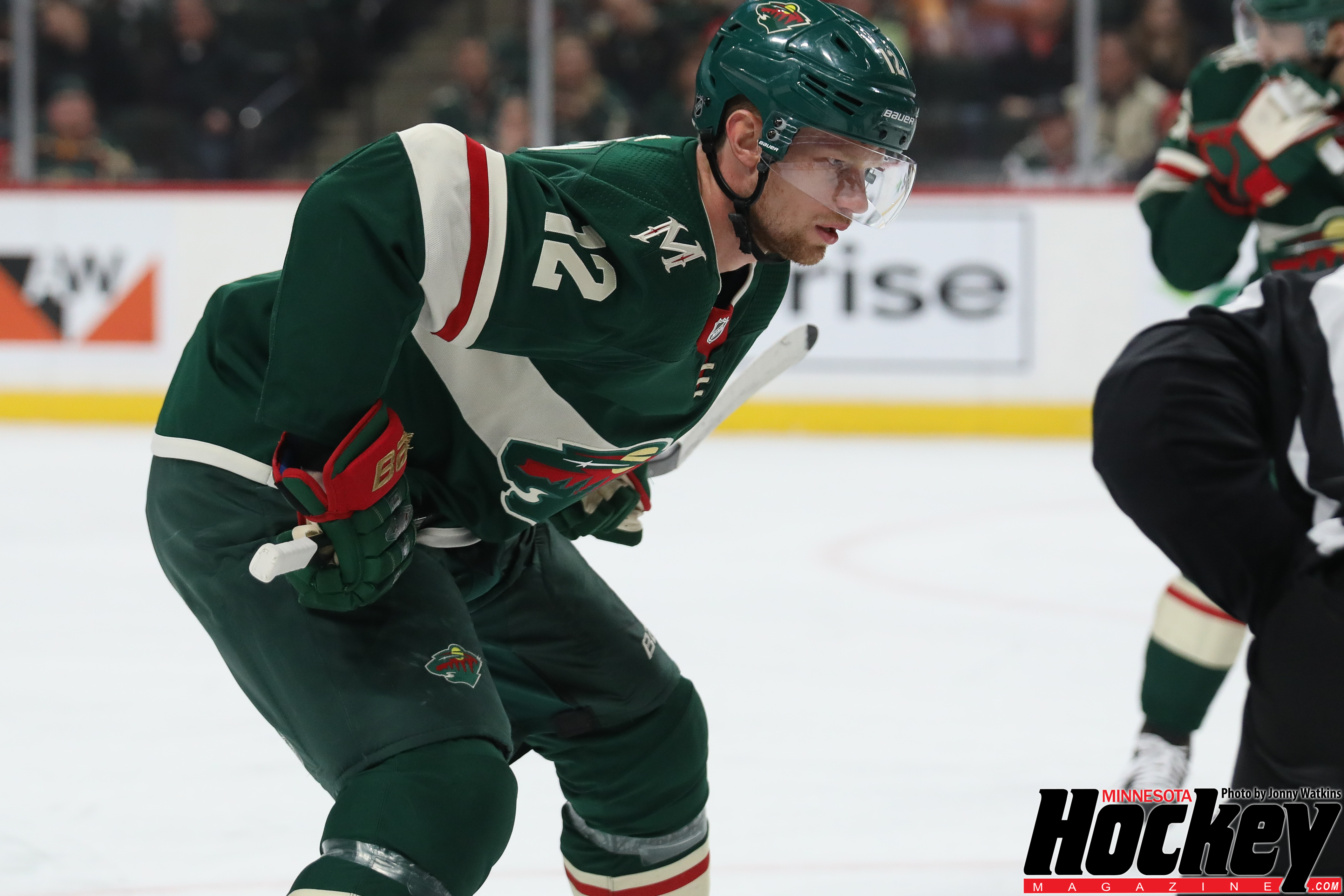 St. Paul — One of the amazing things about sports is how many ways one significant event in a game can be interpreted. No matter how many replays are shown from a multitude of camera angles, at least 20 people in a building of 20,000 can cast doubt upon what they reveal, no matter how unreasonable it may seem.

Exhibit A in Game 4 of Minnesota’s first-round Stanley Cup Playoff series with the Winnipeg Jets came late in the first period of the Wild’s 2-0 loss on Tuesday night and, in the words of Wild coach Bruce Boudreau, “It cost us the game.”

With Minnesota in the midst of a power play, Wild center Eric Staal positioned himself between the circles in front of the Winnipeg net. That’s when Jets defenseman Josh Morrissey blatantly cross-checked Staal in the side of the neck, dropping Minnesota’s regular-season scoring leader to the ice.

Rather than goaltender Devan Dubnyk leaving the ice for an extra attacker in anticipation of a 5-on-3 man advantage, Staal struggled to his feet before slowly making his way to the bench as play went on.

Staal was rightfully upset after the game that Morrissey did not receive even a minor penalty on the play when a major and an ejection would have reasonably fit the crime.

“I’m the tallest guy in the ice, he cross-checked me right in the neck,” Staal said. “There’s not much more you can say, everyone saw it. I don’t know how no one with stripes saw it but that is what it is.”

Staal was also cross checked in the neck by Winnipeg’s Ben Chiarot in Sunday’s Game 3 win, but Chiarot at least took a seat for his infraction that night.

Asked for his take on the play, Boudreau didn’t pull any punches.

“My take is it’s the same take that everybody in the building saw it is the refs looked at it and decided not to call it because we were already on the power play,” Boudreau said.

To add insult to injury, Morrissey assisted on Mark Scheifele’s first goal of the game less than three minutes later in the waning moments of the first period.

“We go from what should be a 5-on-3 to a goal against eventually, and that’s the game winner,” Staal said. “I’m sure he’s going to say he didn’t mean to, but you still have to be aware of your stick.”

As Staal predicted, Morrissey insisted he hit Staal where he did purely by accident saying, “He’s a big guy and my stick ended up getting up a little bit on him.”

“I watched the video afterwards, and we’re battling in front of the net on the penalty kill,” Morrissey added. “I’m actually looking at the puck on the wall, trying to box him out.”

“He’s not even really looking where his stick is at the time he does it,” Maurice deadpanned.

It’s not clear which video Maurice and Morrissey watched, but it certainly wasn’t this one:

The evidence is clear that Morrissey was indeed looking right at his target area and, despite the fact that the on-ice officials failed miserably in this case, some form of punishment is required.

As Wild center Matt Cullen quite accurately said, “I thought that was pretty cut and dry, that was extremely dirty.”

The Wild responded with some solid scoring chances in the second, but Winnipeg goaltender Connor Hellebuyck, as he did all night, stymied Minnesota each time. But it was the chance that Hellebuyck didn’t get a chance to stop that had Boudreau fired up after the game.

“Nino has a breakaway, it’s Morrissey  that breaks it up,” Boudreau said. “He should be out of the game. I’m still a little heated about it but I’ve got to watch what I say. But they were looking right at it and they told us they didn’t see it so you make up your minds.”

Morrissey was asked if he expected to hear from the NHL’s Department of Player Safety regarding potential disciplinary action for the hit. He said it’s out of his control but he was happy to see Staal was OK and able to finish the game.

“I pride myself on playing the game really hard and competing. It’s the playoffs. Everyone’s really aggressive. It was a complete accident. My stick got up a little bit. That’s all I can really say at this time.”