A Parade of Memories 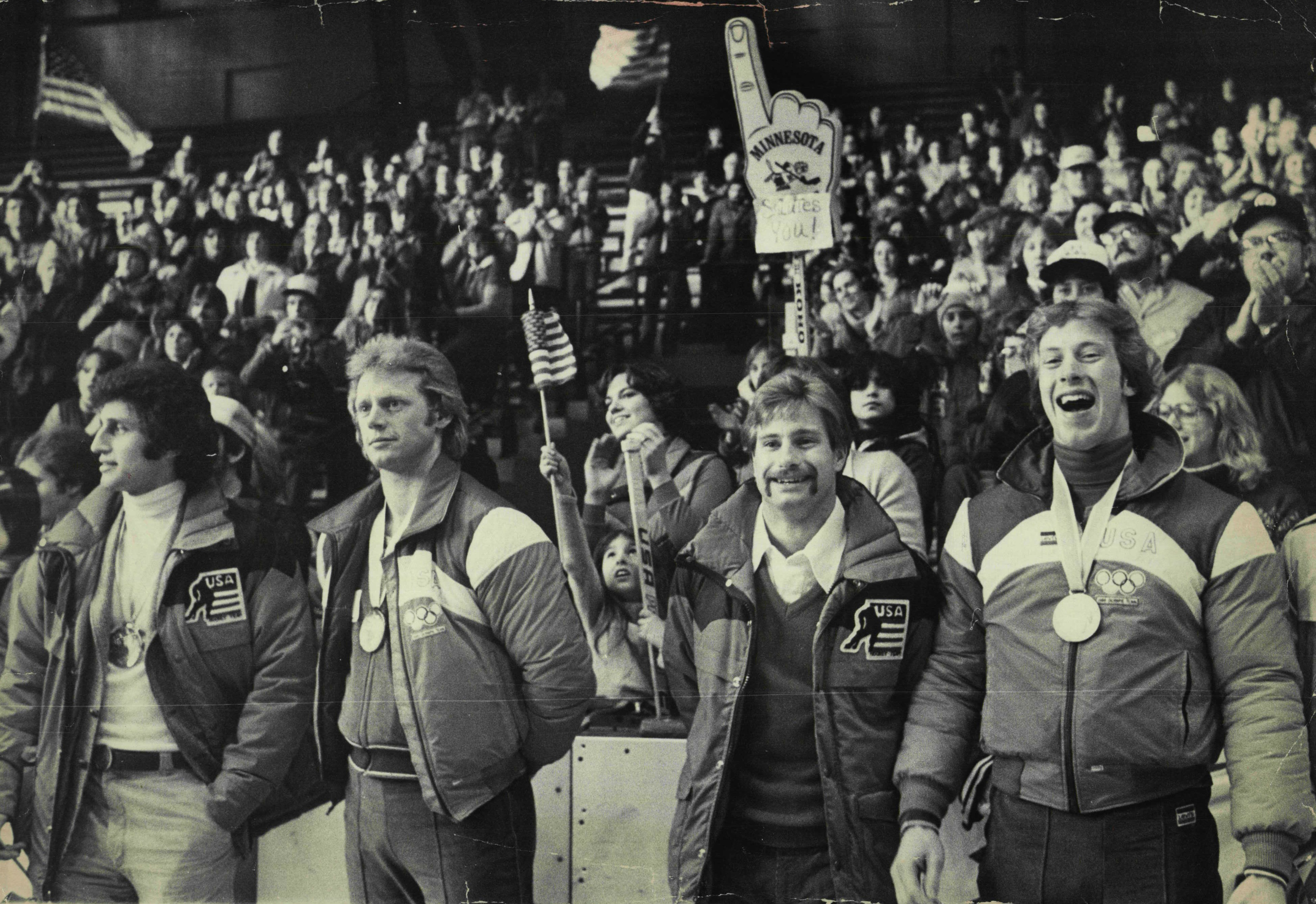 Maybe you weren’t born yet, but you’ve probably seen enough videos and movies, and heard the breathtaking stories recounting of Team USA’s thrilling 4-3 upset over the Soviet Union in the 1980 Winter Olympic hockey tournament, that you can convince yourself you were there, watching!

We all have ways to celebrate things of historic proportions, and this weekend gives all hockey fans in Minnesota the opportunity to pay tribute to the most spectacular event in sports history. Whether you’re in Saint Paul, or Duluth, or in a bookstore, you can reflect on the 40th anniversary of the “Miracle on Ice.”  Team USA, made up mostly of Minnesota college standouts, came from behind three times to upset the powerful Soviet Union 4-3, and went on to beat Finland 4-2 two days later to capture the 1980 Olympic gold at Lake Placid, N.Y.

This Saturday, February 22, there is a free event called “Remember the Day,” focused on the Team USA victory, and choreographed by David Brooks, Herbie’s brother. Dave has created an amazing day of activity. Participants will gather before 1 p.m. right at the Herb Brooks statue near the east entrance of Xcel Center.

“We’ve got a parade with 50 groups in it, and John Mayasich and [Wild owner] Craig Leopold are grand marshalls,” said Dave Brooks. “We’ve got 27 former North Stars and Fighting Saints and other NHL players, and we’ve got 2,000 Peewees, Bantams and Midgets separated onto 12 different teams — each one wearing uniforms the colors of one of the 1980 Olympic teams.

“They’re all in a parade that goes from Herbie’s statue, through Saint Paul, to CHS field, where the St. Paul Saints baseball team plays. When we get to the field, the players will find that we’ve installed a hockey rink on the field, and we’re going to have a tournament, with all 12 teams playing a 30-minute game. It’s all for fun, and it will lead up to the U.S. team playing the Russians in the finale.”

Afterward, the youth hockey players will mingle with former Olympians and ex-pro hockey players on the stadium’s top level, in a suite, become honored guests themselves at a party at the ballpark.

“In the parade, we’re going to be tossing foam pucks to the crowd, and we’ve got 5,000 replica gold medals to give out,” Brooks said. “At the ballpark, we’ve got the suite all set up for a party for the kids and adults. We’re going to have an Olympic opening ceremonies with a torch carrier coming down a slide, and we’ve go a singer to perform the U.S. and Russian national anthems. It should all be over by about 3 p.m., and then we’re going to have the celebrities and former players signing autographs up in the suite.”

It sounds like a fantastic day, and best of all, it’s all free to the public. Dave Brooks, who spends his winter alternating between his new part-time home in Florida and running various business ventures in Saint Paul, put the whole thing together, and it sounds like the perfect tribute for the 1980 Team USA. As usual, Dave Brooks will be in the background as much as he can — the perfect venue for the guy who refers to himself as “HLB” — Herbie’s Little Brother. 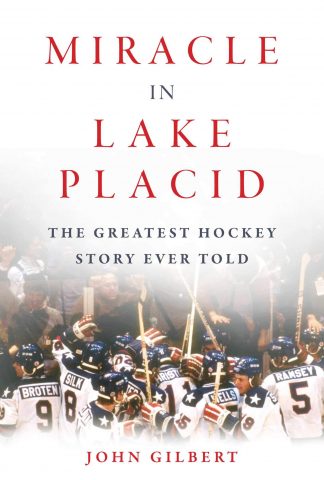 I was in Lake Placid, covering the Olympic hockey tournament in as much depth as I could muster for the Minneapolis Tribune, and I’ve already celebrated the event, and the memory of the event, with a new book, “Miracle in Lake Placid,” published by Skyhorse Publishing of New York, a subsidiary of Simon and Schuster. The book is just out, and I’ve done a few signings, as well as being the subject of two or three national satellite radio interviews. I’ll be able to discuss and sign books at both “Herbie’s,” the restaurant and lounge adjacent to Herbie’s statue, and at the ballpark.

Afterwards, I can hustle back to Duluth for the Saturday night Class 7A semifinals at AMSOIL Arena, where powerful Hermantown will face Eveleth-Gilbert and defending champion Greenway of Coleraine will take on the best Duluth Denfeld team in two decades. When Sunday rolls around, there is more.

My book and I will be a focal point for The Bookstore at Fitger’s “Author Talk” on Sunday, from 1-3 p.m. in the Spirit of the North Theater, up on the third floor of Fitger’s. The bookstore conducts such events every once in a while, when an author of a recent book is either local or available, and I’m working on doing my best to make it a memorable event.

We’ll have exclusive and previously unseen photos from those 1980 games, to provide a fitting backdrop. Anybody with an interest in hockey, or in reminiscing about the 1980 Olympics, can attend, free, for a free-ranging discussion of the inside happenings that led up to that incredible two-week tournament. It produced the most astounding gold medal triumph in Olympic history, and it will be fun. I’ll sign books for as many as we can sell as well.

After that, of course, we can hustle down to AMSOIL Arena where UMD and Wisconsin will tangle in the final game of the regular WCHA Women’s season. UMD needs to stay ahead of Ohio State for third place and a better playoff position, and Wisconsin needs to win to stay ahead of Minnesota for the league championship — for which the winner gets a bye in the quarterfinals.

Not to be overlooked, Mark Johnson, the top scorer on Team USA in then 1980 Olympics, and who scored two goals in that 4-3 stunner over the USSR, just happens to be the coach of the Wisconsin women’s team.

But as a warm-up, think up some questions about the 1980 US team, or about the movie, Miracle, and stop on down to Fitger’s.