A shot and a goal 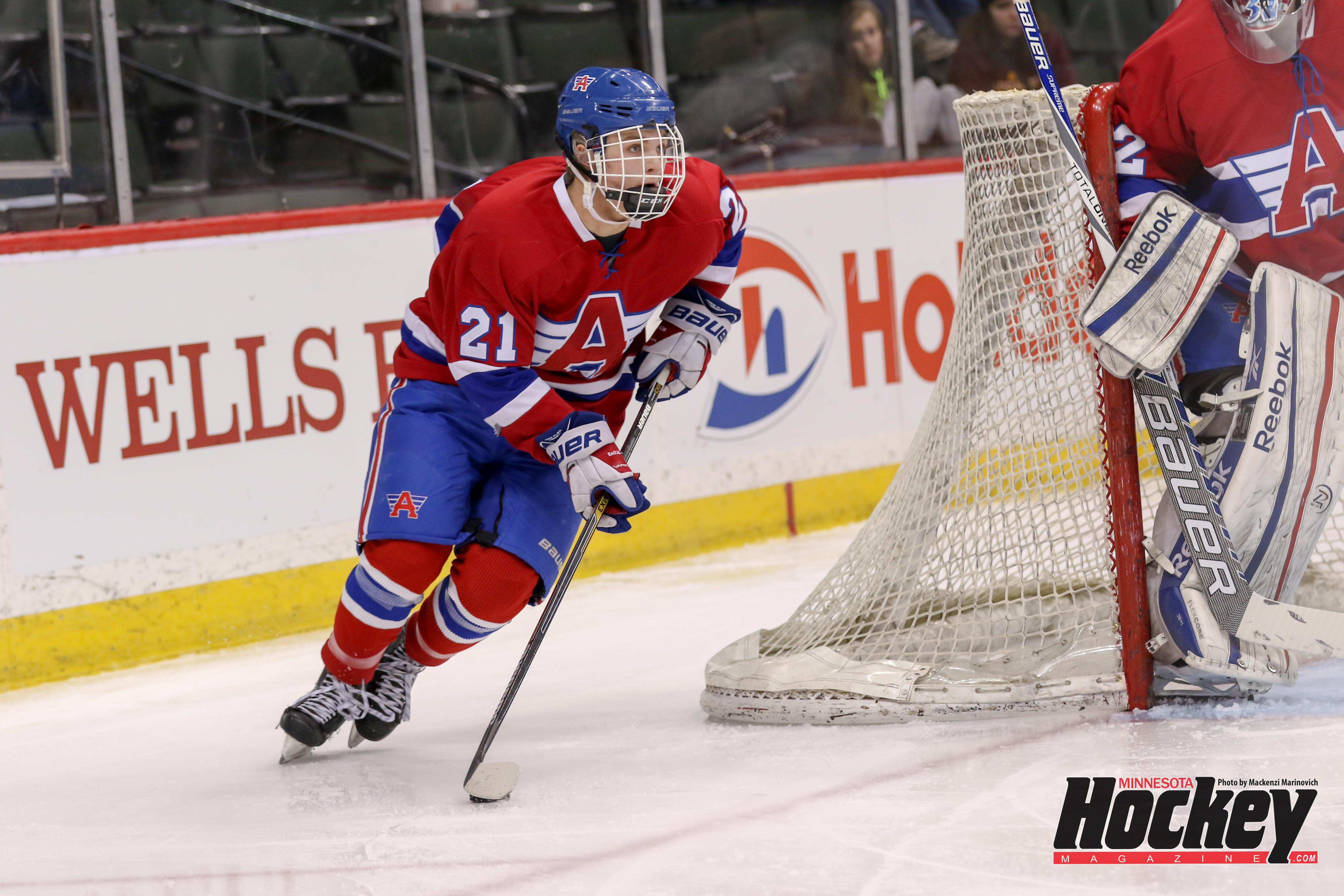 St. Paul — One shot is all it takes and St. Cloud Apollo’s Brandon Bissett made the most of his in the Eagles’ Class 1A state tournament quarterfinal matchup against Breck.

The junior forward’s lone shot of the game came 5:07 into overtime breaking a scoreless tie and to give Apollo a 1-0 win over the Mustangs on Wednesday night at Xcel Energy Center.

Bissett, who said the goal was “a kid’s dream” gave Apollo its first state tournament win in school history after going winless in 1984 and 2013. The Eagles’ reward is a Friday afternoon date with top-seeded Hermantown, 8-0 winners over Spring Lake Park.

“I think we kind of got caught in a change there,” Breck coach Les Larson said of the odd-man rush which led to the goal. “You know you get the long change in the overtime and that’s tough.”

The Mustangs were seeking to claim a fifth state title in their 11th trip to the tournament but Breck coach Les Larson said the Mustangs have no reason to hang their heads.

Just as important to the Apollo win was goalie Nick Althaus who shut out Breck with 25 saves for a hard-earned victory making key saves at what ultimately became critical moments. But it was nothing his teammates hadn’t seen before.

“In the first period there was, I think, two plays where he made really big saves that were right in tight that probably could have been in on just about any other goalie,” Lucia said. “But with Nick back there, we can really rely on him if we have a mistake or lapse in the D-zone.”

The other key to the Eagles’ win was blocked shots. Apollo blocked a lot of them, 25 of them to be precise.

“That’s something we pride ourselves on,” Matanich said. “A lot of times people get frustrated when you start blocking shots and they start doing stuff out of character and that’s what we try to do to other teams.”

The downside for the Eagles is Bisset’s shot was just the 13th in 56:07 of game action, something Apollo will have to improve upon to have a chance against Hermantown. Eagles’ coach Pete Matanich said his team “came out kind of flat offensively” but picked things up as the game wore on.

“I think the guys were pretty nervous coming into the game,” Matanich said. “But for us, as the game wore on, in the third period we had a little more flow, a little better forecheck and in overtime we started to open up a little bit and started to play our hockey and create some turnovers.”