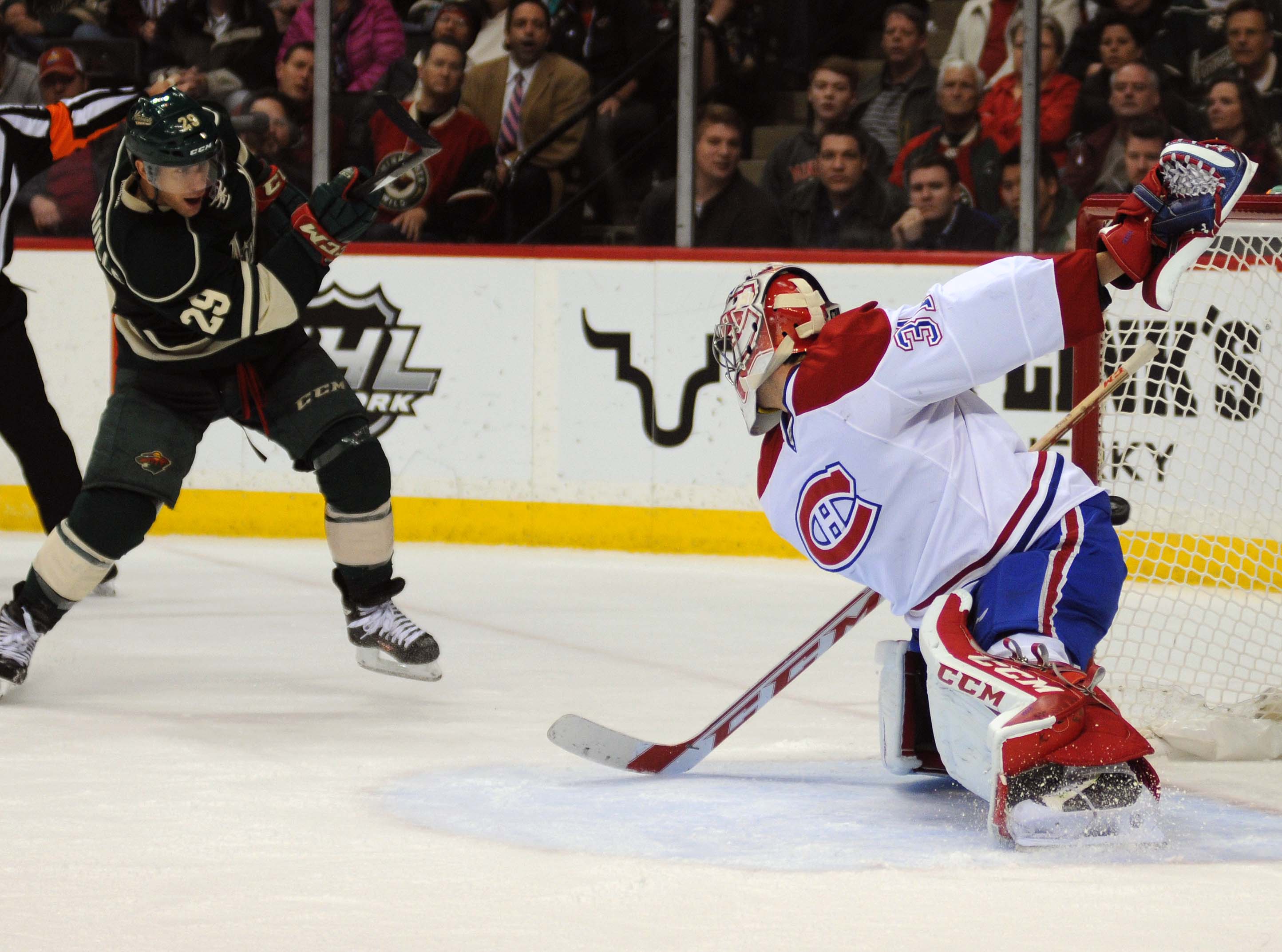 Pominville’s early-season shift from set-up man to sniper paying off for Minnesota. 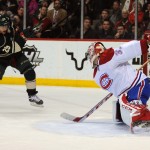 Jason Pominville has always been a scorer. His 475 points in 602 NHL regular-season games is more than enough evidence to prove that. His team-leading ten points through 14 games this season only serve to bolster the argument, but it’s the manner by which Pominville is racking up these points that is intriguing.

A career 3:2 assists-to-goals ratio player (198-277–475), Pominville’s success has come mostly via giving rather than receiving. But after scoring twice—including a dramatic third-period game winner– and picking up his first assist of the season in Friday night’s 4-3 win over Montreal at Xcel Energy Center, Pominville 2013.0 has racked up nine goals to just a single assist.

Pominville offered a theory to explain his early-season goal-scoring prowess.

“Earlier on in the year I was … playing forward on the power play and it kind of gets you closer to the net and I was able to get a few power-play goals,” said Pominville who has often served as a power-play point man in the past. “I think I benefited from that a little bit where I was closer to the net, got a couple rebounds, got a couple nice plays and it was kind of a snowball effect from there.”

The only time Pominville has finished a season with more goals than assists was his rookie year with the Buffalo Sabres in 2005 when he registered 18 goals to go with 12 assists. While Pominville’s assists will likely catch and surpass his goal total by season’s end, the man who sits in a tie atop the NHL with eight goals since Oct. 14 has been a godsend for a Wild team which has struggled to score in the first month of the season.

“Pucks are finding me and I’m finding ways to put them in,” Pominville said. “It’s obviously nice to go out there and make plays and help the team offensively because I think we know we’re capable of doing that.”

Acquired along with a fourth-round pick in 2014 from the Buffalo Sabres late last season, Pominville was immediately under a microscope in the eyes of Wild fans considering what the team gave up for him. The Sabres received goaltender Matt Hackett and forward Johan Larsson—both highly-regarded Wild prospects—in addition to Minnesota’s first-round choice in 2013 and a second rounder in 2014.

He made an impact right away with nine points (4-5–9) in his first 10 games in a Wild sweater until his head met the elbow of Los Angeles Kings captain Dustin Brown on April 23, essentially ending his season. He returned for a pair of first-round playoff games but his impact was negligible at best.

Pominville was set to enter his first full season with Minnesota in the final year of his contract. Wild GM Chuck Fletcher, however, opted to sign the 30-year-old Repentigny, Quebec, native to a five-year contract extension on opening day and the move has clearly paid huge dividends already.

“We talked a lot earlier in the year about finishing,” Wild coach Mike Yeo said. “Some guys need eight scoring chances to score a goal and some guys need one or two. That’s not to say that [Pominville] didn’t have more (on Friday) but he’s certainly a guy that is capable of taking advantage of those opportunities.”

Minnesota held a 2-1 lead over the Canadiens heading into the third period on Friday and added to that early in the third on a Nino Niederreiter goal set up by Mikael Granlund and Pominville. But Montreal scored twice in 3:01 near the middle of the period to tie the game at 3-3 and the Wild were seemingly on the cusp of grasping defeat from the jaws of victory. That’s when Pominville appeared out of nowhere to score the difference-making goal.

Wild defenseman Keith Ballard’s shot from the blue line ricocheted off Zach Parise in the slot to Pominville who fired a shot from near the left edge of the goal crease past stunned Montreal goaltender Carey Price.  It was as if Price couldn’t have imagined Pominville would be there.

“The puck went to the point and I got lost behind the net and was able to get a bounce and put it away,” Pominville said.

Yeo said it’s no accident when players like Pominville often find themselves in the right place at the right time.

“It’s hockey smarts, it’s reading the play and kind of understanding where the traffic might be, where the loose puck might end up and they end up there,” Yeo said. “You can say it’s luck, but quite often there’s a reason why they’re there.”