Absence of NHL might return purity to Olympic hockey 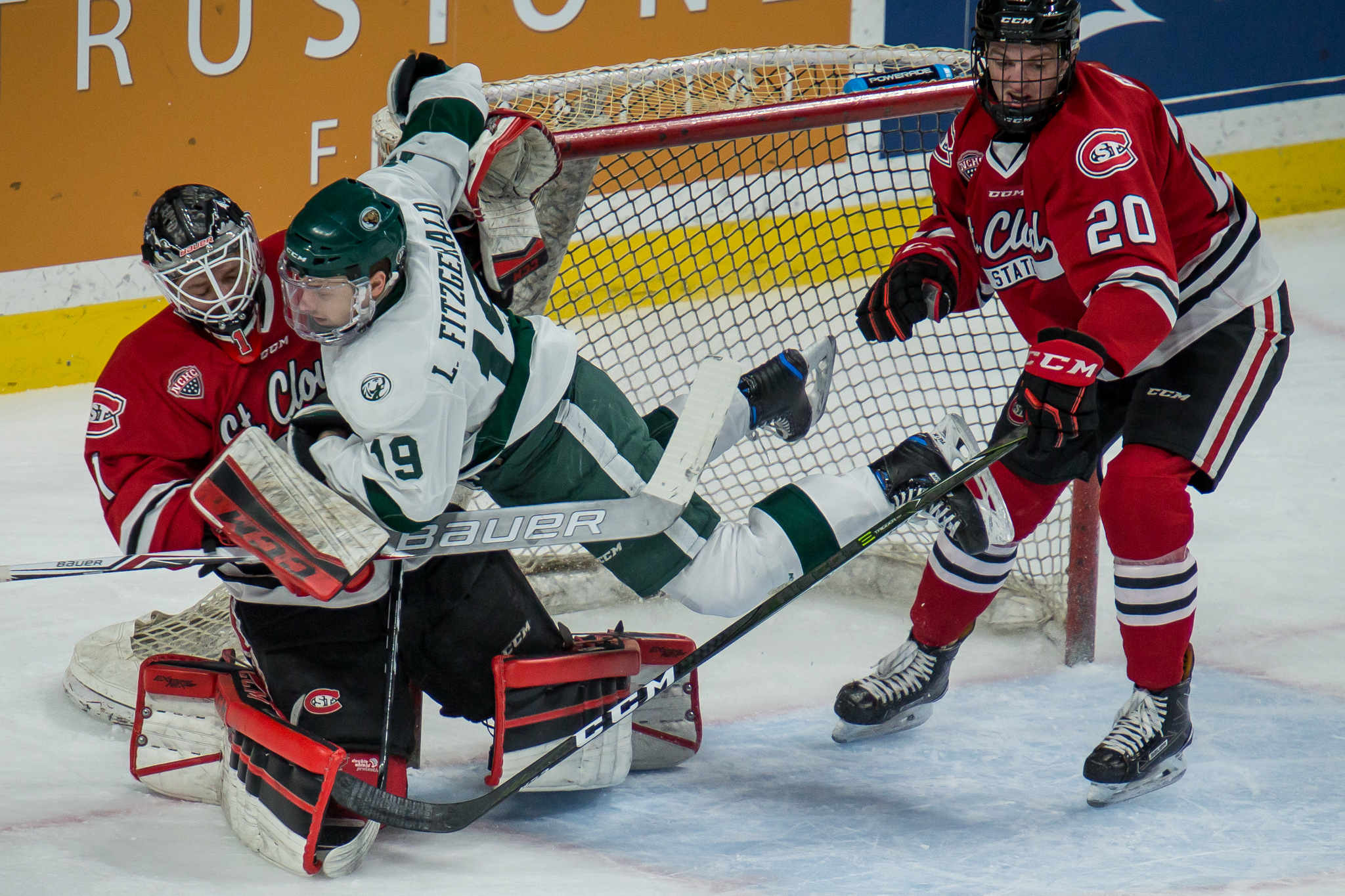 Absence of NHL might return purity to Olympic hockey

Hockey will still be the primary attraction at the 2018 Winter Olympics in South Korea, but it will be out of curiosity more than rampant nationalistic fervor. A whole generation of new hockey fans will be amazed to see the Olympic hockey tournament. completely devoid of National Hockey League superstars.

To that I say “Good riddance.”

That’s not because I dislike the NHL, or the presence of so many high-skilled Europeans playing in the NHL. I love hockey at all levels, and the NHL represents its own pinnacle. But while it was great to see the NHL stars representing their countries, I got to experience two Winter Olympic hockey tournaments, one each way, and I realize that international hockey doesn’t need the dictatorial influence of the NHL, which considers the terms “participation” and “control” as synonymous.

Since 1998, the NHL has closed up shop and allowed its players to return to their national teams, including the U.S., Canada, Russia, Sweden, Finland, the Czech Republic, Slovakia, Germany, Switzerland, Latvia, and any other countries that produce players of NHL quality. The changeover, heralded by most as a true world tournament of the world’s best players, makes this year an abrupt change back. Almost none of the players — even on the U.S. and Canada — will be  close to the NHL household names of the last 20 years. 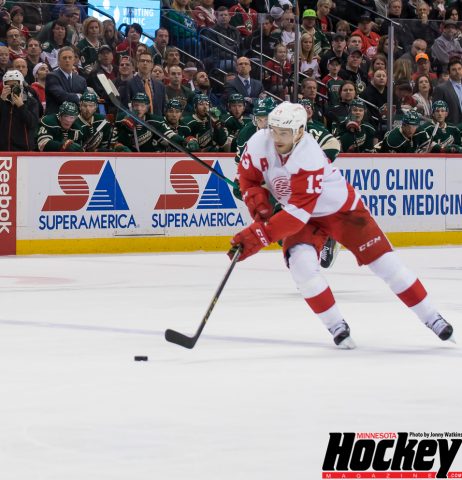 Two notable exceptions make my choice easy for the gold medal: Russia. Or the independent athletes representing Russia, whichever is determined to be valid. Pavel Datsyuk, who was among the best players in the NHL for the past decade, retired from the Detroit Red Wings of the NHL and took his family home to Russia. He is playing in the KHL, the Russian Kontinental Hockey League, which is clearly the second best pro league to the NHL, and Datsyuk is cavorting around like a 20-year-old, making magnificent plays and scoring sensational goals.

In a roster listing of all the members of all the nations, Datsyuk’s name leaps off the page as the best individual player in the Olympics, even as he moves closer to his 40th birthday. Great as he is, Datsyuk’s individual skills are better suited to making his linemates and teammates better. That brings us to Ilya Kovalchuk, a mere pup of 34, and Datsyuk’s teammate on the St. Petersburg KHL team. Presumably they will play together on the Russian team, and alone, they make Russia a prohibitive favorite.

The biggest name on Team USA might be Brian Gionta, former Boston College star who played for New Jersey, Montreal, and Buffalo, choosing to not re-sign with the Sabres after they acquired Jason Pominville from the Wild, in favor of being captain of Team USA. Former St. Cloud State scoring star Garrett Roe, ex-Gopher Ryan Stoa, both playing in Europe, and current WCHA players Troy Terry of Denver and defenseman Will Borgen of St. Cloud State also were named to the roster by coach Tony Granato. 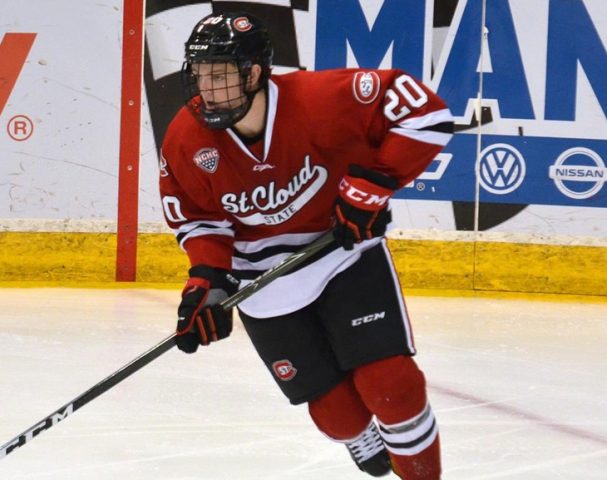 My recommendation would have been to call together representatives from all the college leagues and, just after the first of the year, select a college all-star team to go to the Olympics as Team USA. They would be youthful, exuberant, exciting, highly skilled, and if lacking pro experience, they would have been a huge attraction to the television moguls who are still looking for another miracle.

Canada’s most recognizable names might be Mason Raymond, who starred at UMD and had some strong years with Vancouver in the NHL, before signing to play in Bern, Switzerland, and Chay Genoway, a four-year puck-rushing defenseman and superstar at North Dakota. He was signed by the Minnesota Wild, but got only one game with the parent club, and signed to play for Lada in the KHL.

Very good players, but a considerable distance from Pavel Datsyuk.

To me, the best part of the change to allow NHL players was to level the rink, to coin a phrase, for all countries, compared to the days when Russian and other European players who stayed home to play in their own leagues, where they might have been paid, but they also held jobs or were in the military to remain “amateurs” in the eyes of the Olympics, against the true amateurs from the U.S. and Canada.

And perhaps the worst change in the tournament structure is because of the overwhelming influence of network television money — the only thing more dominant than the NHL. After Herb Brooks led Team USA to its incredible 1980 gold medal, the TV networks who were caught by surprise gathered all its forces for the 1984 Winter Olympics, anticipating another miracle. When the U.S. fell short of unfair expectations, the networks were left with huge plots of time and no Team USA. So they enforced a change to something that U.S. viewers could more easily understand.

Instead of the traditional round-robin preliminary play that led to the top two teams coming together in an extension of that round-robin, which is why top-seeded Soviets and Sweden were scheduled in the final game, so the U.S. had to play the Soviets in the next-to-last round, then face Finland on the final day. Viewers who recall that might remember that the U.S. networks taped the game and played it back in prime time, while Canada television simply adjusted to show the gold-medal game live, in the afternoon.

Apparently, U.S. viewers aren’t considered bright enough to figure out the unique and compelling round-robin structure, and must have an NCAA-basketball-like bracket of quarterfinals, semifinals and final. That, presumably, will never change back.

After the NHL let its players loose to play in 1998 at Nagano, Japan, the next turn was 2002 in Salt Lake City, and I had the opportunity to lead one of the dozen separate staffs for the Olympic Committee, with our responsibility the intra-net computer reporting on hockey for all the on-site media types who couldn’t cover all the simultaneous events. Immediately after games, we sent a result piece, press conference story, and various pertinent sidebar features. It was fun and gratifying to watch up close and from the inside, particularly because Herb Brooks coached Team USA.

We also produced off-game-day features, and I wrote one about how unfair it was of the NHL to hold all its players back until the day before the games actually started. Some of the lesser countries, including Latvia, had its hopes pinned to only a couple of standout players, and because the NHL wouldn’t release them, their plane was landing as Latvia was being eliminated in a preliminary round game. I wrote about it.

Next thing I knew, a quite-abrasive fellow from the NHL office was present, and assumed control over what I was controlling, editing and even delaying the deadlline stories we produced, to assure any information going to the world’s media would be positive PR for the NHL, rather than incisive facts we accumulated. When I had a long discussion about the situation with the Olympic Committee’s very astute media director, he hesitantly explained to me that he was powerless to do anything to counter the NHL’s control.

Of course, the NHL was just as eager for Canada to win as the U.S., and when Canada beat the U.S. team in the gold medal final, any observer of the media enclosure would have been certain the Games were being held in a Canadian city as in the U.S.  Another strong NHL influence was to get the Olympic tournament played on NHL size rinks, rather than the traditional 200×100 international ice sheets, which allow much more playmaking and skating and much less forced congestion.

The more recent games are in harsh contrast to the purity of coverage in Lake Placid, N.Y., in 1980, when I had the thrill of covering all the hockey in the most spectacular Winter Olympics hockey tournament ever. That, also, was a Herb Brooks production, only at that time the official pros of the NHL were not allowed, and only the European pros who were employed outside their hockey endeavors were allowed. That meant all the players from the Soviet Union, Sweden, Finland, the Czechs, Germany and others were essentially pros, while Brooks conquered all with his college-based team that included a dozen Minnesotans and seven from his 1979 University of Minnesota NCAA champions.

That truly was a “Miracle on Ice,” and covering it was extra special because nobody thought the U.S. had a chance, and almost none of the other media people knew anything about the U.S. players, who had trained for the previous year based in Met Center in Bloomington.

My favorite recollections are from watching all the games I could, marveling at the skill level of the Soviets and the Swedish and Finnish teams, because our apartment was a last-moment deal at a home across the street from the high school, which was the Olympic Media Center, and the adjacent arena, where all the games were.

My other favorite moment was when Brooks walked off from the interview room the day after the U.S. had stunned powerful Sweden with a 2-2 tie in the last minute. Brooks had confided in me that he didn’t want to bring two players to post-game media sessions, but figured he had to, right up until the Soviets said they would not. That allowed Brooks, still striving for East-West unity, to leave his players in their dressing room while he met the media. New York columnist Mike Lupica ripped him for being so egotistical he would not allow any of his players to be interviewed — which was far easier than to go out into the cold night air and interview whichever players he wanted to, if he only knew them. Brooks declared that if the columnist he’d never met thought he was coming alone because of his ego, from then on the media could talk to his assistant, Craig Patrick, because Brooks wouldn’t be coming to any more interview sessions.

I told Brooks he shouldn’t give up the world stage, and he told me he had arranged with the arena manager to hide out in his office after games, in an area the media could not get to, and that I could meet him in that office after every game. That meant I got exclusive interviews with Herb Brooks after every U.S. game, and still have time to race outside and talk to every U.S. player as they departed after showering and dressing.

It remains a highlight of my career, and maybe one of the best parts of it was that any reporter could use instincts and personal initiative to cover the players and the Games as best they could. A far cry from what was to transpire in the six Winter Olympics tournaments since then.

Note to readers: This article will be in the soon-to-be-published February Winter Special Edition of Minnesota Hockey Magazine that features Hockey Day Minnesota 2018 and St. Cloud hockey.  It will be available in print at store newsstands across Minnesota including Target and Walmart.  Digital issue will be available on the PressPad mobile app platform for Minnesota Hockey Magazine via Apple Store and Amazon/Kindle.  If you want to get it free, subscribe to our e-Edition and it will be sent directly to your email box.  Thanks.  MHM Staff