And then there were 10 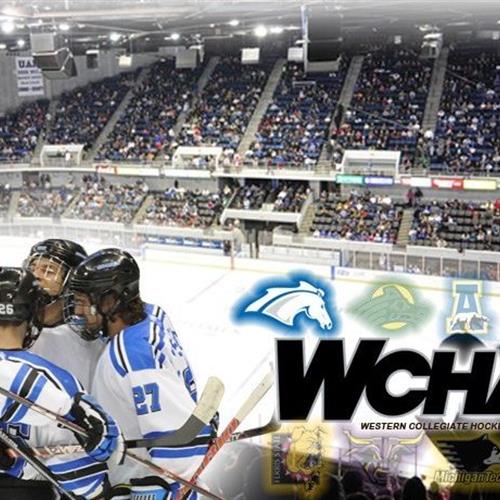 WCHA officials make the right call in bringing Alabama-Huntsville aboard.

The University of Alabama-Huntsville hockey team’s vagabond days will soon be a fading memory. After three seasons competing as an independent, the Chargers found a home on Jan. 17 when a group of present and future Western Collegiate Hockey Association team Presidents and Athletic Directors voted unanimously to accept UAH’s membership application at its league meetings in Grapevine, TX.

The vote followed Alabama-Huntsville’s formal presentation, led by UAH President Robert Altenkirch, before representatives of Alaska-Anchorage, Alaska-Fairbanks, Bemidji State, Bowling Green State, Ferris State, Lake Superior State, Michigan Tech, Minnesota State, and Northern Michigan, all of which comprise the roster of nine schools already set to launch as the “new” WCHA in 2013-14. The Chargers are expected to waste no time joining their new brethren as soon as next season.

“We’re pleased that our ice hockey team is going to have the opportunity to compete and grow in a NCAA Division 1 conference,” Altenkirch said in a statement. “We want to thank the WCHA and its member institutions for their confidence in allowing us to be a part of their conference. Their affirmative vote will invigorate our ability to maintain our great hockey tradition.”

“All athletic programs experience special defining moments, and our hockey program’s acceptance today into the Western Collegiate Hockey Association is certainly one of those moments,” UAH Director of Athletics Dr. E.J. Brophy said in the release.

Despite its geographical challenges, UAH has a proud history of success. The Chargers were a Division II power, winning two national titles in four tries against current WCHA member, Bemidji State in the 1990’s before the NCAA dissolved championship play at that level in 1998. The rivalry with the Beavers survived the move to Division I as the two schools became charter members of College Hockey America in 1999.

Of the remaining four members of the CHA when it disbanded following the 2009-10 season, all but Alabama-Huntsville found new homes (Niagara and Robert Morris with Atlantic Hockey and BSU with the WCHA). The Chargers applied to the CCHA after Nebraska-Omaha jumped to the WCHA but the request was denied leaving UAH to compete as an independent.

The Chargers have since struggled to fill their schedules and, with teams not willing to travel south, have spent a majority of their time on the road. In fact, UAH closed out its 2012-13 home schedule on Jan. 12 defeating the University of Oklahoma’s club team, currently ranked No. 5 in the ACHA Division I rankings, 4-0 in just its 10th home game. Only four road games remain for the Chargers this season.

UAH’s 2012-13 schedule is dotted with ACHA and NCAA Division III teams due, in large part, to then interim school president Malcolm Portera’s Oct. 2011 announcement that the program’s 2011-12 season would be its last in Division I. Although a spirited campaign by boosters and alumni resulted in a stay of execution for the Chargers, the damage was done as several schools had already replaced UAH on their schedules.

From a sentimental standpoint, the league did the right thing in admitting Alabama-Huntsville. After all, the “new WCHA” teams know a thing or two about being kicked to the curb, so to speak.

Penn State announced in 2010 that the Nittany Lions would be making the move to Division I, making it the sixth Big Ten school to do so joining Minnesota, Michigan, Michigan State, Wisconsin, and Ohio State. With a minimum of six teams required for a conference to receive an automatic bid to the NCAA tournament, this triggered the inevitable decision by the Big Ten Conference to sanction men’s hockey beginning with the 2013-14 season.

The departures of Minnesota and Wisconsin to the WCHA and Michigan, Michigan State and Ohio State from the CCHA prompted landscape-altering changes in NCAA men’s Division I hockey. Soon Denver, Colorado College, North Dakota, Minnesota-Duluth, and Nebraska Omaha—and later St. Cloud State—announced their exodus from the WCHA to align themselves with CCHA defectors Miami and Western Michigan to form the National Collegiate Hockey Conference. Attempts to lure a third CCHA school, Notre Dame, failed when the Irish chose to sign on with Hockey East.

In the wake of these changes, five CCHA and four WCHA schools were left to consider their future since neither conference was left with enough teams to garner an automatic NCAA bid. Common sense dictated a merger and that is what ultimately happened as they came together under the WCHA umbrella.

One doesn’t need to look hard to find irony in the fact that Alabama-Huntsville finally found a home as the CCHA is in the midst of skating the second half of its swan-song season. Or that the WCHA is now a 10-team league whereas the Big Ten will be four short of that.

Seeing the big picture and what it means

While college hockey fans may not possess strength in numbers they are a fiercely passionate and protective lot where their favorite sport is concerned. With a mere 58 Division I men’s hockey teams nationwide, the loss of just one of them, even a struggling program such as UAH, is taken personally.

“Growing the game and assisting developing programs however possible has always been a charge of the WCHA and this is another positive evolution in our history,” Dr. Richard Davenport, President of Minnesota State University, Mankato and Chair of the WCHA President’s Group, and Bruce McLeod, Commissioner of the WCHA, said in a joint statement. “The University of Alabama in Huntsville is a dynamic, top-quality institution with an excellent academic and athletic reputation and without question the Chargers are going to be a great fit and a successful, contributing member.”

With that said, the WCHA deserves tremendous credit for rescuing a program which, despite its administration’s recently-upgraded commitment to college hockey, faced an uncertain long-tem future. How long could Alabama-Huntsville have realistically survived without the benefit of a conference affiliation and the legitimacy it provides in the eyes of prospective recruits?

“We can go to the kids’ living room and tell their parents we’re in the WCHA,” new UAH head coach Kurt Kleinendorst told The Huntsville Times. “That league carries a lot of weight.

“The dynamics of our program will be improved; it’s been difficult to recruit as an independent.”

Additionally, admission into the WCHA will bring with it a full home schedule of far greater caliber meaning more paying customers in Huntsville’s 6,602 seat Von Braun Center. Even a piece of an inevitably-shrinking conference tournament pie is an upgrade for the Chargers.

But Altenkirch said it’s just the first step in the migration from a questionable future to a promising one.

“Today, we cleared one hurdle,” Altenkirch said. “We look for continued and expanded community support to help us meet the challenge of creating long-term sustainability for our ice hockey program.”

Although his school is leaving the conference in a few months, Gopher coach Don Lucia said on his weekly radio program that Alabama-Huntsville getting into the league is great.

“It’s just another opportunity for kids to play college hockey, coaches to coach in college hockey in a footprint that’s in a non-traditional area,” Lucia said. “Maybe it can spread someday.”

However, sentimentality and feel-good stories don’t pay the bills and don’t in and of themselves produce unanimous votes by those on the business end of college hockey. These matters require a quid pro quo of sorts to seal the deal.

For starters, adding a 10th team to the mix provides scheduling balance over a nine-team league and eliminates the need to award a first-round bye in the conference tournament. Although with schedules forged years in advance, the Chargers won’t benefit from a full WCHA schedule for perhaps a year or two meaning, like Minnesota State in its formative DI years, Alabama-Huntsville is looking at a No. 10 seed in the conference playoffs until then.

Brophy alluded to UAH’s Tier I ranking by the Carnegie Foundation in a Huntsville Times story, making it highest in the WCHA which will elevate its academic standing.

“We have a lot to offer,” he said in the Times story. “Our hockey players had a 3.13 GPA in the fall … and that’s with all the travel and playing.”

UAH also has agreed to join fellow new member Alaska-Fairbanks in offering travel subsidies to the rest of the league in a similar manner to what Alaska-Anchorage has done since its admission in 1993. Details of that are still being worked out.

But on a day likely best described as the most monumental in Alabama-Huntsville hockey history, its Athletics Director’s focus was far from 10th seeds and airfare.

“The last time we were in a conference, we won the conference tournament and advanced to the NCAA tournament, which will be our immediate and ambitious goal when we begin play in the WCHA,” Brophy said. “It is a banner day for the Chargers.”