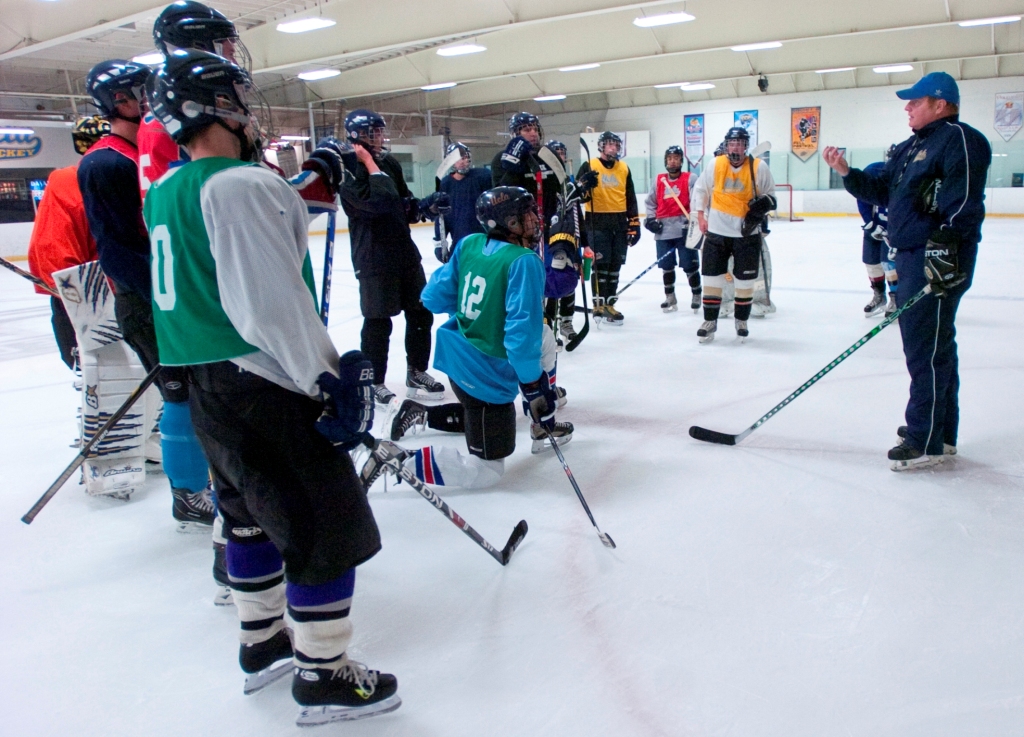 Tryout season arrived last week, and my 12-year-old demanded an assessment of his chances after the first session.  It went something like this …

Post-practice child (carrying the scent of a long-dead Yak) asks, “What team do you think I’ll make?”

Father that has sworn off car coaching (sort of), facing the open window, between gags replies, “You’re on the bubble, keep working hard and see where you end up.”

That’s become my stock answer, and that’s all he’s getting.  As a second year Pee Wee, he doesn’t need an adult to piece together the tryout/placement puzzle anymore.  He’s skated with the kids in our organization long enough to know where he falls as they step on the ice for the first session, and has a pretty good read on his competition.

As a parent, I’m liking his situational awareness.  Maybe it will provide the push he needs to bring more effort to hockey AND other components of his life. 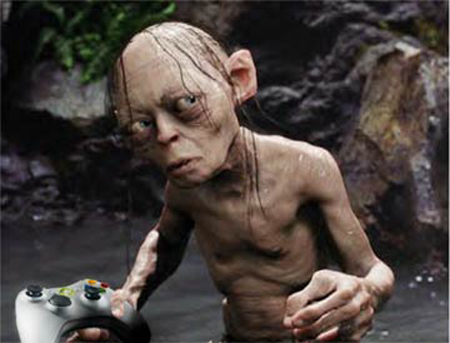 As it stands, his post-homework options are a) the iPhone (the only time it leaves his sight is when he goes somewhere with friends, and we may need to reach him) OR b) The iPad (school provided, used primarily for fantasy football and hockey leagues) OR c) The iWannaplayxbox, otherwise known as “the precious” … don’t you just love it when they emerge from the basement all Gollum-like after a healthy afternoon of gaming.

Or maybe I’m jealous because he whoops me in whatever NHL video game we’re playing and the ridicule is hurtful to this former Donkey Kong King … either way IT HAS TO STOP!

So when I catch him mentally creating the A team roster and then working his way through the competition for the other squads, I’m hoping he’s connecting the dots between effort and achievement.  If he succeeds in his stated quest to jump a couple of levels, I’ll have another tool in my belt to motivate him in other endeavors.

That’s the hoped-for outcome – work hard and be recognized for the effort.

As anyone who’s spent time in sports knows, it doesn’t always play out that way.  Sometimes all the hard work in the world doesn’t get you where you want to be and that’s a painful lesson to learn at any age.

As a C-level coach last season, I got to make the tough phone calls to the kids (including my own) that felt like they deserved a better fate.  Nothing (I say sarcastically) beats the thrill of having a young man crying on the other end of the line because he has to go to school the next day and face his peers – who jumped up a level … nothing except the occasional full body acid bath or Ariana Grande’s greatest hits – on repeat – turned up to 10.  It’s. No. Fun.

That’s a heartbreaking moment for kids, parents and even coaches.  But if you play our game in an association, there’s no avoiding it.  Association hockey is (wisely) tiered so kids are skating against kids with similar skills.  It makes the competition fair and in no way diminishes their in-season achievements.

Nor should it remove any of the fun, and that’s my message for him – and all the kids I coach.  Regardless of the level you’re playing, you go out and compete just like the other kids.  You also have fun in the locker room and on road trips and smell like a decomposing Himalayan bovid after practice and games.

And, getting back to the tryout process, there might just be a life lesson or two taught along the way.  Enjoying success or learning from failure are part of the deal.  Maybe he doesn’t make the team he targeted, but he’s getting better every time he steps on the ice because he’s learned to listen to the people guiding him and is working hard.

I’ll gladly take that as a silver lining because it will carry over into school, and jobs, and college, and whatever career he chooses (currently topping the list is the NHL General Manager, which is why he is allowed to waste valuable studying time playing fantasy hockey).

And marriage too. You know how the kids nod their head when the coach asks ‘do you understand the drill?’ and then go out and do it entirely wrong?  That’s early husband training; he’ll need that skill as he gets older.

So ultimately, I don’t care which team he ends up on, as long as he works hard, gets along with his teammates and listens to his coach in practice.  Check those three boxes and we’re going to have a great year!

Oh, and showers after practice … that dead Yak smell doesn’t go away by itself.

Following last month’s debut of this column, a representative of the public relations department of USA Hockey reached out to our esteemed editor, contesting my assertion that a member of their staff may have written the open letter from the “Anonymous Hockey Mom.”

I’ll gladly accept and acknowledge their denial, but add this caveat:  No one that uses the written word to further an agenda should publish something written anonymously.  If you feel strongly enough to write and/or print something, you had darn well better have the backbone to attach a name to the piece.

I’m a big supporter of USA Hockey and the ADM, but they can get awfully preachy when it comes to the topic of limiting kids’ hockey time.  That piece pushed me over the top and it wasn’t due to the content, it was because whoever wrote it lacked the courage – and commitment to the message – to sign their name.  That’s the kind of stuff that flies online in creepy chat rooms and message boards.  USA Hockey should do better.