Andover skated to a 7-1 win over Farmington. 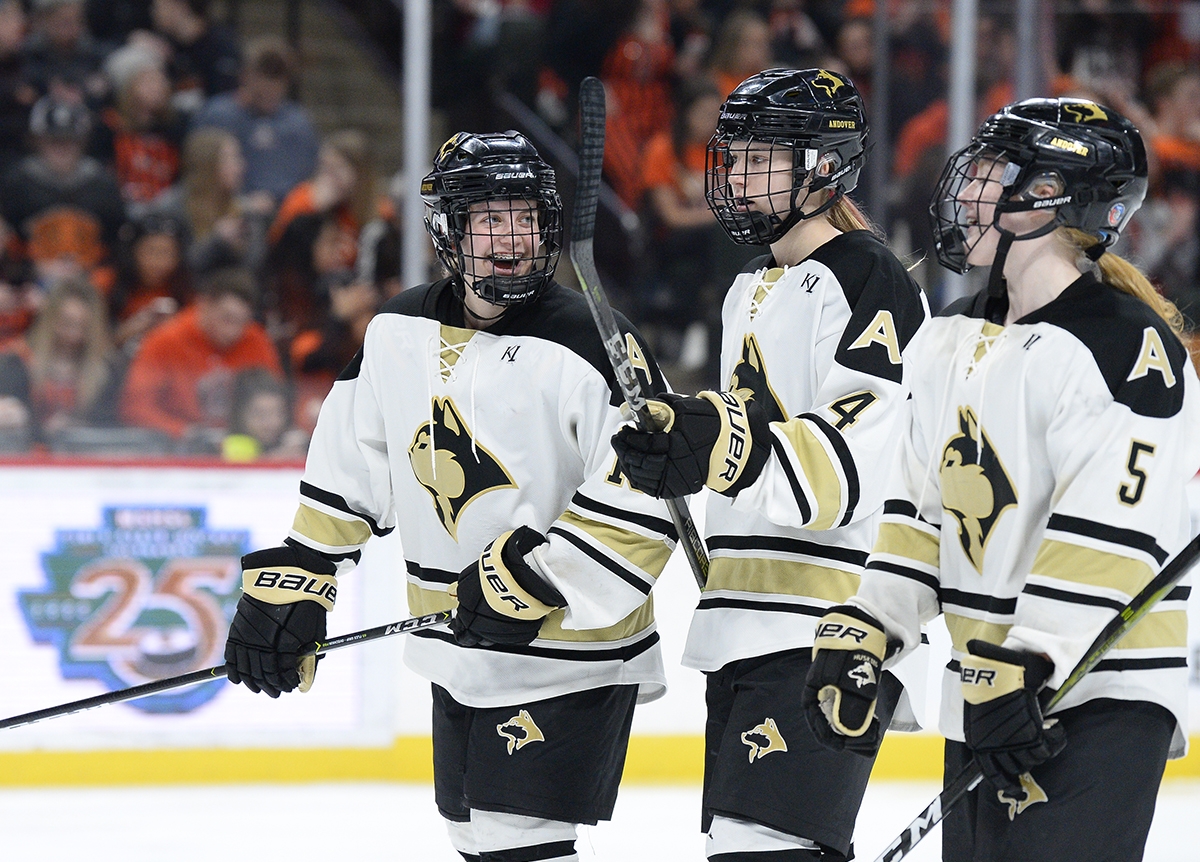 The top line of the Andover Huskies girls hockey team is an impressive trio.

Peyton Hemp, Jamie Nelson and Gabby Krause combined for 159 points in the regular season, making them one of the best lines in the state.

So it didn’t take long for them to help Andover to a 7-1 win over the Farmington Tigers at the 2019 state tournament quarterfinal round. After Nelson netted the first goal at the 5:48 mark, Krause found twine twice before the first period ended.

“I feel like there’s telepathy,” said Hemp after the win. “It’s weird to say, but playing with Gabby, somehow I just know to cycle it to her because I just know she should be there. And same with Jamie, I just know she’s going to be there.”

“The biggest thing I like to see is they move the puck so well unselfishly,” said head coach Melissa Volk. “So it’s really cool because the other kids below see it, and say, hey keep moving the puck, keep moving the puck; then I can be individually successful.”

What’s more impressive is the line will likely be leaving their mark in high school hockey for years to come. Both Krause and Hemp are sophomores, while Nelson’s a junior.

All three ended up scoring goals and the three finished with nine total points in the victory.

Even though their top line is impressive, it’s still a team effort that’s carried Andover this season.  All in all, six different players lit the lamp for the Huskies who are now just two wins away from a state title.

It wasn’t the result the Farmington Tigers wanted, but the experience of being at the state tournament was a special moment. Farmington has the youngest roster in this year’s field. The majority of their roster is made up of underclassmen and playing in the tournament will make them hungrier to return.

“Being so young, we had one of our assistant coaches who said in the locker room who was a part of that Red Wing boys team that lost 10-3 to Warroad in 1996,” said head coach Jon Holmes. “And they came back next year to win the state tournament. So a lot of things you can take from it. At the same point it’s tough, but we’re young and we fully expect them to bounce back tomorrow.”