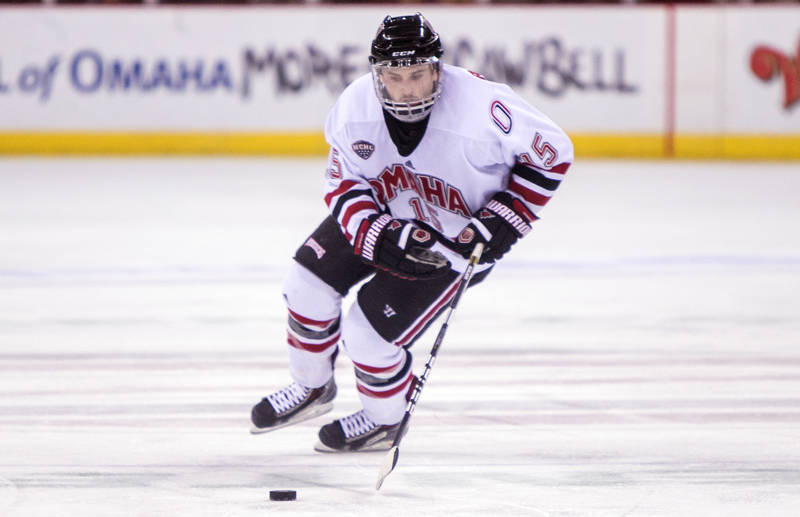 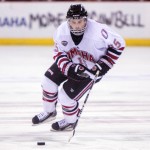 Featured Image:
UNO Junior Josh Archibald leads the NCHC with 14 goals and is tied for third in the NCAA.
(Courtesy: Jeff Beiermann/Omaha Athletics)

Archibald led the Mavericks in scoring last week with three goals and an assist in a pair of road games at New Hampshire.  The Mavericks lost, 6-3 and 5-2.

Archibald scored the first goal of the game on Friday and tallied the second directly after blocking a shot in the third period.  He also had the game’s first goal on Saturday.  He scored the three goals on just five shots for a shooting percentage of 60 percent and also had two blocks for the weekend.

Archibald leads the Mavericks in goals with 14 and points with 21.  His goal total ranks first in the NCHC while his point total is fourth.  He is tied for third in the nation in goals and ranks third with an average of .78 goals per game.  The native of Brainerd, Minn. is just five goals from tying his career high.