Back on the Blue Line 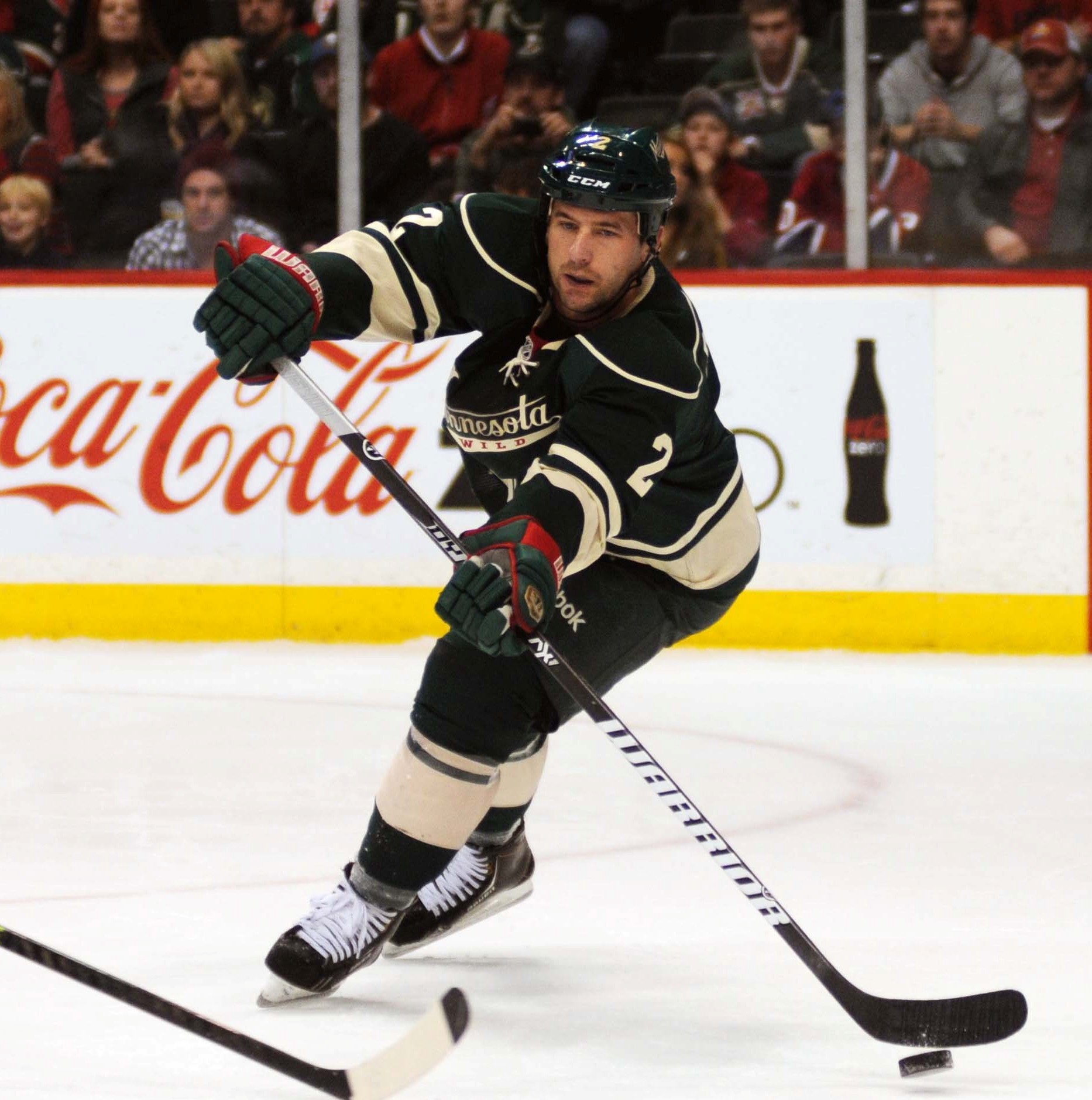 Featured Image:
Minnesota defenseman Keith Ballard passes the puck up the ice in the second period of the Wild’s 4-3 win over the Montreal Canadiens on Nov. 1, 2013, in St. Paul, Minn. Friday (MHM Photo / Jordan Doffing)

Keith Ballard leads a quartet of Wild wounded back to the Minnesota lineup.

A crowd of 18,207 Wild fans welcomed freshly shaven Movember faces and a collection of fresh-off-the-IR hockey players on Friday at the Xcel Energy Center where the Wild won a hard-fought game against the Montreal Canadiens 4-3. Minnesota saw the return of Keith Ballard, Jonas Brodin, Josh Harding and Charlie Coyle while the Canadiens welcomed back their seasoned tough guy and master of the mustache, George Parros.

Minnesota received solid contributions from its returnees beginning with Harding who made 28 saves in raising his record to 6-2-1 on the season including 5-0-0 at home. Brodin wore a full face shield after missing three games with a broken cheekbone and led the team with 26:54 of ice time. Coyle logged 18:23 in his return from an 11-game absence due to a knee strain and Ballard chipped in a pair of assists and was a plus-2 in his debut following a seven-game hiatus with an upper-body injury.

When an injured player returns to the lineup, pressure from external influences not only plays a role, but in some cases internal pressure can affect how a player performs as well.

“Some guys tend to beat themselves down a little bit too much and that can wear on you,” Ballard said. “You can almost talk yourself into thinking you aren’t doing anything well when actually, you are. I try to just take a step back and take a broad perspective.” 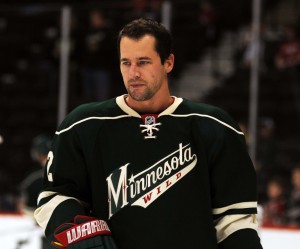 Ballard is a realist when it comes to his return to the ice and spoke candidly about his first night back in the lineup, saying his performance was close to what he expected.

“I think there were some good moments, I thought there were some OK moments,” Ballard said. “It was more trying to keep myself out of trouble; make smart plays, not over-extend anything as far as shifts or what I’m trying to do with the puck or run around or anything like that.”

While Ballard felt his play was OK to good, Wild coach Mike Yeo was clearly pleased to have the former Gopher defenseman, and Baudette native, back in the lineup for multiple reasons.

“Obviously, offensively he adds a lot to us on the blue line with his ability to move along the blue line to open lanes to get shots through,” Yeo said. “But defensively he’s just such a strong skater and he relieves so much pressure.

“He’s got that first two steps that he can get himself out of trouble and have the composure to make a play from there too.”

To be a strong defenseman in the NHL is already enough of a challenge, but facing sitting out and returning just as the season begins to heat up can be a daunting task for any player.

“As the season goes on everybody gets sharper, teams get a little more crisp, so it’s tough to jump into the lineup and expect perfection,” said Ballard. “As a player it’s up to you. I try to simplify my game when I’ve been out a bit and that’s worked for me in the past and I think tonight was about where I want to be.”

While Ballard may be back and everyone felt his play was up to par, the Minnesota native pointed out injury or not, there is always room for improvement.

“I think my execution needs to be a bit sharper … you can play 30 games in a row and there will still be games you don’t execute,” he explained. “So I don’t think it’s about being out or not being out, I think I just need to sharpen up a little bit.”

As Ballard’s continues to sharpen his game it can mean only one thing for the Wild, a force on the blue line other teams will envy … if they don’t already.

**Be sure to follow @MNHockeyMag for all the latest news and information on your favorite Minnesota teams! You can also follow the author of this article @AmySnow17!**