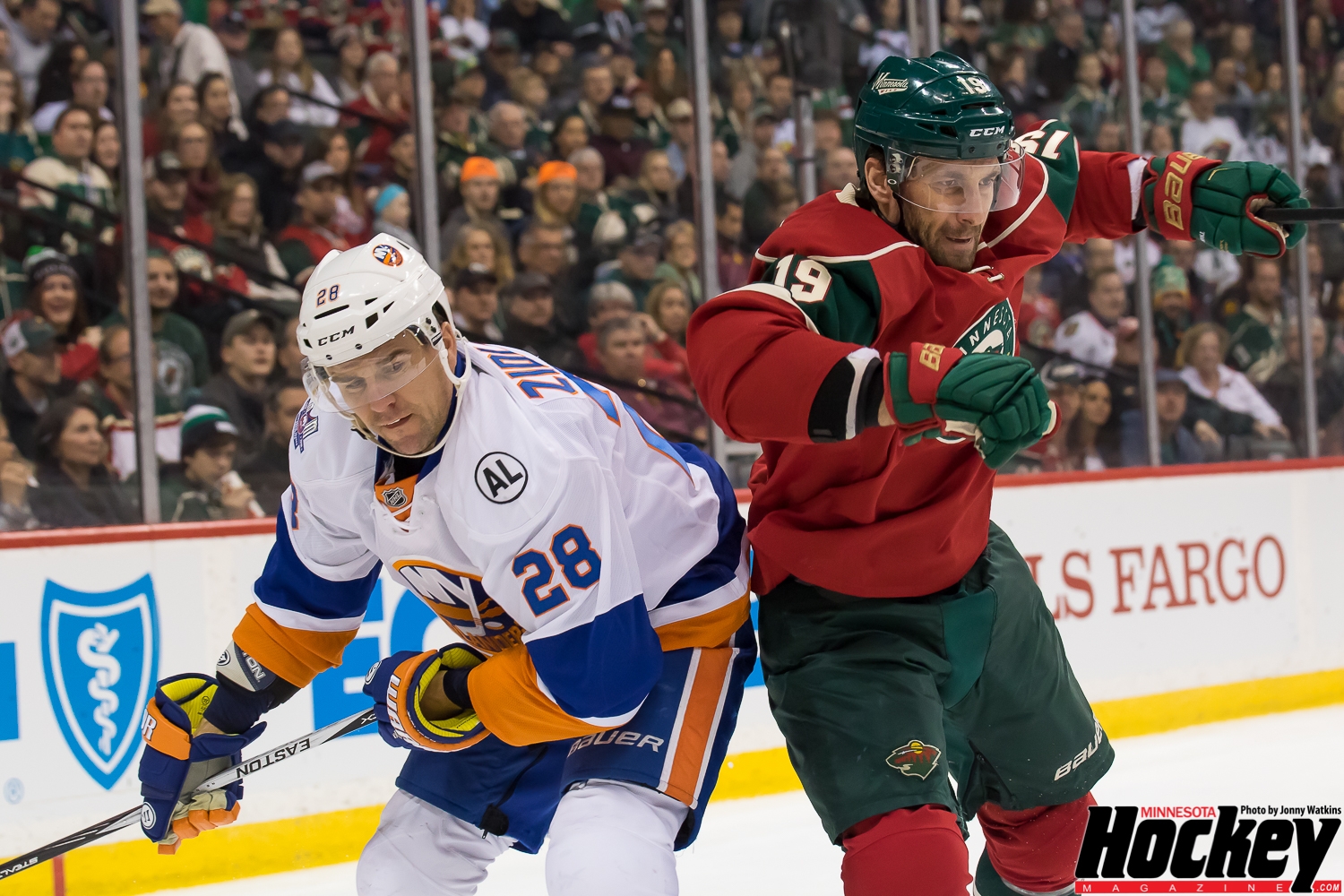 Tuesday, the Wild put up just one goal. They scored at least five per game during the recent win streak.

“We didn’t talk tonight,” Torchetti said. “We end up getting a penalty from not talking.

“We had no push back tonight. Nothing was going our way.”

It was tough from the start. New York’s Matt Martin scored 1:36 into the game for an early Wild deficit. Things really didn’t improve much from there. Frans Nielsen scored the first of his two goals later in the first period (He added an empty netter.). Justin Fontaine had a solid chance at the end of the first, but he couldn’t quite lift the puck over goaltender Jaroslav Halak’s pad. Thomas Vanek, who led the team with five shots on goal, also had a chance in the second, with a shot off the post.

Special teams was the difference in the game.

The Islanders went 2-for-3 on the power play, while the Wild went 0-for-5 against the league’s best penalty kill. Torchetti saw a couple chances he liked on their power play, but they “were trying to be too fine with it.”

Coming into the game, the Wild had scored a power play goal in 11 of its past 13 games and in each of the past four. The Wild is tied for fourth in the league with 12 power-play goals since Jan. 21.

“Their power play was better than ours tonight,” Chris Porter said. “But our power play’s been carrying us the last few games.”

Overall, they weren’t pushing the puck, according to Jarret Stoll.

“We were too lackadaisical… with the puck in our zone and the neutral zone,” Stoll said.

On the Wild’s lone goal, Porter found himself in the right place at the right time: In front of the crease with a juicy rebound bouncing to his stick.

Porter, playing in his first game since Feb. 6 in St. Louis, scored his fourth goal of the season to make it a 2-1 with 27 seconds remaining in the second period. It ­was a huge goal for the Wild at the time, as it avoided going into the second intermission down 2-0.

The goal came off a Marco Scandella shot from the point which bounced off Mikael Granlund in front and the puck squirted to Porter to put it away. Porter finished the game with a team-low 14 shifts and 8:16 of ice time. He also had two shots and two hits.

Unfortunately, the Wild couldn’t keep any momentum it gained from that goal into the third period. John Tavares scored a power play goal 2:42 into the third, giving the Islanders a two-goal cushion they didn’t relinquish. Shots on goal for the game were even at 31 apiece.

“Tonight we were a little bit sloppy with our puck playing,” Porter said. “And that ended up costing us.”

Torchetti called the loss “a bump in the road” and said they need to have better shot attempts and do a better job with puck possession. The Wild heads back on the road for games in Philadelphia and Washington.