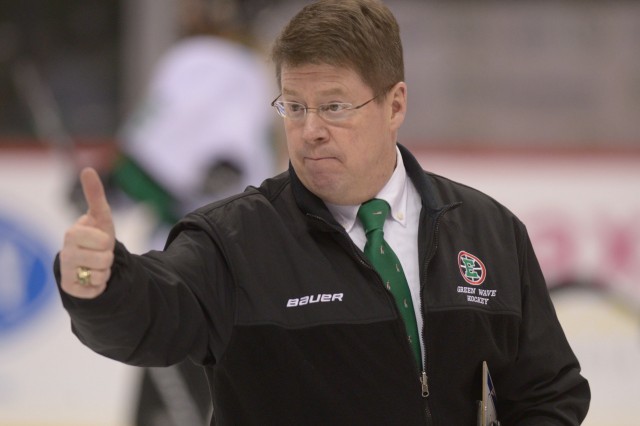 “We are really excited to have Jim on board as the new women’s hockey coach here at BSU,” commented Dill. “He brings a wealth of experience, not only at the collegiate level, but also a tremendous amount of success at the high school level. More importantly, he has a deep love for Bemidji State University and I really believe he will do a great job on the recruiting scene and will continue to move our women’s hockey program forward.”

“I am extremely humbled to be given this opportunity,” said Scanlan. “I don’t think there is any other place I would have tried to get back into coaching at this level.

“Bemidji State has meant so much to my family and me. Now to be able to come back and work here as the head women’s hockey coach is a once-in-a-lifetime opportunity.” He added, “It’s really, really special.”

A two-time All-American goaltender for the Beavers from 1978-82 who helped lead BSU to a pair of national titles as a player, Scanlan replaces Steve Sertich who retired on March 17 following an eight-year run guiding the Beavers. Scanlan brings a wealth of hockey coaching experience—both men’s and women’s—with him back to Bemidji. 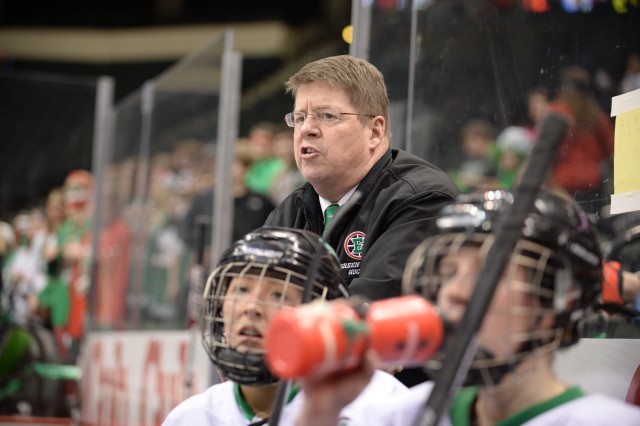 Scanlan, on the bench as his East Grand Forks team took on Litchfield/Dassel-Cokato in the class 1A quarterfinal game at the Xcel Energy Center in St. Paul, Wednesday, February 19, 2014. (Pioneer Press: John Autey)

He recently capped off his sixth season at the helm of the East Grand Forks High School girls team by leading the Green Wave to the Minnesota state tournament for the first time in program history and a runner-up finish to The Blake School. Scanlan, who was named the 2014 Minnesota Class A Coach of the Year, compiled a 110-51-6 (.677) record leading the EGF girls’ program.

As a collegiate goaltender, Scanlan played for legendary R.H. “Bob” Peters at Bemidji State from 1978-1982. A four-year letterwinner, the captain was in net 85 times, logging a career record of 62-19-0, while backstopping the Beavers to a NCHA regular season title in 1982 and four consecutive trips to the NAIA national tournament, including national titles in 1979 and 1980. The NCHA Player of the Year in 1982, Scanlan was selected as an NAIA All-American to conclude the 1980-81 and 1981-82 seasons. Scanlan also left his mark on the BSU goaltending records. He remains amongst the top ten in six major goaltending categories. He is fifth on BSU’s save percentage list (.907), eighth in goals against average (2.821), is third on BSU’s goaltending victories list (62), ranks sixth on the Beavers’ career saves list (2,211) and his 4,807 minutes in net stand eighth in Beaver hockey history. In addition, only one goaltender in the 58 years of Bemidji State hockey has accumulated more shutouts during his career than Scanlan’s nine. Was enshrined into the Bemidji State Athletic Hall of Fame as a member of the 1978-79 and 1979-80 men’s hockey teams, Scanlan was named as one of the Bemidji State men’s hockey program’s 50 Legends for 50 Years in 2005-06.

Scanlan’s wife Cyndy is also a Bemidji State graduate and the couple have three grown children: Briana, a former BSU soccer player and 2012 graduate, Jaclyn, a senior soccer player at North Dakota State University and Joey, who is an incoming freshman at BSU.