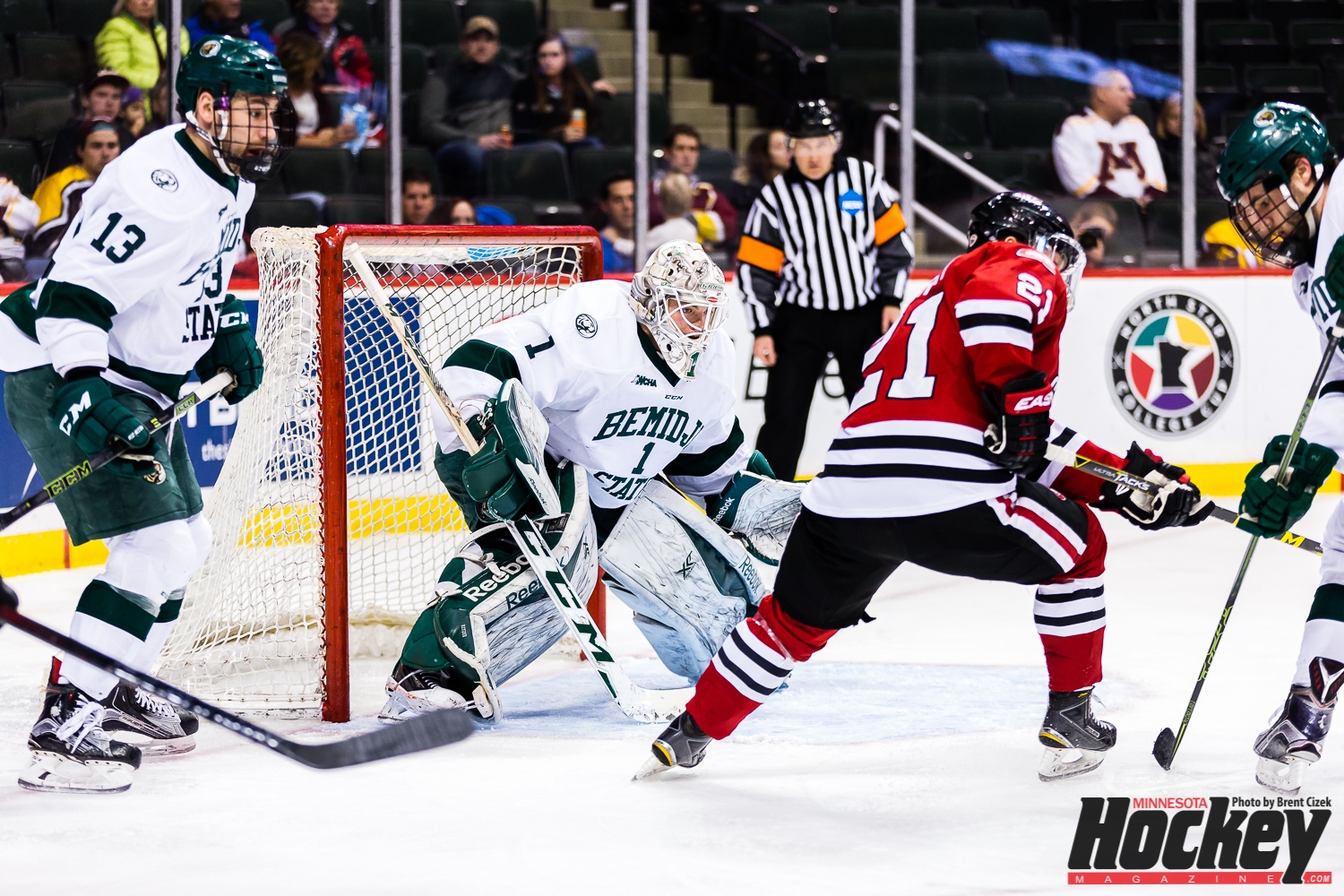 Junior goaltender Michael Bitzer will have his work cut out for him with an inexperienced defensive corps in front of him. (MHM Photo / Brent Cizek)

Tom Serratore is going to find out what kind of team he has early in 2016-17, as the Beavers face the WCHA media and coaches’ poll favorite Bowling Green the opening week of the season and then the consensus fifth ranked team Northern Michigan in the second weekend.

“This is the first time we’ve started with conference games, and you feel like you need to do more and get more things in,” said Serratore. “But you just can’t. The bottom line is the players have to play and you have to put the ownership on the players.”

Bemidji State returns the majority of a team that finished sixth in the conference last season, but Serratore notes the departed not only scored goals for the Beavers, but set the pace in practice and off the ice. The team will count on their undersized, but speedy forwards spread out over two or three lines for scoring.

The steadiest piece calling the Sanford Center home this year will be goalie Michael Bitzer. Serratore says the junior has been their rock the last two years, and there isn’t any question he’ll be again this season.

“He’s not only a good goaltender, but he’s got a great mentality, his work ethic, his approach to the game, his athleticism,” Serratore said. “He’s been a winner his whole life.”

A big question mark for the team will be the play of their young and inexperienced defensive corps as they integrate six underclassmen into their lineup. Serratore says they’re farther along than they were a month ago, and that Muck and Whitecloud look like veterans ready to step in and play.

Serratore expects the conference to be very tight from the opening weekend of conference play all the way to March as the league moves towards its new on-campus post-season tournament. Finishing in the top four gets home ice for a quarterfinal best-of-three series, leading to the top two remaining seeds hosting best-of-three semifinals, and then a single game championship at the highest remaining seed home rink.