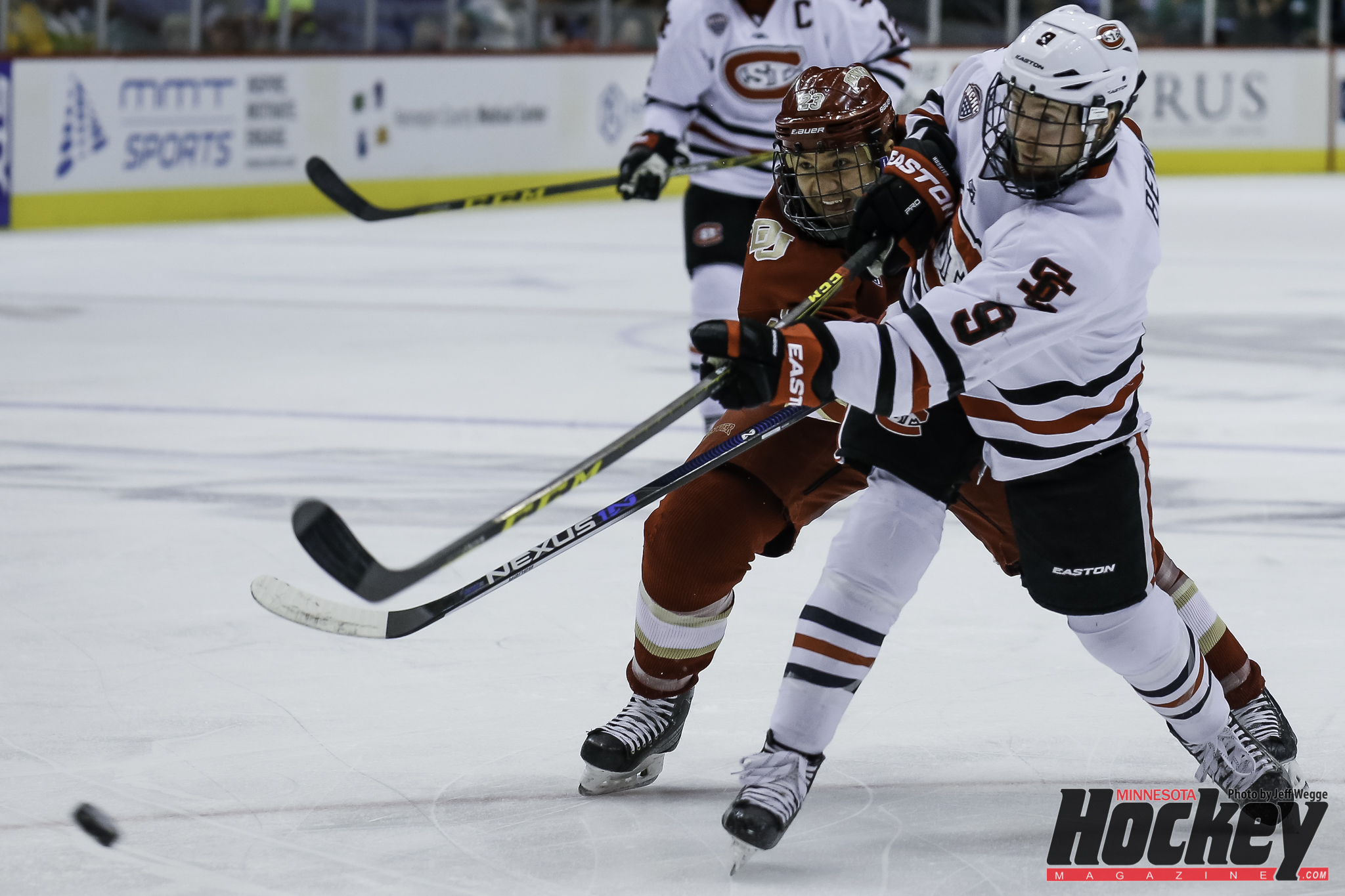 The No. 2 seeded Huskies will face fourth seed Minnesota-Duluth – identical 4-2 winners over top-seeded North Dakota – at 7:37 p.m. on Saturday for the NCHC playoff title.

Benik scored a goal and added a pretty assist on fellow senior David Morley’s 14th goal of the year in SCSU’s 30th victory of the season. It’s just the second time in the school’s DI history the Huskies have reached that mark.

Third period goals by freshmen Mikey Eyssimont and Jimmy Schuldt, the latter into an empty net, rounded out the scoring for St. Cloud State. Goaltender Charlie Lindgren faced just 19 shots on goal in picking up his school-record 29th win (29-8-1) of the season on Friday as the teams combined for just 35 total shots.

“I don’t think anyone thought it was going to be a defensive battle,” Motzko said. “But that’s what it sure turned out to be and it was a hard-fought, it was a tough hockey game … I think that it helps set the tone for what’s to come in the (NCAA) playoffs.”

Denver forward Grant Arnold lamented his team’s ability, or lack thereof, to get to the front of the Huskies net. He said St. Cloud State isn’t “the most physical team, but they have great sticks.”

“They did a great job of bottling us up on the walls and did a great job using their sticks,” he added. “You’re not going to score on a great goalie like that getting perimeter shots.”

“Guys were selling out to block shots,” Motzko said. “That might be the critical thing. We were kind of buying into having a very good defensive night.” 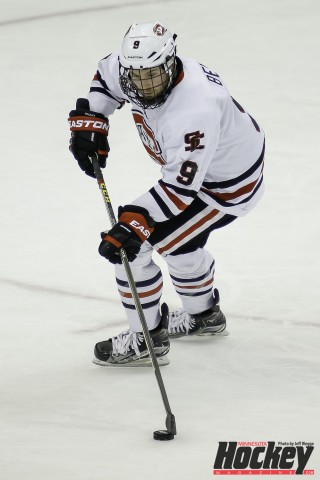 With the game tied 1-1 in the second, Benik carried the puck behind the net and and Denver goalie Tanner Jalliet bit hard on what appeared to be a wraparound attempt.

“That was my initial plan,” Benik said. “I was going to bring it around up front and last second I heard Dave yell my name so I just turned and threw it to him and he had a wide open net.”

Benik’s against-the-grain pass hit Morley’s tape and Jalliet had no chance. The assist gave Benik 21 points 10-11–21) in 19 career playoff games as a Husky.

“It’s a fun time to play and with the atmosphere that our conference brings, I mean this is a great tournament,” Benik said. “It’s easy to play in front of a lot of fans and with such high emotions. It’s a mixture of all that and everything is on the line so I mean you gotta give it all every night you go out there.”

St. Cloud State now faces a UMD team that’s won seven straight games dating back to a Feb. 26-27 sweep of the Huskies at the National Hockey Center. SCSU had last been swept in October at Quinnipiac, currently the No. 1 team in the all-important Pairwise Rankings.

Motzo said the biggest thing the Huskies learned from that experience was to move on from it.

“The best thing we did was we just parked it,” Motzko said. “Why late in the year should we make a big deal out of an off week? Because we trust our guys; we like our hockey team.”