Best Seat In The House

Wild backup Alex Stalock is always at the ready for Minnesota 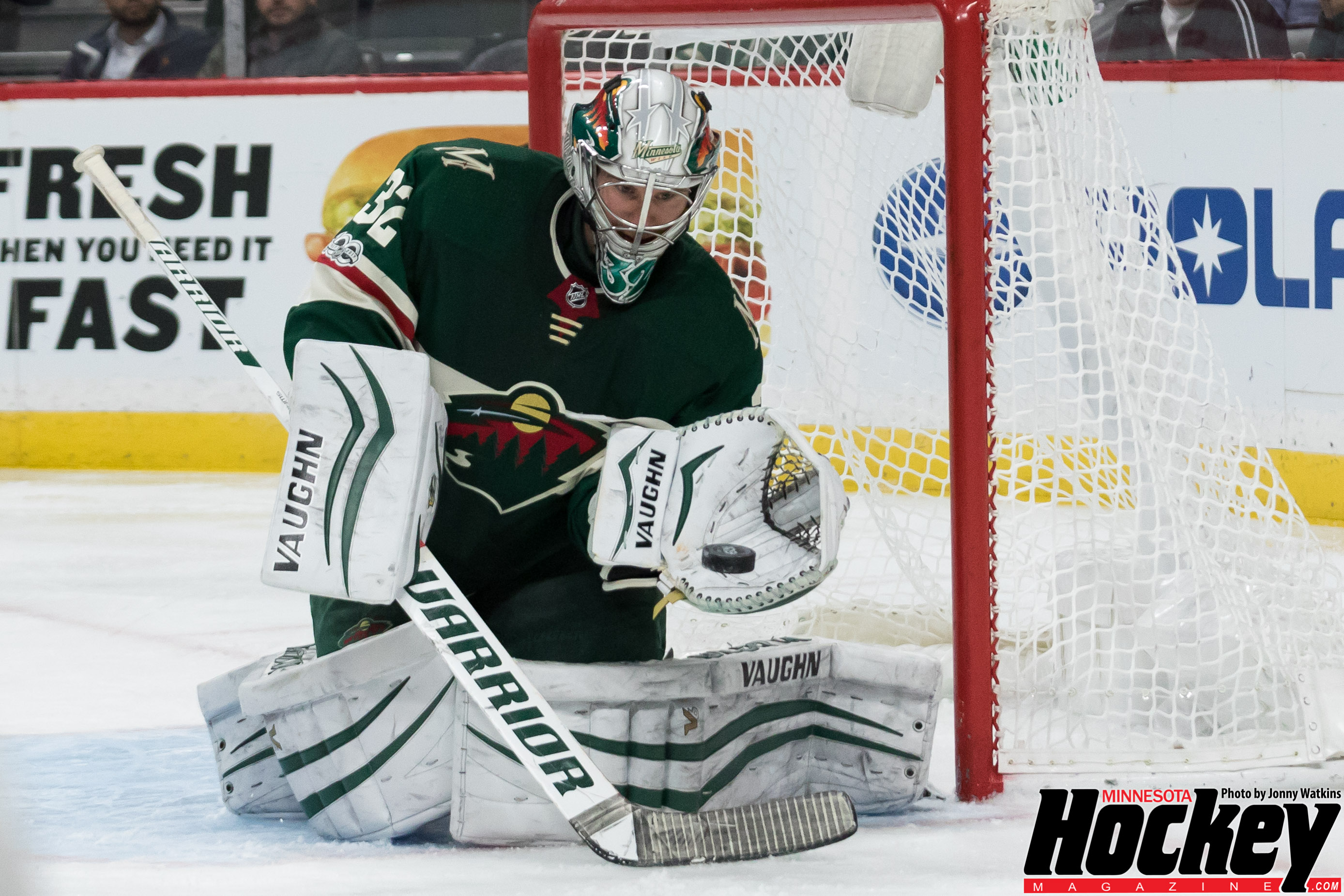 Wild backup Alex Stalock is always at the ready for Minnesota

That might look like a bad game for Stalock, but it’s tough to pin any of those goals on him as he started his first game since a 4-3 overtime loss to Chicago Feb. 2. From bad penalty kills to odd-man rushes and rough line changes, it wasn’t great hockey from the players in front of Stalock.

“Poor Al, we left him out to dry on both of them,” Wild coach Bruce Boudreau said of the first two power-play goals from the Blues.

Stalock has played in 16 games this season (12 starts) with a 6-6-1 record. He received the nod Sunday once he arrived at the arena, giving Devan Dubnyk a break after starting six straight games and surrendered 10 goals in two games. The most glaring loss was a 5-4 overtime decision to the lowly New Jersey Devils after the Wild had a 4-1 lead. Dubnyk misplayed the puck on the game-winning goal.

The Wild were riding a three-game losing streak and had gone just 1-5-3 since the All-Star Break/Bye Week.

“I think when you play a goalie every night, that after a while sometimes, unless he’s a Patrick Roy… his game starts to go downhill a little bit,” Boudreau said after the loss to St. Louis. “I thought if we didn’t do it (start Stalock), then we’re just sitting here saying, ‘hey… no matter how good you are, or how bad you are, you’re going back in.’

“Sometimes you have to make them accountable a little bit, too.”

The backup role is something Stalock is used to in his career. The South St. Paul and University of Minnesota-Duluth graduate made his NHL debut with San Jose in 2011 and signed with the Wild as a free agent on July 1, 2016, when Dubnyk was already in Minnesota as one of the best goaltenders in the league. The 6-0, 31-year-old Stalock had a solid year last season, going 10-10-4 (career-high 28 games played, and 23 starts) where he also set career-highs in saves (716) and shots faced (787).

With 22 games left this season, it’s unlikely he’ll see the ice as much as last year. But every season is different, Stalock said.

“You can’t pick before the year what’s going to happen.”

Stalock’s last victory was a 3-2 shootout win at home against Los Angeles on Jan. 15. Boudreau said at the time how pleased he was with Stalock’s play, “even though he scares me half to death,” Boudreau said, clearly a reference to Stalock’s ability to come out of the net and play the puck.

“We’ve always said he’s going to play more in the second half, we just don’t know when yet,” Boudreau said after that game.

In the back-up goalie role, Stalock has learned the best ways to prepare for games off the ice in order to get his body ready. Mentally, he’ll start thinking about it the night before, when he’s on the bench in a baseball cap watching the game in front of him.

Stalock has the added challenge of getting the second night of a back-to-back situation a lot, too; he’s started in those situations six times this season. It’s not always ideal.

“You often don’t get a pregame skate,” Stalock said. “So, you’ve got to prepare in other ways. I found a routine that seems to work for me.” 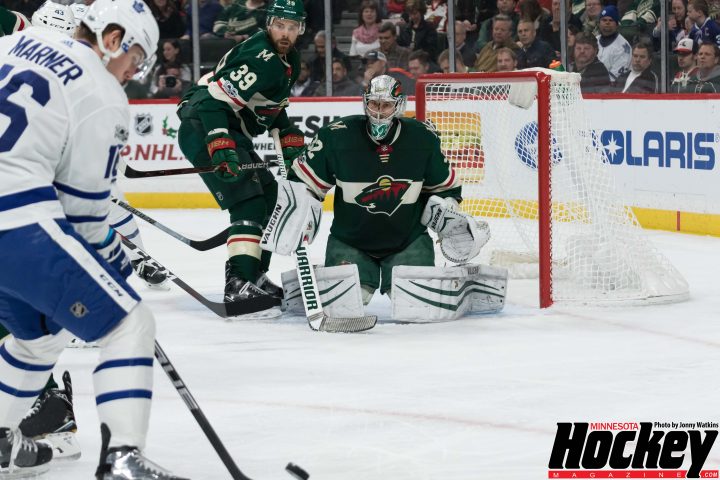 There’s the other part of the back-up role that isn’t ideal either, and that’s coming into the game cold in relief in case of injury or a momentum change. Stalock has relieved Dubnyk three times this season, and though it isn’t always the best of situations to enter, Stalock says he has the “best seat in the house.”

“You’re basically watching the play, what you’d be doing on the ice, just from a different vantage point,” Stalock said. “You’re mentally in the game. If a bad bounce happens or there’s an injury and you’re forced to go in, you’ve kind of been watching. You know what’s going on.”

It’s pretty clear that his teammates love Stalock, too. As the media waited for postgame interviews in the locker room following the shootout victory Jan. 15, captain Mikko Koivu shouted out: “Stalock will talk in the press conference room. Please, one question at a time.”

He was kidding, but it just speaks to the camaraderie Stalock has in the room. They were impressed with his play on the ice, too.

“He was phenomenal,” said Eric Staal after the win over the Kings. “He made some huge saves and obviously plays the puck really well. I think that makes a big difference for our D to be able to break out.”

Stalock certainly isn’t shy about playing the puck either.

He was credited with an assist on Mikael Granlund’s overtime winner Oct. 20, making him the first goalie in team history to record an assist on an overtime goal. It was one of his two assists this season, a career-high. On Dec. 6 in Calgary, Stalock skated in his 100th NHL game, the seventh Minnesota-born goaltender to hit the mark.

He signed a three-year contract extension with the Wild on Jan. 29, good for $2.355 million and locking him up with the club through the 2021-22 season.

“You go out to a restaurant or bar or anywhere, all the way up in northern Minnesota, everybody’s got Wild hats on and the games are on in bars and restaurants,” Stalock said. “It’s on us to make them happy, make them proud to be Minnesotans.

“Lucky for me, I hopefully get three more years to do it.”