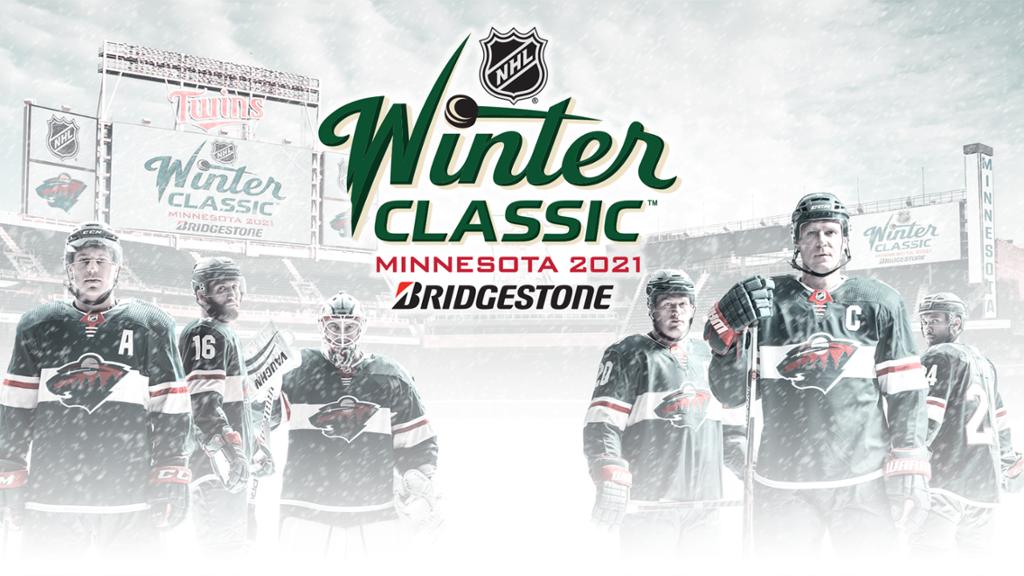 The word “finally” seems like an understatement, while also checking in to the cliché column.

Wild forward Zach Parise said the game’s arrival – which will be the 31st NHL outdoor contest – is “a little overdue.”

“You see warm-weather climates getting the game, and you’re thinking, ‘Why are we not getting one? Why haven’t we gotten one yet?’” Parise said.

The news officially broke on New Year’s Day, when NHL commissioner Gary Bettman made the announcement during this year’s Winter Classic between Nashville and Dallas at the Cotton Bowl in Texas. In a fitting backdrop to the news, the Wild hosted their annual, open-to-the-public outdoor practice Thursday morning at the Recreation Outdoor Center (ROC) in St. Louis Park.

So, what took so long for the Winter Classic to come to the place that dubs itself the State of Hockey? 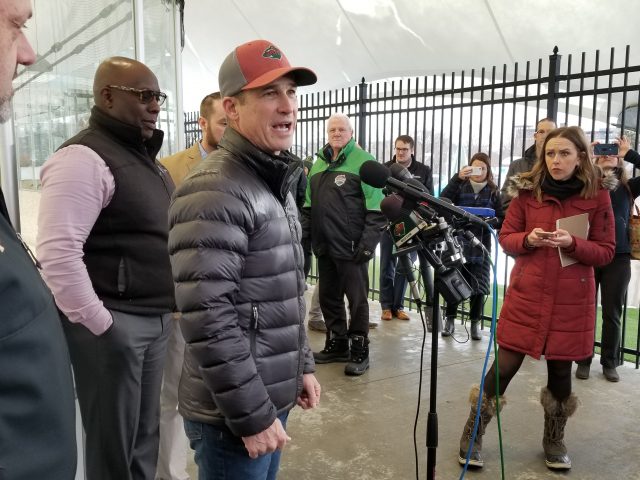 Wild President Matt Majka noted, “going back in time,” that the NHL wanted the Wild to be a better hockey team and a playoff team with some star power. Those boxes have been checked, he said.

“We’ve been lobbying the NHL for a long time for this marquee game, the biggest game in the NHL annually,” Matt Majka said. “They’ve always said that this market is deserving and our fans are deserving.

“We have been surprised at how long it took to come to the State of Hockey. But all of that’s behind us now.”

The big event will also coincide with the Wild’s 20th anniversary season, “so maybe it’s a good thing that we waited this long,” Majka said.

The Wild’s opponent for the big game is still a mystery. That announcement likely has a “weeks” timeline attached to it, according to Majka. The league is looking at a few factors, including a rivalry opponent, a solid national draw and an opponent whose fans will travel well. Some of the speculation/hopes floating around on social media from fans have been Colorado, St. Louis, Chicago or Winnipeg.

In 2016 for the Stadium Series, the Wild hosted the Chicago Blackhawks, who’ve played in multiple Winter Classics, at TCF Bank Stadium on the University of Minnesota campus. The Wild won that game 6-1 in front of a paid crowd of 50,426. Only seven Wild players who skated in that game are still on Minnesota’s roster: Devan Dubnyk, Matt Dumba, Mikko Koivu, Parise, Jared Spurgeon, Ryan Suter and Jason Zucker. Dumba is the only one to register a point in that Stadium Series game, scoring the game’s first goal.

“You walk out there and see all the fans cheering loud,” Suter said. “It’s something I’ll never forget, and I’m sure this is going to be just as special.”

Next year’s outdoor game will be a new experience for much of the Wild’s roster, including veteran Eric Staal. The 35-year-old, who signed with the Wild in the summer of 2016 as a free agent, has never suited up for a Stadium Series or Winter Classic. He’ll finally get to have this hockey feat in common with his brothers.

“They’ve had nothing but positive experiences to say about it,” Staal said. “Pretty cool experience and something that was definitely on my radar of wanting to do before playing this game, and hopefully I get the opportunity next year to do it at Target Field.” 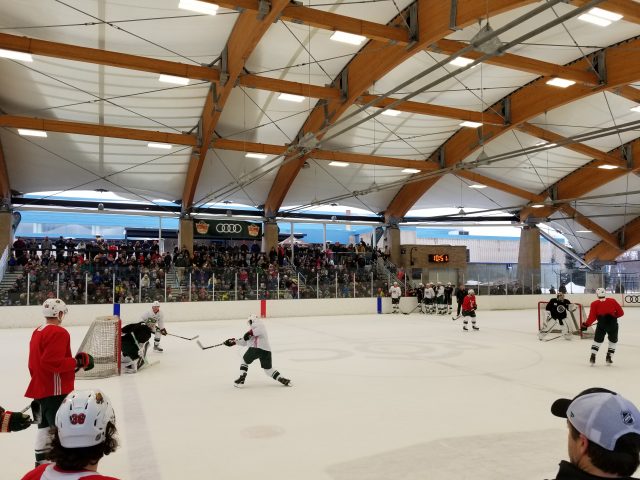 The Winter Classic will house about 40,000 fans, though the final number will depend on where exactly the rink is configured on the field. Other MLB stadiums have hosted outdoor NHL games, too, including Wrigley Field, Fenway Park, Dodger Stadium, Yankee Stadium and Citi Field.

As Twins President & CEO Dave St. Peter acknowledged, Target Field wasn’t a venue built to host hockey in January, so the team will fully winterize the building in preparation. That includes making sure there’s running water for restrooms and fully operational concession stands throughout the park.

“That’s a commitment for us,” St. Peter said. “It was something that was necessary to host this event, and from our perspective, we thought it was worth it.”

Of course, being in Minnesota, Target Field was also built for days “when the weather would be less than perfect,” St. Peter said. He added that the Target Field has more radiant heat than any ballpark in Major League Baseball with more interior spaces than most other parks, too.

Boudreau, who coached the Washington Capitals to a 3-1 victory over the Pittsburgh Penguins at Heinz Field in the 2011 Winter Classic, called the whole experience one of the best of his life. It was everything beyond the game itself that he really enjoyed, like the HBO TV special and the fans lined up along the streets as the team bus traveled from the hotel to the field.

Seeing all those fans along the way – either booing or cheering the Capitals bus – was a cool and memorable sight for Boudreau.

“I think that the state of Minnesota, the cities of Minneapolis and St. Paul and all the other little towns in between here, are going to put on quite a show for the national audience because I think people know this is the state of hockey,” Boudreau said. “They’ll go out and prove how much our people love hockey in this area.”