Blowouts by Day, Nail-Biters by Night 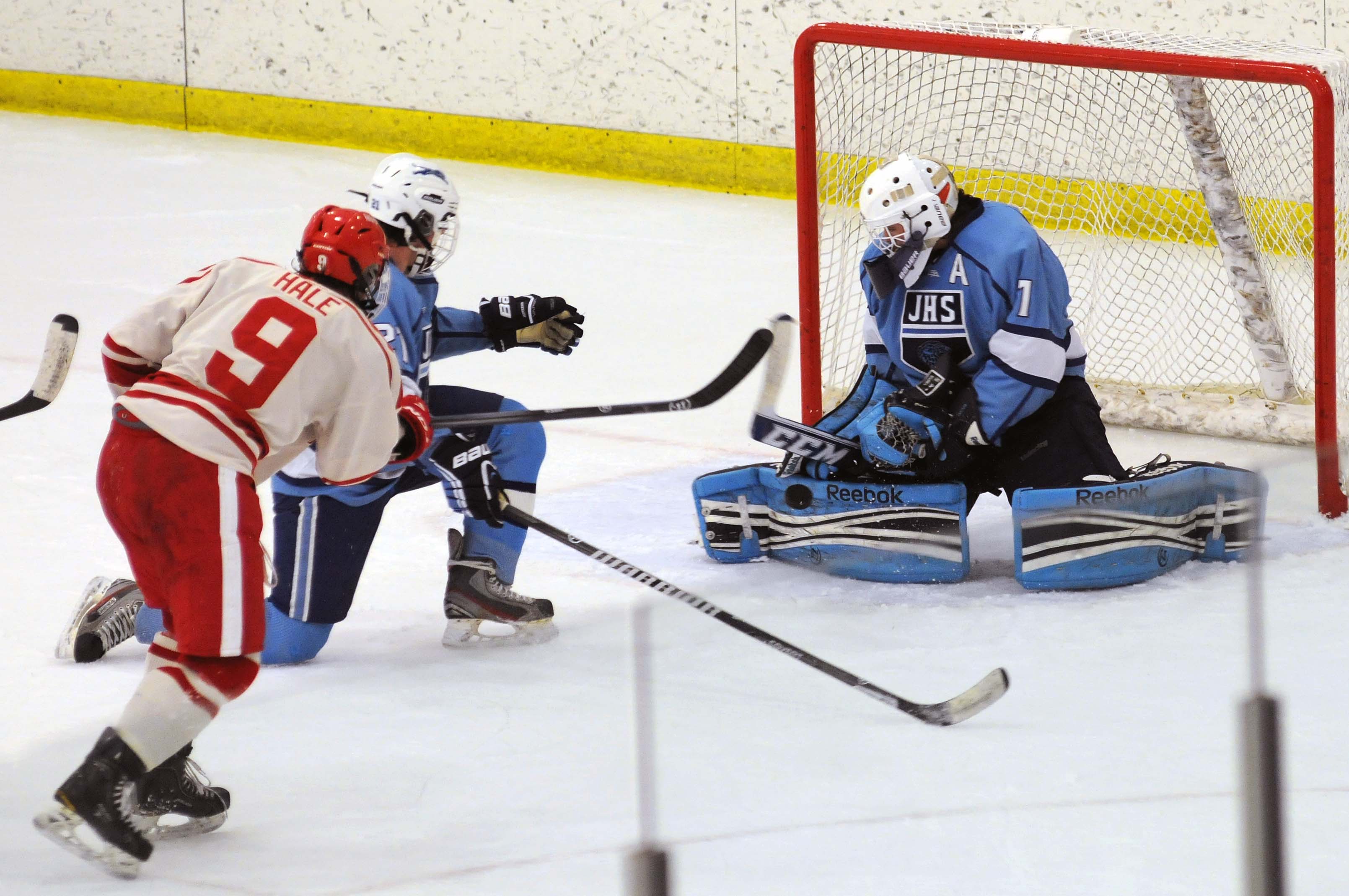 Recapping day one of the St. Louis Park Holiday Classic …

The St. Louis Park Holiday Classic wrapped up day one of action and the semifinals are set.  There were two lopsided scores to open the day and two tight games that closed out an entertaining day one to set up the semifinals of the tournament that will play out Friday and stream live on NorthStarSports.tv.

Lakeville North 7   Eden Prairie 0
The Lakeville North Panthers took control of the first period as they captured a 4-0 first period lead and never looked back.  Jack Poehling delivered a hat-trick and an assist to lead his club with four points.  Nick Poehling and Jack McNeely each tallied three assists in the win.  When needed, it was the power play that delivered for the Panthers as they were 3-4 with the man advantage against the Eagles.

Meanwhile, Eden Prairie (7-2-0) was held off the scoreboard with the man advantage for the second straight game as they were 0-2 on the power play and held to just 18 shots on goal for the entire game.  Freshman goalie Jake Oettinger was perfect on the quality chances sent is way in making 18 saves for the shutout. The Panthers (7-3-0) face-off with the Blaine Bengals in the first semi-final game scheduled for 5pm.  That game can be seen streaming live on NorthStarSports.tv.

In a penalty filled game that featured 75 minutes in penalties, of which 61 were assessed to the Maple Grove Crimson, the Bengals were 0-6 with man advantage while the Crimson were 1-5.  The major dust up that created much of the issue centered around three Maple Grove players that received major penalties and game misconducts for a fracas that broke out around the Crimson net.  No Blaine players received more than a double minor in the incident.  Gone from the game were goalie Cal McKenney, leading scorer Josh Passolt, and top defenseman Nate Erickson.

Blaine (8-1-0, 6-0-0) already owned a 3-0 lead prior to the penalties on goals by Brandon Notermann, Easton Brodzinski, and Luke Noterman.  Seven different players scored for the Bengals who outshot the Crimson 46-21 including a stunning 38-7 margin after two periods.  Both Noterman’s each had 2 goals and 2 assists to lead their team in points.  Defenseman Alex Copa had 3 assists in the effort as well.

The thumping recalls memories of the Maple Grove 15-1 win over the Bengals in the Section 5AA finals two years ago.  The Bengals will face off with a well balanced Lakeville North Panthers in the first semifinal of the tournament.  The game can be seen at NorthStarSports.tv.  The Crimson (5-4-1, 4-2-0) will play the Eden Prairie Eagles in the consolation semifinal on Friday afternoon.

Wayzata 3   Moorhead  2
in a tense and contested game, the Wayzata Trojans topped the Moorhead Spuds by a score of 3-2 in the quarterfinal of the Sports Authority Holiday Classic.  A Mark Senden goal at 4:59 of the third period gave the Trojans a 3-1 lead and stood up as the eventual game winner.

Wayzata’s Jack Sorenson and Moorhead’s Grant Weiss exchanged first period goals to send the game to the locker room tied at a goal a piece after one period.  Midway through the second period Matthew Freytag wired a blast fro meth right point off a draw won in the Spuds zone by Sorenson for the 2-1 lead.  Aaron Herdt added a goal for the Spuds at 14:05 of the third period setting up a tense close to the game.

Alex Schilling made 23 saves to earn the victory for the Trojans  (7-3-0) while Jacob Dittmer was solid in goal making 32 saves for the Spuds.  It is a semifinal game for the Trojans against the Bloomington Jefferson Jaguars at 7:30pm.  That game can be seen streaming live on NorthStarSports.tv.  The Spuds (5-5-0, 1-0-0) will face the Red Knights of Benilde St. Margaret’s for the second time in a week.  BSM prevailed 9-2 in that game.

Bloomington Jefferson  4   Benilde-St. Margaret’s  3 (so)
The Benilde-St. Margaret’s Red Knights opened the Sports Authority St. Louis Park Holiday Classic with a 3-3 tie after regulation and an eight minute overtime period with the Bloomington Jefferson Jaguars.  Still, a winner needed to be determined and the Jags won a shootout to advance to the semifinals of the tournament to face the Wayzata Trojans Friday evening.

The speed of the Jaguars (6-3-1) have is aways a given every year or so it seems.   However, it was the physical play coupled with their speed that took the Red Knights by surprise in the early going of the contest that resulted in a 2-0 Jaguar lead.  Goals by Drew Redepenning and Johnny Panvica forced the issue in the first stanza.

The Red Knights (7-2-2) had little room to work, particularly in the first period and much of that was a credit to the Jaguars play.  “They physically said they were going to slow you down,” Pauly observed.  “We don’t play Jefferson a lot but I have never seen a Jefferson team play that physical.”

The Red Knight power play is flat out devastating entering the game clicking at a 37.1% clip.  It did not disappoint as Johnny Austin scored his 2nd goal of the season.  The power play marker came with :25 left in the first period.  Even Fleming dented the twine in the second period for his 5th goal of the season as he beat Jaguar goalie Grant Martens to tie the game at two.

Martens turned aside 41 Red Knight shots and was peppered in the third period as the Jags were outshot 16-1 for the period and 44-17 for the game.  Charlie Strauss, a converted forward to defense, lifted the Jags back to the lead by a score of 3-2 with a power play goal at 12:02 of the second period.

It was impressive and efficient as the unit went to work late in the third period. At 13:30 of the period,  it was Roo who took a nifty back hand through the legs feed by Ben Newhouse at the goal mouth for the easy tally in the opening net evening the game at three.  The goal was Roo’s 7th of the season.

The Red Knights, 3-0-2 in their last five will work to be unbeaten in regulation for the Holiday Classic tournament.  They have a re-match with the Moorhead Spuds in the consolation semi-finals on Friday afternoon at 2:30pm.