Breck Goes Back To Back 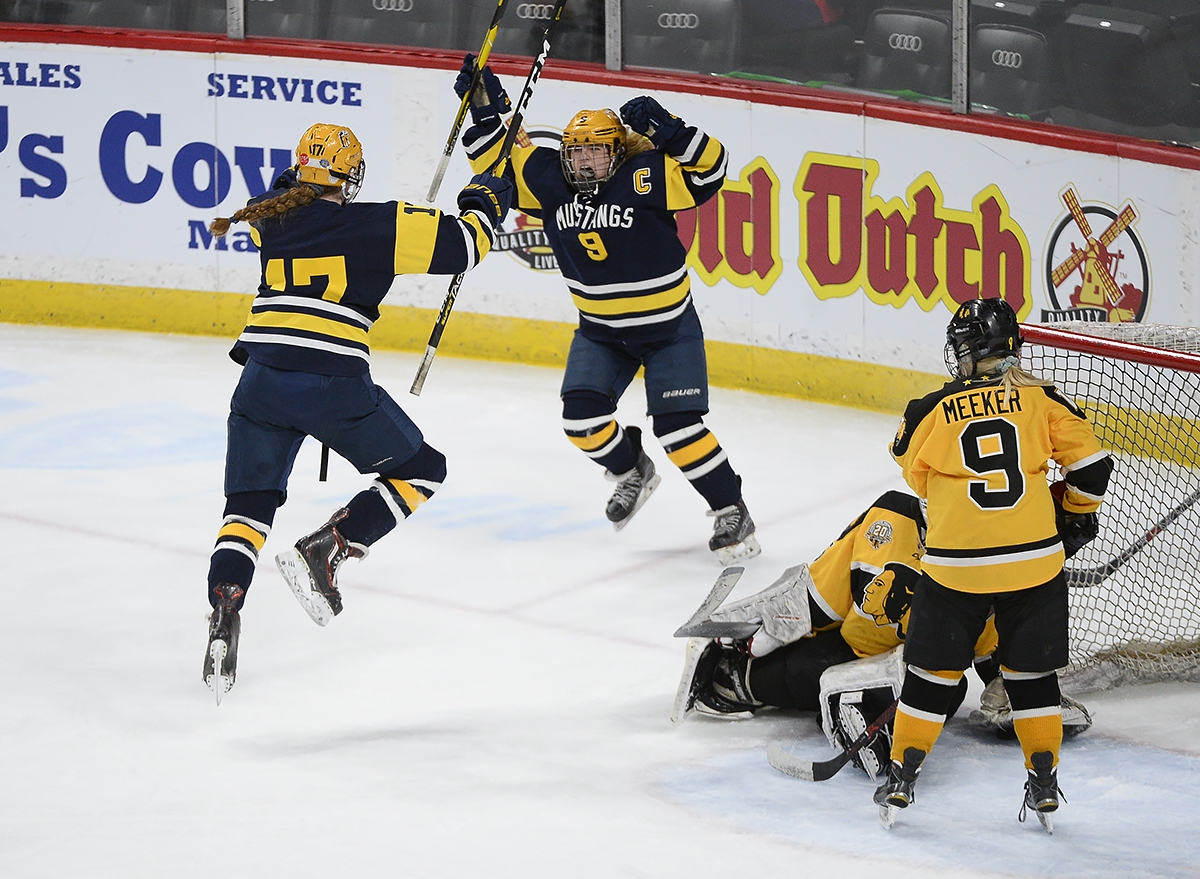 For the second consecutive season the No. 2 Breck Mustangs and the No. 1 Warroad Warriors met in Class A title game.

Despite the Warriors dominating shots on goal, the Mustangs prevailed for a 6-1 win.

“No one does it alone,” said Corniea. “We are a team and you have to have all six people play at their best to win game.”

Breck, which averaged over six goals per game in the regular season, netted the first goal from senior Carly Beniek. Warroad tied things up less than two minutes later but were never able to capture the lead.

The Mustangs took things over in the second period for good and ended up scoring five-unanswered goals in the victory. Elly Klepinger, Olivia Mobley, Sadie Lindsay, Carly Beniek and Ashley Halverson all found the back of the net for Breck.

Mobley, who scored five goals at the State Tournament this year said winning it all again never gets old.

“They’re both such an honor,” said Mobley. “It’s so unbelievable and the feeling’s the same. These girls, and this team; it’s been awesome and it’s just as sweet.” 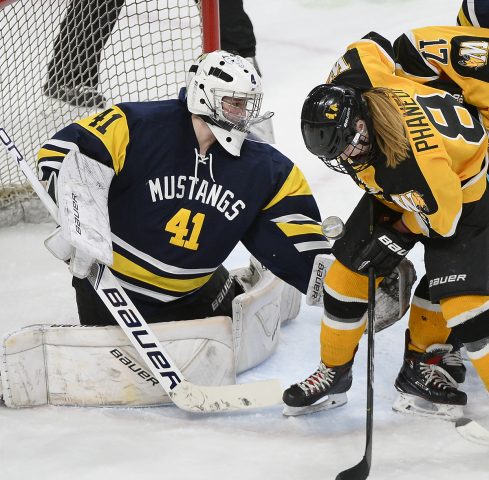 Warroad put 42 shots on net but only lit the lamp once. There was a moment in the third period where it appeared the Warriors had cut the deficit to 3-2, but the officials blew the puck dead despite replay clearly showing Corniea never controlled the puck.

Minutes later in the Warroad defensive end, the same official ruled a penalty shot, which the Mustangs converted. Warriors head coach David Marvin felt it changed the course of the game.

“She makes a mistake, everyone makes them,” said Marvin. “And then goes down to the other end, can’t find her whistle and then all of the sudden comes up with a penalty shot? The sequence is terrible.”

Even though Marvin disagreed with the calls, he credited the Mustangs as the better team at the end of the day.

“We had a lot of shots,” said Marvin. “We didn’t get the same quality shots that they got on Quinn. We weren’t playing bad and it was 3-1. Breck’s a good hockey team; congrats to them.”

Between the two schools, eight players were selected to the All-Tournament team.