The Mustangs are headed back to the Class A title game. 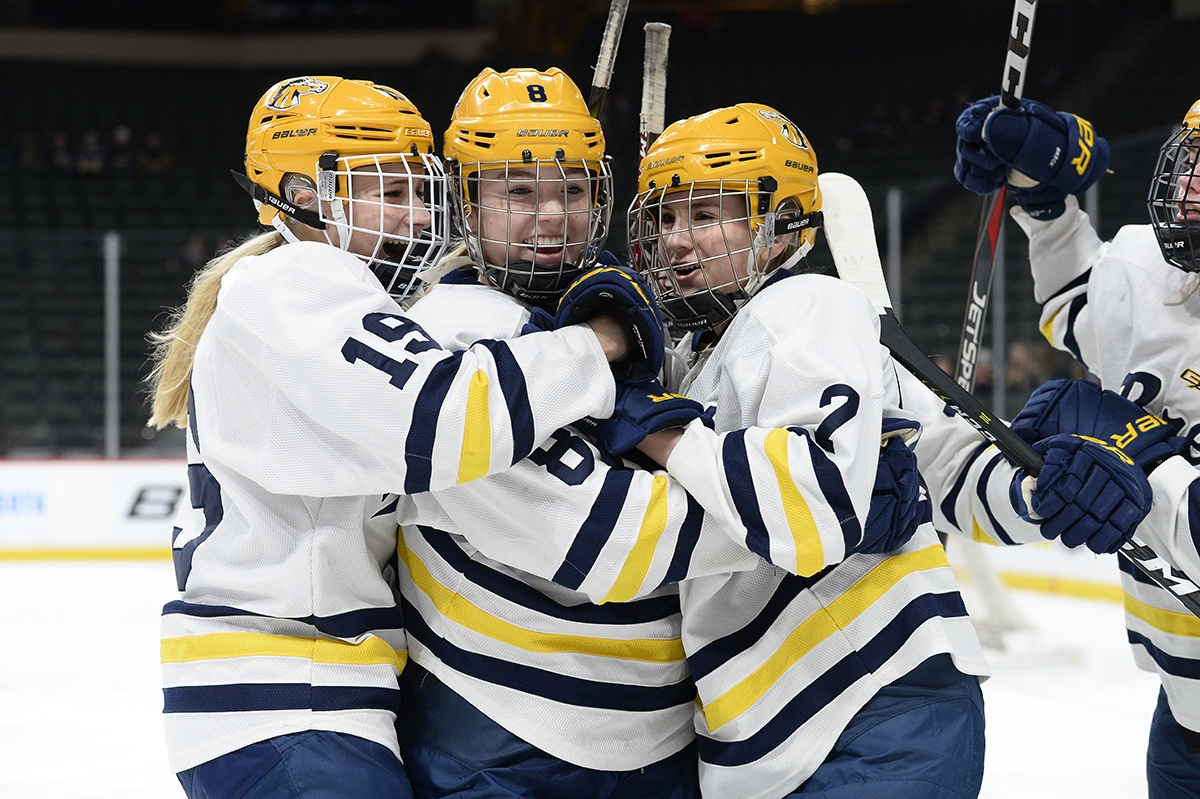 The defending Class A champions put a stop to West Tonka’s impressive season.

Coming into the semifinal round at the 2019 girls’ state tournament, the West Tonka White Hawks hadn’t lost a game all season posting a 23-0-5 record.

But the Breck Mustangs – last year’s state champs in Class A – had other plans as they trotted to a 11-1 win in dominating fashion with six goals coming in the first period alone.

“The first period is a testament to moving the puck and crashing the net,” said coach Steve Persian. “We really wanted to set the tone and we knew this team would be coming at us. There’s a reason they’re in the state tournament; they’re well coached and we thought if we came out with a lot of urgency it would dictate the flow for us.”

Both Sadie Lindsay and Olivia Mobley had hat tricks while eight different players lit the lamp for the Mustangs.

“We had a couple of awesome moves and it was fun,” said Lindsay. “Our defense really got the puck up well and got it to us in front of the net. So from there it was just on us.”

White Hawks goaltender Taylor Smith was a brick wall in the regular season having allowed just 28 goals in 26 games while posting six shutouts and is finalist for the Ms. Goalie award. But the senior wasn’t quite as sharp on Friday.

“I don’t know, they just really knew how to put the puck in the net,” said Smith who faced 42 shots in the loss. “I think it’s just tough when they get ahead like that staying mentally strong and coming back and staying in your zone when you see the score up like that.”

“Just because that was the score,” said co-head coach Claire Goldsmith. “We didn’t feel it was due to Taylor’s lack of effort or anything. So we didn’t want to deprive her of that.”

With the win, Breck moves on to the Class A title game for the chance to repeat as state champions.

“It’s awesome,” said Mobley. “We’re all really excited in the locker room. It’s a dream a lot of us have had for a long time and it’s such an honor to go back and fight for the title again this year.”