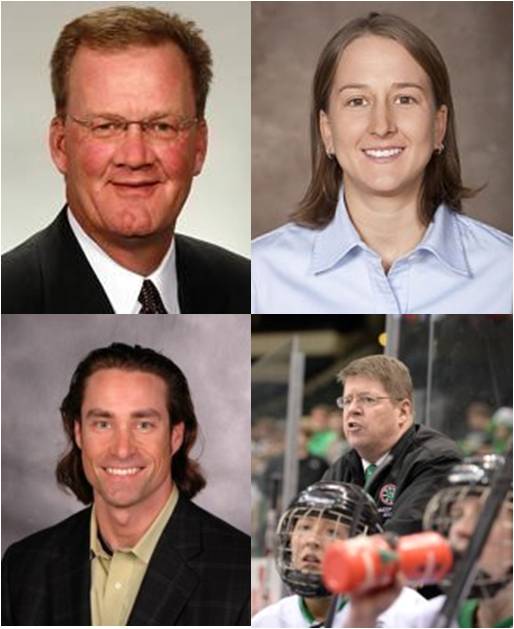 Jutting, Fryklund, Bruininks and Scanlan set to interview this week.

According to a BSU press release, the quartet have been invited to Bemidji for on-campus interviews scheduled for Wednesday, June 4 to fill the position left vacated by the retirement of Steve Sertich on March 17 following an eight-year run guiding the Beavers.

Jutting, a Richfield native, has spent the past two seasons on Dean Blais’ staff at the University of Nebraska-Omaha after a 26-year affiliation with Minnesota State as a player and coach. A four-year letter winner for the Mavericks, Jutting compiled 145 points in 136 games before turning his attention to coaching. Jutting stood behind the Minnesota State bench for 22 seasons, including the final 12 as head coach in which he led MSU to a 184-224-55 record and was honored with two Western Collegiate Hockey Association Coach of the Year awards (2002-03 and 2007-08).

Bemidji State’s all-time leading scorer with 122 points accumulated from 2000-03, Fryklund returned to her alma mater three years ago as an assistant under Sertich after several seasons coaching in the Minnesota high school ranks. The Hibbing native was a Minnesota Ms. Hockey finalist before landing in Bemidji where she guided the Beavers through the program’s formative years. Fryklund became BSU’s first All-WCHA selection when she garnered second team honors as a junior in 2001-02.

A four-year letterwinner at Notre Dame from 1992-96, Bruininks is coming off of his first season as an assistant with the Minnesota State women’s program after a three-year stint as head women’s hockey coach at Concordia College (Minn.) from 2010-2013. In his first season at Concordia, the Minneapolis native he led the Cobbers to a single-season program record of 15 wins and the program’s first MIAC tournament berth in 10 years. Bruininks, who played professionally for minor-league affiliates of the Philadelphia Flyers, Chicago Blackhawks and Carolina Hurricanes from 1996-99, received his Bachelor of Arts degree from the University of Notre Dame in 1996, before earning his Master’s of Education degree from the University of Minnesota in 2005 and his Doctor of Philosophy degree in 2009.

Scanlan, a two-time All-American goaltender for the Beavers from 1978-82 who helped lead BSU to a pair of national titles as a player, brings with him a wealth of experience coaching both men’s and women’s hockey. He recently capped off his sixth season at the helm of the East Grand Forks High School girls team by leading the Green Wave to the Minnesota state tournament for the first time in program history. As coach of the EGF boys from 1996-2005, he led them to four trips to St. Paul. Prior to that, Scanlan served as an assistant coach at North Dakota (1989-96) and Michigan Tech (1985-89).