Bulldogs Bounce Back, Stifle the Irish. 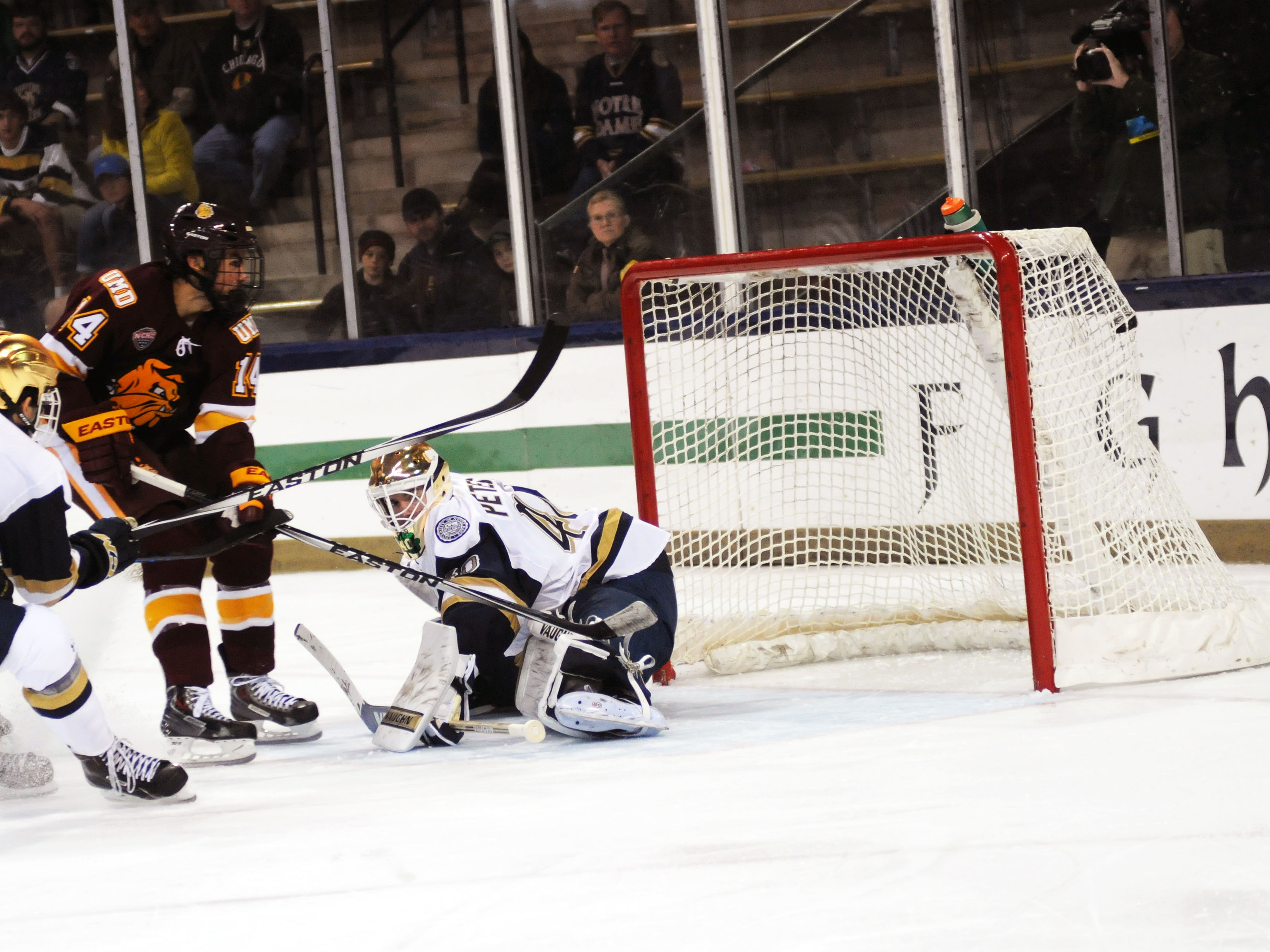 Dominic Toninato and Alex Iafallo each had a goal and an assist and Matt McNeely made 23 saves as the Bulldogs cruised to a 3-0 victory over the Fighting Irish on Sunday at the Compton Family Ice Center.

Minnesota-Duluth made a few lineup changes all around, but the biggest change was that of McNeely playing in net for Kasimir Kaskisuo. Although the Bulldogs were in control for much of the game, there were times when the Irish applied serious pressure but McNeely stood very tall and confident during the Irish attack.

The Bulldogs held the shot advantage 29-23 and scored twice on the power-play, which also looked better on Sunday than it did on Friday. Both teams had plenty of chances on the power play as there were 18 total penalties for 42 total penalty minutes. Austin Farley was assessed a 10-minute misconduct towards the end of regulation.

Iafallo and Toninato looked great all weekend, producing much of the Bulldog offense. In addition to his two points today, Toninato had four points (2-2-4) on the weekend. Iafallo brings speed and finesse to the lineup while Toninato brings grit and hard hits.

Notre Dame was able to keep up with Minnesota-Duluth for most of the game but the Irish special teams were nowhere to be found. They seemed to struggle getting a rhythm going at even-strength coming off of their penalty kills.

Although many fans wanted to see the Lucia-Lucia matchup again, having Notre Dame play Minnesota-Duluth was just as fun for the fans to see as these two teams do have some history. The Bulldogs beat Notre Dame at the 2011 Frozen Four in Saint Paul before beating Michigan in overtime to take their first national title. Since that time the Bulldogs and Irish have played pretty evenly-matched contests.