Cadets march on to St. Paul

STA grinds out win over Eastview to head back to state 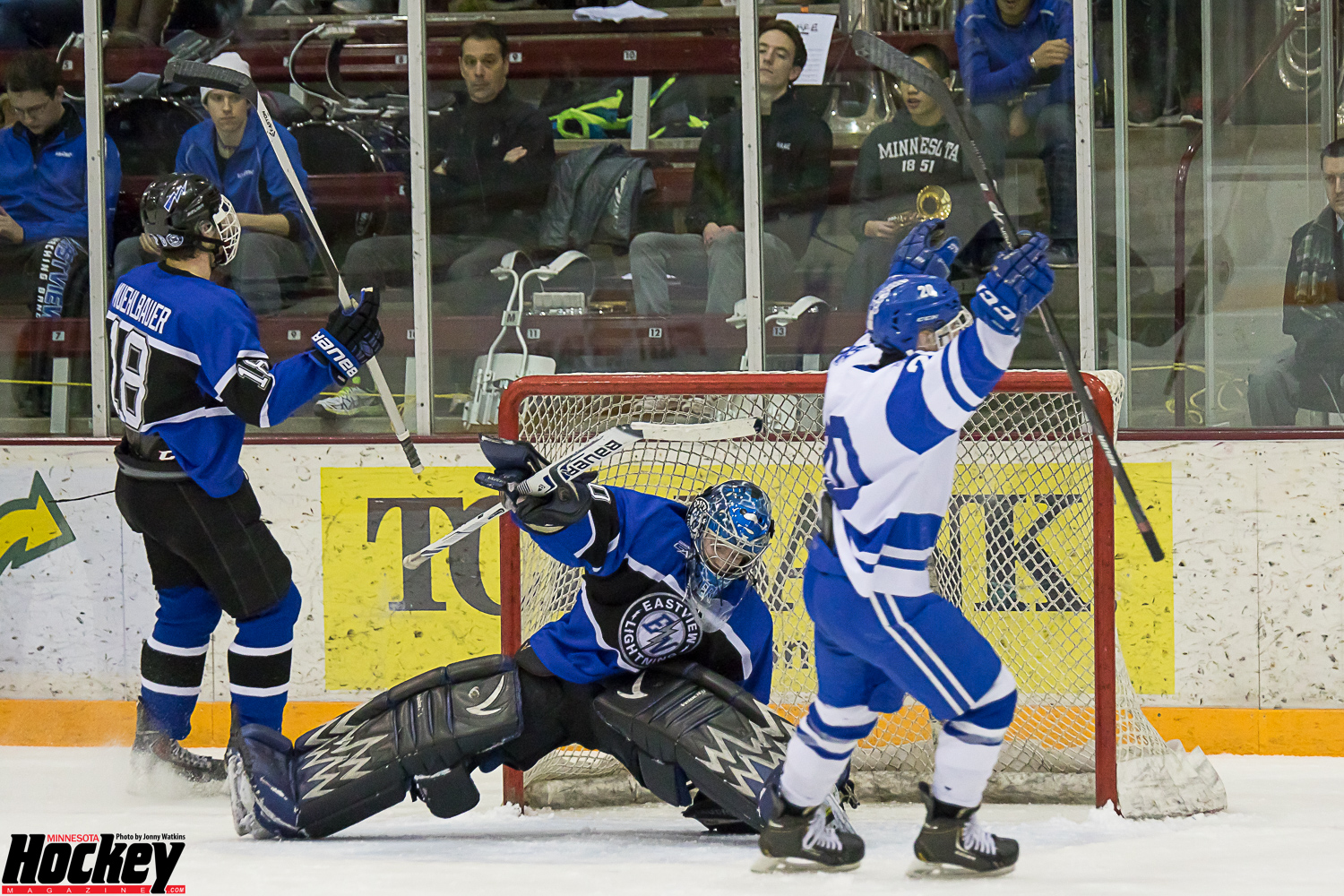 STA grinds out win over Eastview to head back to state

The St. Thomas Academy Cadets will make their return to the State Tournament. After a brief one season absence, the Cadets earned a trip to Xcel Energy Center with a steady 3-1 win over the Eastview Lightning at Ridder Arena on the campus of the University of Minnesota on Thursday night.

The Lightning (14-13-1) were not impressed by the long resume the Cadets have built this season, ranked No. 3 in the MNHockeyMag.com rankings much of the season behind just Edina and Lakeville North.

Senior Tommy Hutsell opened the scoring at 8:08 of the first period taking a terrific behind the back pass from fellow senior Cole McDevitt and beat Cadet senior goalie Matt Snow for the 1-0 lead.

St. Thomas Academy (24-4-0) owns one of the better possession games in high school hockey and was taken out of it in the first period by the Lightning who displayed a passive yet equally opportunistic forcheck shutting down the high octane offensive producers of the Cadets.

Staying patient, the Cadets were rewarded late in the first period to even the game at one with just 1:07 remaining in the period by senior Alec Broetzman. It was his sixth goal of the section playoffs and 10th point.

He pushed the puck through traffic from the right faceoff dot as Colorado College recruit and senior Christiano Versich eluded his coverage and found a puck low in the slot to hammer home for the 2-1 lead beating junior goalie Andrew Stern at 2:45.

Eastview responded in the early going of the third period with a number of chances but Snow made some key and difficult saves from screens, back door, and deflections to preserve the lead. Peter Tufto, a high scoring senior for the Cadets was a benefactor of a loose puck at the Eastview blue line and accelerated past the defense and fired a shot through the five hole of stern for the 3-1 lead with just 3:36 showing on the clock.

Stern made 23 saves in the game and the Lightning delivered a game that forced the Cadets out of their comfort zone. In the process, the Cadets were able to change their game, adjust to the game plan that was being executed before them and deliver their ninth state tournament appearance in school history and first at the Class 2A level.