Can a Minnesota Team win the Canadian Junior A Championship? 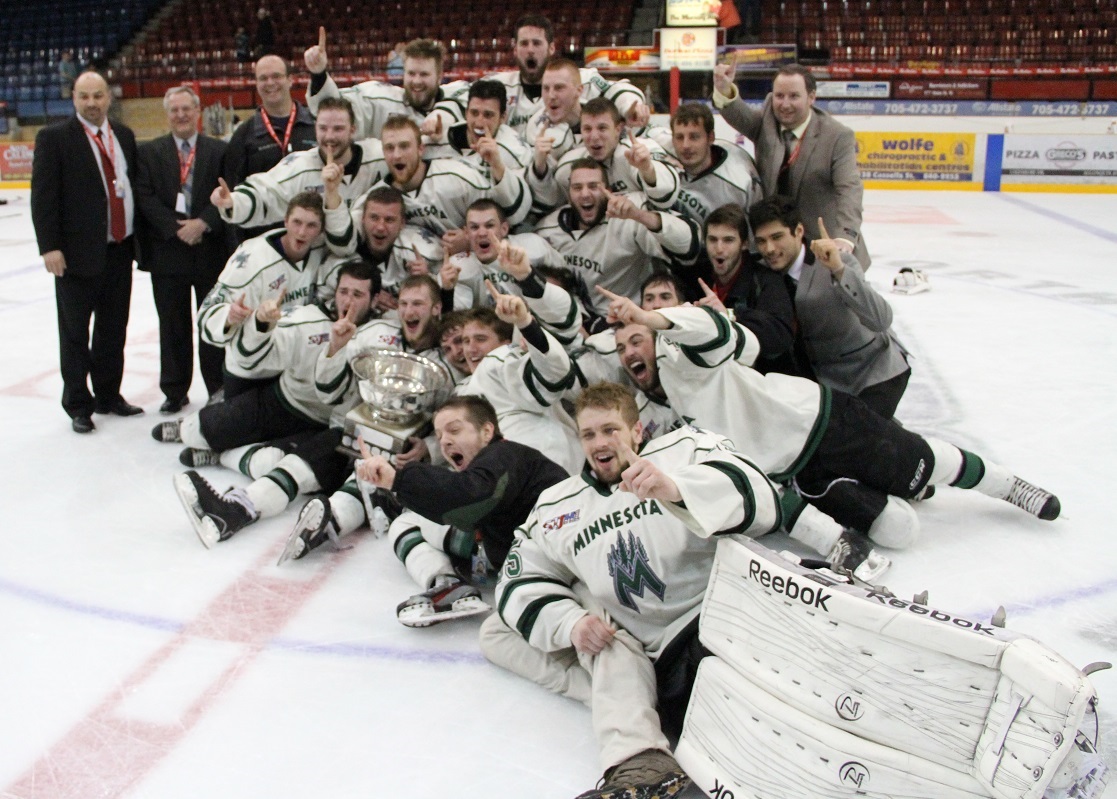 A Nick Szopinski goal 11:59 into overtime was the difference as the Minnesota Wilderness (SIJHL) edged the St. Michael’s Buzzers (OJHL) 4-3 Saturday in the championship game of the Dudley-Hewitt Cup Central Canada Junior A tournament staged at North Bay’s Memorial Gardens.

The Minnesota Wilderness are moving on and into the RBC Cup. 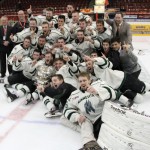 Five teams remain in overall tournament as 122 have now been eliminated. Can a Minnesota Team win the Canadian Junior A Championship? With the victory the Wilderness will now represent the region at the 2013 Royal Bank Cup Canadian National Junior A championship, May 11-19 in Summerside, P.E.I.

In the Dudley-Hewitt finale the Superior International Junior Hockey League champion Wilderness were the first to strike as Jeremy Johnson slammed one through the legs of St. Michael’s starter Adrian Ignagni 5:01 in from the top of the crease just as a Buzzers penalty had expired.

Eric Carlson made it 2-0 just 42 seconds later as he stormed down the right side and fired a quick shot past Ignagni.

After a timeout by the Buzzers, they regrouped to carry the play, and were rewarded at 8:25 as Matt Buckles wired one in from the right face-off circle to get the Ontario Junior Hockey League title holders on the board.

After a couple of big pad saves by St. Michael’s stopper in the middle session the Buzzers backed the strong play of their netminder by notching the equalizer as Buckles picked up his second of the night by backhanding a rebound that found its way underneath Gordy Defiel in the Minnesota net.

The Buzzers took the lead with 8:42 remaining in regulation as Defiel could not control a shot that David Italiano capitalized on and shovelled in the rebound.

Minnesota almost pulled even with four and a half minutes to go as Nick Sova’s right point shot hit the post and bounced into the corner.

Then with 3:28 left in regulation the Wilderness did tie it as Ben Michaud pinched in along the right side and ripped his attempt low blocker side to make it 3-3 setting the stage for extra time.

A wide-open OT session saw the two sides exchange multiple chances with the Wilderness finally ending it as SIJHL Rookie of the year Jake Larson fired the puck in front where a hard-charging Szopinski chipped it over a sprawled Ignagni to end and send the SIJHL and Dudley-Hewitt Cup champions to the RBC.

AT the conclusion of the event the host committee announced that Defiel was named the most valuable player, while Matt Buckles of the Buzzers was the leading scorer and Mitch Marner of St. Michael’s the most sportsmanlike award recipient.

Final shots on goal were 42-36 in favour of Minnesota.  The Minnesota Wilderness are an American Junior ice hockey team based in Cloquet, Minnesota. The Wilderness play in the Canadian-based Superior International Junior Hockey League.

The current tournament structure is a five-team round-robin with a playdown. The participating teams are the three regional champions, the Western runner-up, and the host team.

All games played at the Consolidated Credit Union Place, in Summerside, P.E.I .