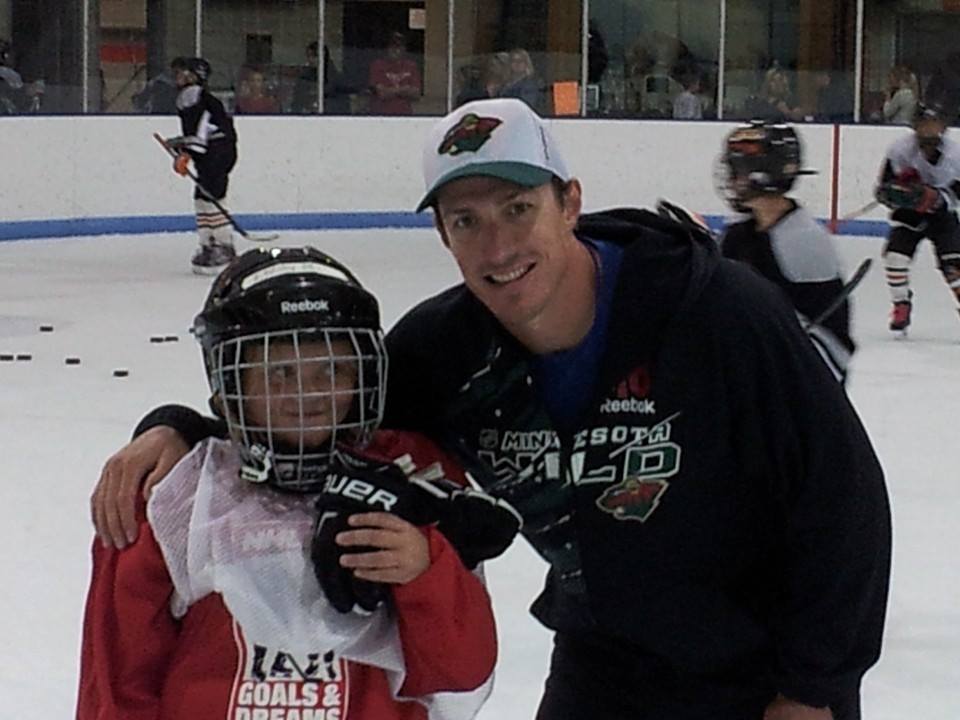 Minnesota Wild forward Ryan Carter poses with a young skater at the Hockey Moms USA Hockey Camp. Carter helped out as an instructor at the camp in his hometown of White Bear Lake. (Photo by Scott Tiffany)

“I was extremely proud to be a part of the camp that Hockey Moms USA put on,” Carter said. “It was refreshing to see the energy the kids had playing the very game I grew up loving.” 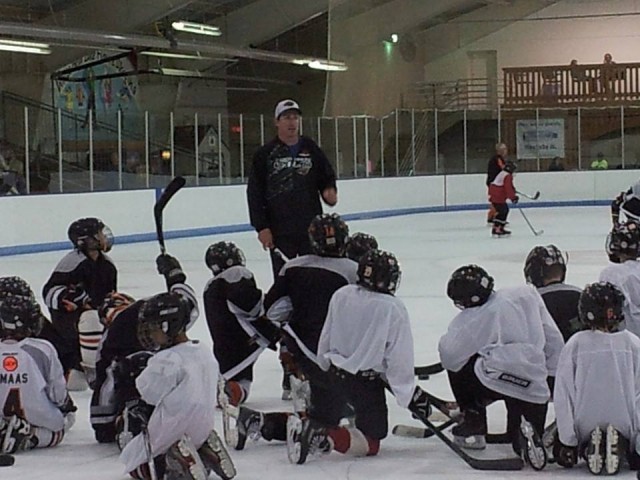 Many of the 60 campers on hand were there thanks to scholarships they received to attend.

“The campers skated hard, but it was hockey at its purest, it was played for fun,” Carter said. “It is a great thing Hockey Moms USA is doing to grow the game of hockey and make it accessible to everyone.”

Becki Boldt, founder of Hockey Moms USA, an organization dedicated to providing financial assistance to families wishing to participate in hockey, is proud of success of the inaugural event and thankful for the work done by Carter and fellow staff members Paul Ballis, Kelly Rittenhouse and Pete Schauer.

“We couldn’t have asked for a better first year with the camp,” Boldt said. “I know both the parents and the kids were pleased.”

The camp received donations from DeOdorBox and the White Bear Lake VFW while Shock Doctor, Black Biscuit and Dick’s Sporting Goods made contributions which went into a goodie bag each player received. Lunch was provided to the campers on the final day as well.

“So, not your typical hockey camp, because most hockey camps don’t do that; we wanted to make it special for the kids,” Boldt said. “I’ll be putting together a scrapbook of all the pictures [taken at the camp] for every kid. We took a ton of them.”

Winwell/Warrior and the National Hockey League Players’ Association donated jerseys to the camp.

Minnesota Hockey Magazine.com founder Scott Tiffany was thrilled to be involved with the event and praised Boldt’s work. 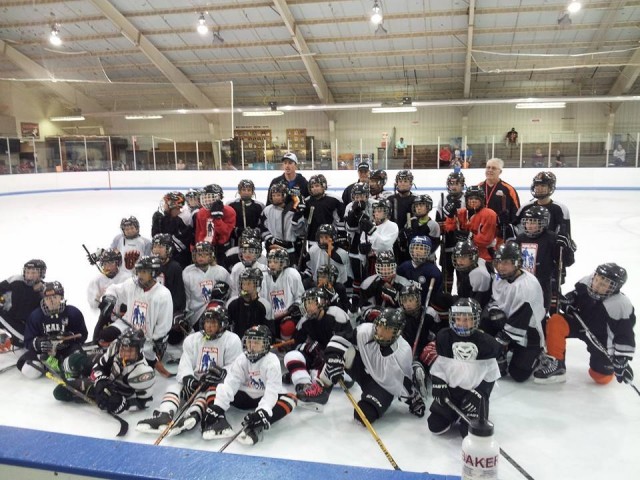 Carter (back left) and fellow coaches take a moment to enjoy a photo opportunity with camp participants. (Photo by Scott Tiffany)