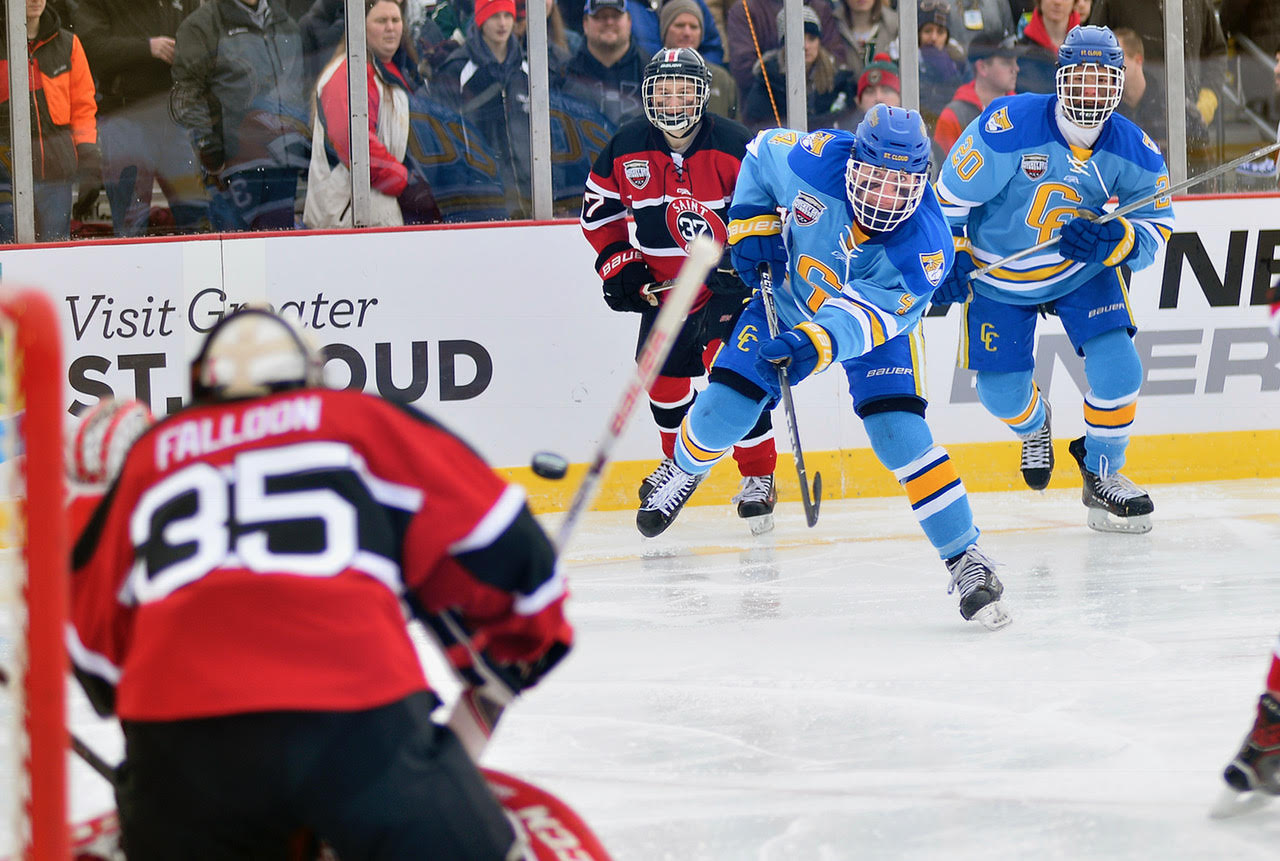 St. Cloud — Hockey Day Minnesota got off to a rousing start with a high-scoring affair between St. Cloud Cathedral and St. Cloud, a co-op formed by players from St. Cloud Tech and Apollo high schools.

The teams traded first-period goals but Cathedral’s timely goal in the closing seconds of second period, carried them to to an 8-3 win over its cross-town rival.

“Golden rules of hockey are never give one up in the first minute and the last minute and we got two of those,” head coach Derrick Brown said of his Crusaders. “That gave us a lot of energy and it’s just one of those things where I think after that they started pressing a little bit more, started handling it a little bit more than they probably should have and we took advantage of it after that.”

Sophomore Jack Smith scored 18 seconds left in the second period and junior Jackson Savoie scored seven-second into the final frame and the team never looked back. 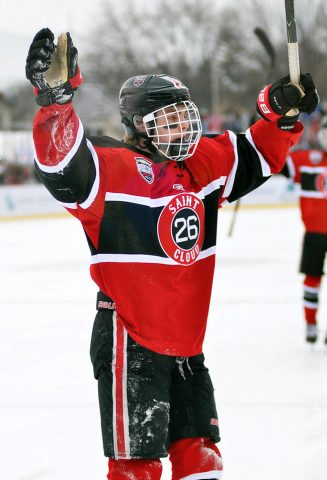 “Honestly, I don’t know what happened there in that third period,” St. Cloud Hockey Hockey senior Nick Portz Smith said. “I don’t know if kids got down … I can’t explain it.”

Cathedral wouldn’t let their foot of the gas pedal either, as they netted three more goals. Smith registered a hat-trick, with juniors Nate Martin and Jackson Savoie and senior Jake Minkkinen finishing the scoring for the Crusaders.

It was an eventful first twenty minutes as both teams capitalized on odd-man rushes. Cathedral opened the scoring with a short-handed goal from sophomore Jack Smith. But their lead didn’t last long, as St. Cloud senior Nick Portz registered an unassisted goal tying things up. Each team would lite the lamp once more before the period ended, as junior Luke Schmidt scored for the Crusaders and finally senior Carter Rieland tied things up for St. Cloud heading into the first intermission.

As the puck dropped for the second period, senior Noah Brisset of St. Cloud Hockey gave his team its first lead of the day on a slick shot where he snuck the puck right underneath the glove of opposing goaltender Noah Amundson. As the second period winded down, Cathedral would net two goals and one in the final seconds of the frame. Sophomore Blake Prebix tied it up with backhanded goal and Smith netted his second goal of the game in the final 20 seconds of the period which tiled the momentum towards the crusaders.

“Cross-town rival, obviously we wanted to beat them big and we came out to play today.” Smith said after the game.