Dubnyk at a loss to understand ruling 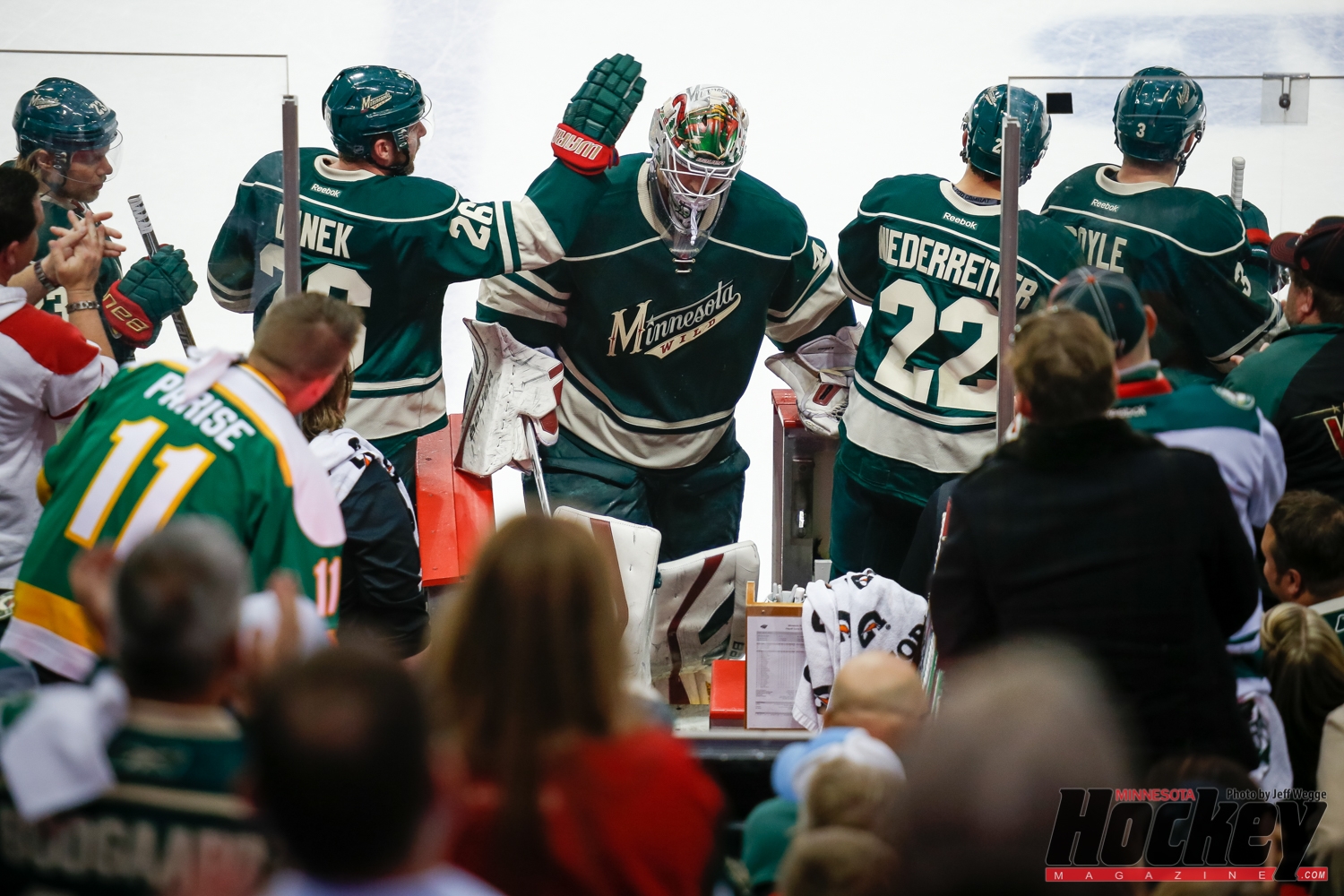 Dubnyk at a loss to understand ruling

St. Paul – Give goalie Devan Dubnyk credit: He does not skip the premises because of a rough game.

After the Wild opened their dressing room following Sunday night’s 4-2 loss to the St. Louis Blues, the first guy available was Dubnyk, who faced 16 shots and gave up three fairly soft goals before being yanked less than 31 minutes into the game.

He could have been long gone, but instead stood calmly in front of his dressing room stall, his arms folded and his head up, waiting to speak to the media.

“I’ve got to play better than that,” he offered.

But Dubnyk, whose record dipped to 25-22-5, was in no mood to shoulder 100 percent of the blame for a loss that scissored Minnesota’s four-game win streak in front of 19,040 Xcel Energy Center customers.

Less than two minutes after the Blues jumped in front 1-0 in the first period, former Wild center Kyle Brodziak backed into the Minnesota zone, corralling the puck behind him, then knocked it over to Ryan Reaves.

Possibly expecting a whistle for offside, Wild defensemen Marco Scandella and Jonas Brodin both relaxed a bit, according to Dubnyk. But Reaves did not, shooting from above the right circle and beating Dubnyk for a 2-0 score.

Officials on the ice conferred with the NHL war room in Toronto, looked at a replay on an iPad next to the scorer’s table and decided Brodziak entered the zone with the puck in his possession.

“A tough way to go down 2-0,” Dubnyk said, before ripping into both the decision and the way it was decided.

“This is a play that they brought the coach’s challenge in for,” he said. “This exact play. It was so offside that both our defensemen stopped playing.”

That left Reaves with “twice as much room,” Dubnyk added, noting that he spotted players on the St. Louis bench laughing after the goal was ruled good.

Brodziak said he had control of the puck, but replays showed that he was in the offensive zone and reached into the neutral zone to grab the puck.

“Just add it to a list of interesting calls on challenges everywhere around the league this year,” Dubnyk said, pointing out that the video replay on a small screen looked at by the on-ice officials would most certainly receive more impartial judgment on the big screens of the league’s war room in Toronto from people who did not make the original call.

Torchetti refused to debate the decision.

If his defenders backed off because of a probable offside, Torchetti, that would be wrong.

“We teach play to the whistle,” he pointed out. “It was a one on three; we should have made the play.”

Those two goals and another 10:21 into the second period got the hook for Dubnyk and put the Wild on their heels. They recovered somewhat behind outstanding goalie play from backup Darcy Kuemper plus late goals by Ryan Suter and Matt Dumba, but St. Louis added an empty-netter to thwart the rally.

Dumba, whose goal was his 10th, said the Wild can take pride in their comeback, coming as it did in the second of back-to-back games and Minnesota’s 12th game in 20 days.

“It shows we want it,” Dumba said.

He pointed out that the Wild have won eight of 12 since he took over and are two points ahead of Colorado for eighth place in the Western Conference. After starting with a 23-22-10 mark, he added, “I think everyone would have accepted that.”