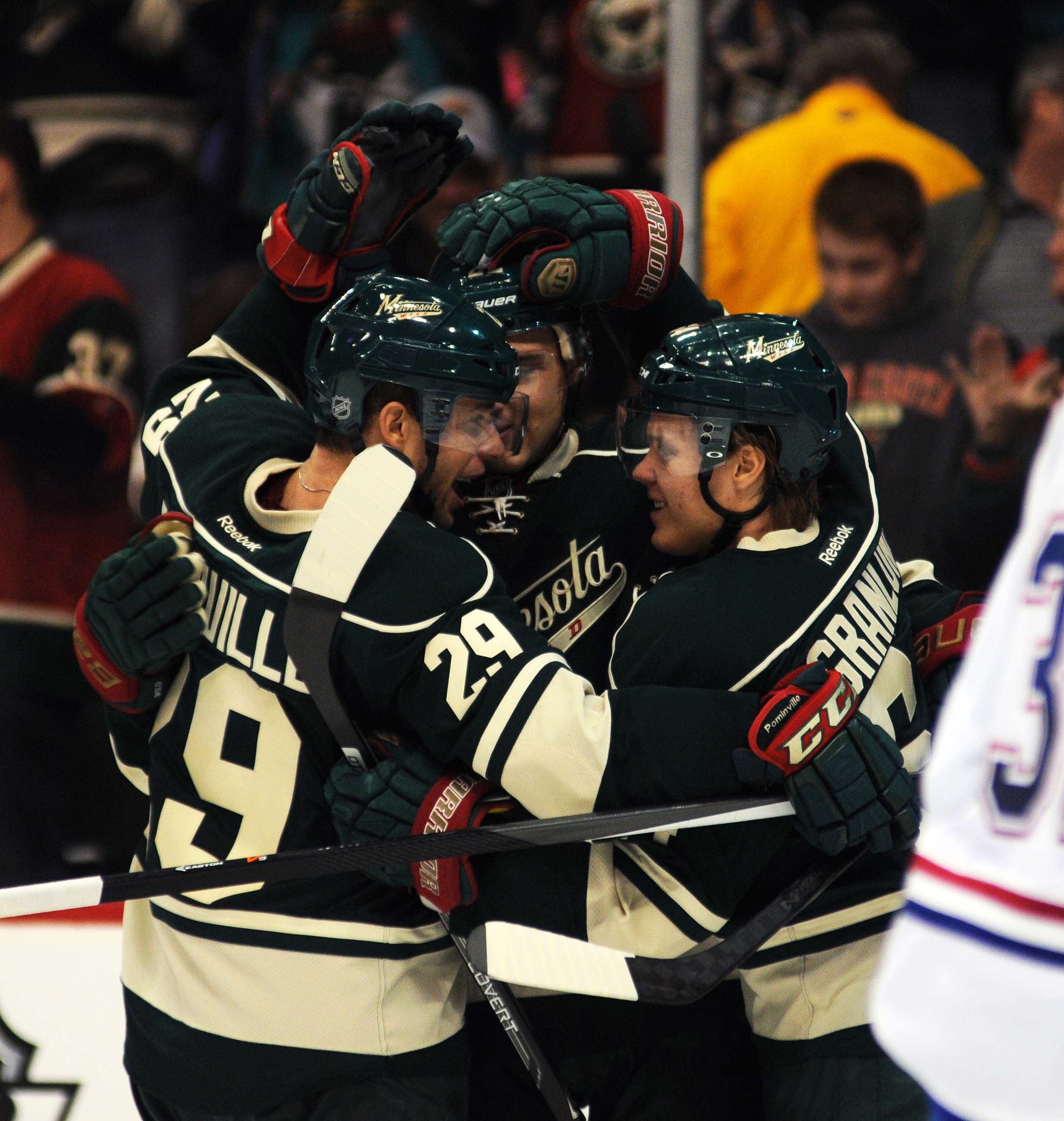 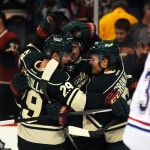 We told you last night about Wild forward Jason Pominville’s sudden emergence as a pure goal scorer to begin the season, at least for the time being.  He has amassed a team-leading nine goals this season including a league-leading eight in his last nine games since Oct. 14.

But, as the saying goes, there are no coincidences, only the illusion of coincidence and Pominville’s impressive goal-scoring run has not come by accident. The origins of Pominville’s offensive outburst can be traced to Wild second-year forward Mikael Granlund lining up alongside him.

The two became linemates in mid-October and each have experienced a renaissance of sorts ever since. In contrast to Pominville, Granlund has 10 points this season, all assists, and has already eclipsed his career-high point total from last season of eight (2-6–8).

“We’re not the biggest guys but we try to stay in movement and we seem like we find each other in a lot of situations,” Pominville said. “His overall game fits my overall game pretty well.”

When a Granlund pass sent Pominvile in alone on Montreal goaltender Carey Price for the first of his two goals last night, it gave Granlund the primary assist on four straight Pominville goals over three games.

“He’s a smart player,” Granlund said of Pominville. “Sometimes it feels like he knows what’s going to happen next and he can make plays and make good decisions so I like to play with him.

“He’s playing really good now; it’s an honor to play with him.”

The recent chemistry between the two has produced a formula for success which Wild coach Mike Yeo could hardly be faulted for wanting to bottle and pass around the Minnesota dressing room.

“They just complement each other,” Yeo said. “You’ve got one guy who’s obviously got great vision, distributes the puck extremely well, another guy who’s extremely smart at getting open and finding holes and burying it once he does.”

With his two assists last night, Granlund extended his assist streak to four games and his three multi-point games have him tied for the team lead. His seven assists since Oct. 19 are second only to the eight registered by Keith Yandle of the Phoenix Coyotes over that stretch.

Wild defenseman Keith Ballard, who picked up a pair of assists of his own in his return after sitting out seven games with an upper-body injury, came away impressed with the pair’s rink rapport and is eager to see more.

“Those two together have been real good,” Ballard said. “Granny passes the puck—he looks to pass quite a bit—and he obviously finds Jason quite a bit and [Pominville’s] got a great shot so it’s working; let’s enjoy it.”