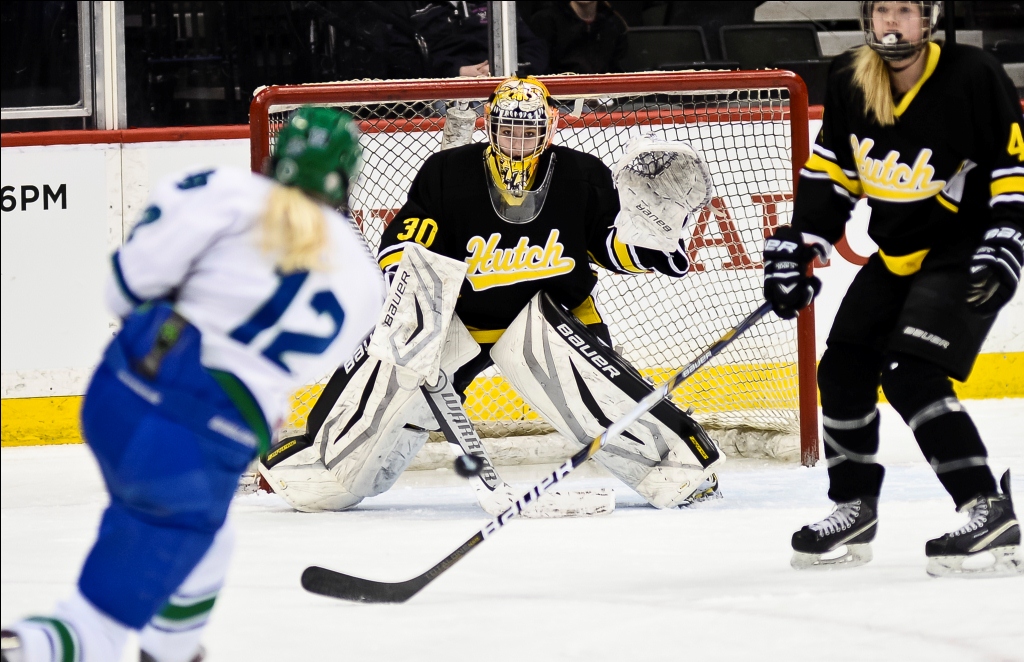 The Blake Bears took a 1-0 lead 1:05 into the game against Hutchinson Wednesday, and the goals just kept coming.

Nine, to be exact.

The two-time defending champion and No. 2-seeded Bears beat Hutchinson 9-0 in the Class 1A quarterfinal of the girls’ state hockey tournament at the Xcel Energy Center.

“We knew it was going to be a tough one,” Hutchinson Head Coach Mitch Fabel said. “They forced us so wide and closed in on us so fast.” 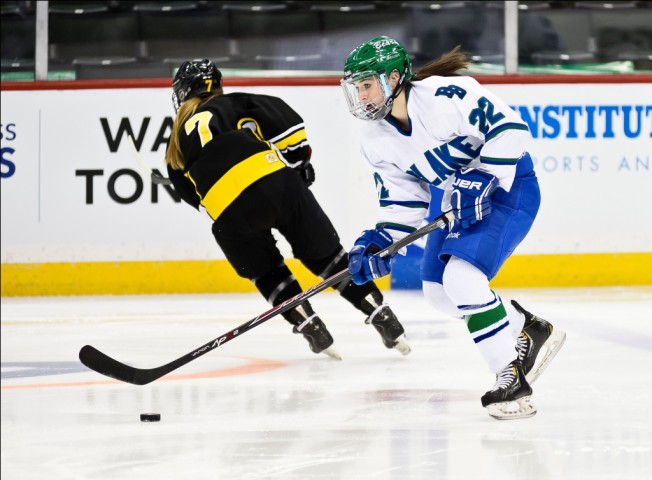 Already up 6-0 late in the second, Blake went on a 5-minute power play after a major boarding penalty for Hutchinson. Eleven seconds later, eighth-grader Grace Vojta scored from the point. Then with 28.3 seconds left in the period, eighth-grader Madeline Wethington scored to put the Bears up 8-0.

“We just have to make sure that we’re playing the game we want to play.”

Senior Karlie Lund had a hat trick and added an assist. Junior Carly Bullock scored two, bringing her season total to 48 goals. She also had three assists. Sophomore Lucy Burton bookended the scoring with the first and last goals of the game.  Freshman Sarah Chute had three assists.

No strangers to the state tournament, Lund said afterward that this team in particular has a lot of good chemistry, which makes it “a lot easier to play out there on the ice,” she said.

Blake is searching for its sixth overall state title.