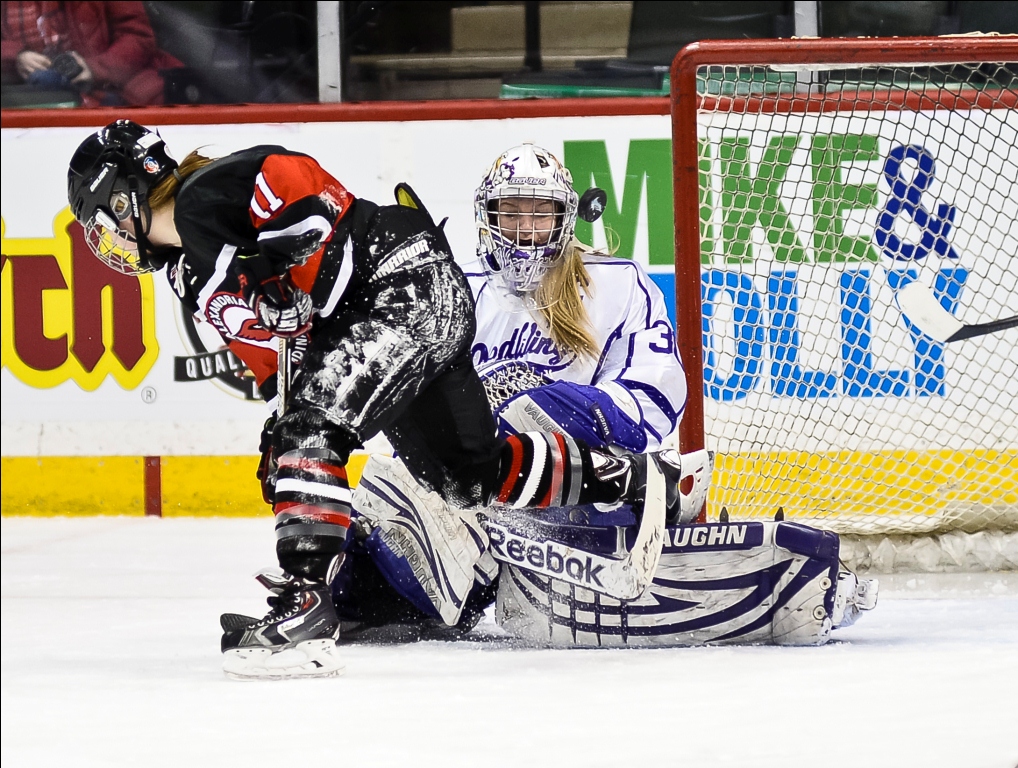 SAINT PAUL – The Red Wing girls’ hockey team rode a strong, two-goal second period to put itself in position to win and move on to the state semifinals.

The Wingers beat Alexandria 3-0 Wednesday in the Class 1A quarterfinal of the girls’ state hockey tournament at the Xcel Energy Center.

Junior Maddy Hardyman got Red Wing on the board early in the second period, after a poor clearing attempt from Alexandria. It was her 36th goal of the season.

“That was huge for us, I think,” senior Reagan Haley said, of that first goal. 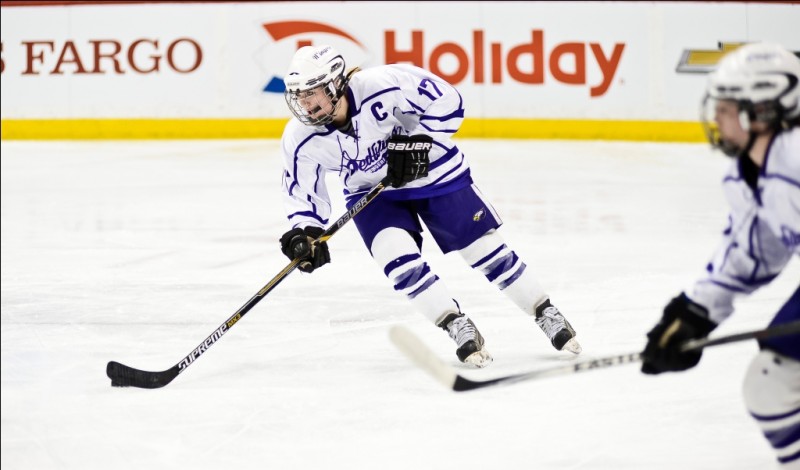 That seemed to give them a jolt of momentum for the rest of the period. With just 2:16 remaining, Haley tallied her team-leading 46th goal of the season to put the Wingers up 2-0. After the game, Red Wing Head Coach Scott Haley said that even with some of the previous state tournament experience for his players, they still get nervous at the start of the game.

“It was a really fun game,” said senior goaltender Ashley Corcoran. “In the first period, I think we all had some nerves.”

Haley added her 47th goal late in the game with a shorthanded-goal into an empty net. On the power play, Alexandria pulled its goaltender with 1:54 remaining in the game.

Shots on goal were even with 25 apiece.

When you give up the momentum, you have to work twice as hard to get it back, said Alexandria Head Blair Hovel.

“We executed our game plan, it’s just, we didn’t score,” he said.

Red Wing and Blake will face each other in the first Class 1A semifinal Friday at 11 a.m. Blake won 6-1 in an earlier meeting between the two this season.