Commentary on the “State of Hockey” 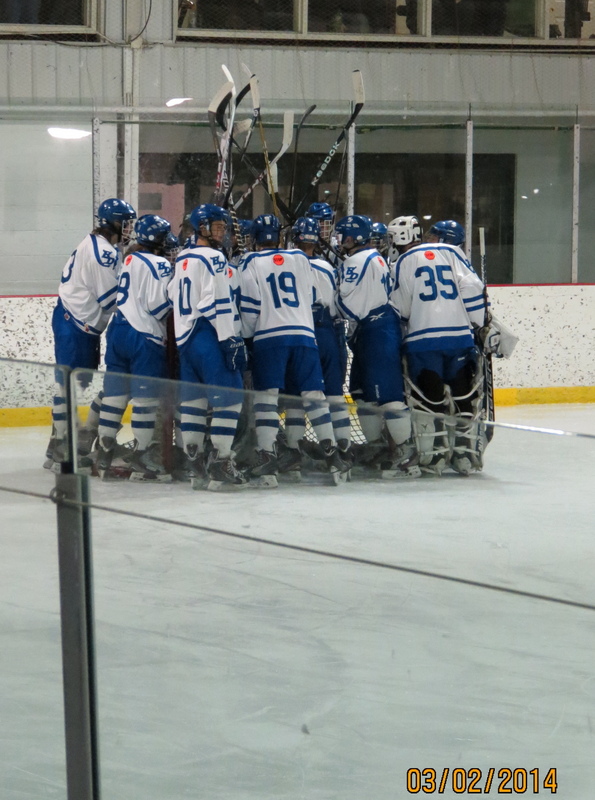 Editors note:  MHM became aware of the following commentary via Facebook as it routed around the Northern tier of Minnesota about the same time the author contacted us.  We received permission from the author to post this on MHM, as it was first published, unedited.  She also provided some additional insight that we are providing following her letter.

Some facts from this year’s regional and state youth hockey tournaments:  Metro teams won 30/40 regional tournaments and 13/14 state tournaments.  Just an up cycle, exception, or the rule?  Is this a case for change?  To contrast those results, the Section 8 A/AA team from the Northern tier of Minnesota recently won the Reebok Minnesota Hockey Ted Brill Great 8 title, featuring the best senior high school hockey players from all over the state.  The Section 8 team featured 12 Class A players where no other team had more than 8.  A very impressive display of talent and teamwork from a much smaller pool of players.

The hockey parents of Minnesota are passionate and this commentary brings up some interesting and controversial topics sure to stimulate many varied responses.  We will push this out to our Facebook page.  Let us know what you think.   MHM Staff.

An open letter to Minnesota Hockey and USA hockey: 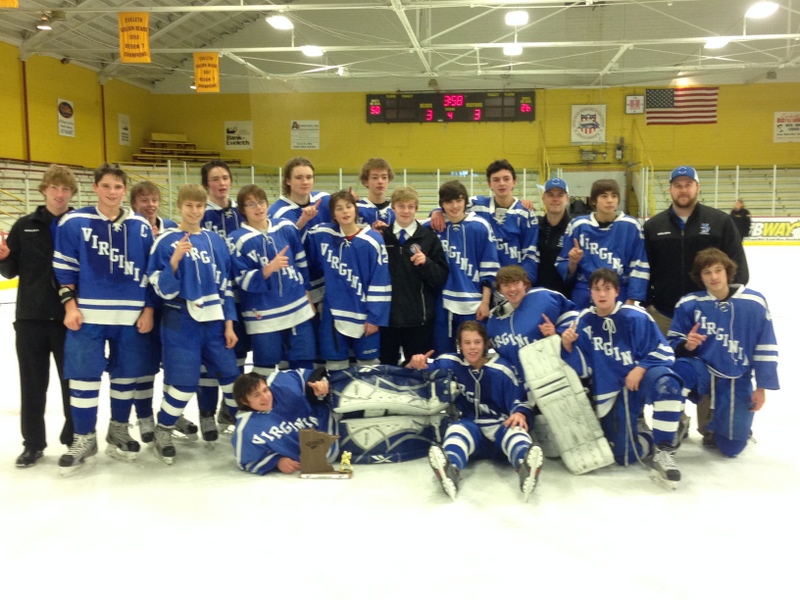 Two days ago I watched my son’s team lose a heart breaking game in OT to St. Paul Highland Central in the Bantam A northern regional tournament in the final elimination game.  I felt nothing but pride, even though they lost.  It was a hard fought game played with grit and determination; those boys left it all on the ice.  They had no more to give.  It was fantastic hockey.  The previous game against the North Shore Storm was also competitive hockey at its finest down to the final seconds.   The disappointment came only from that the elimination, and third place finish, of Virginia ended the chance for a northern team to represent the northern region.  This disappointment was not only from our players and fans, but from fellow players and fans of the other northern teams.  The boys got a taste of the politics that go into the tournaments.  Somehow, Minnesota Hockey has adopted the belief that dividing the twin cities metro area teams amongst the regions makes for a more competitive state tournament by allowing more “better associations” to advance to the state tournament.  This gets away from the “State of Hockey” title that Minnesota Hockey keeps promoting.  To truly be a state tournament, the best teams from each region of the state should come together to crown a champion for the “State of Hockey”.

All is not lost, because the state tournament is not what makes Minnesota the “State of Hockey”.  Any metro area can pour money into programs and rinks where only those who can afford the thousands of dollars in association fees, ice time and traveling expenses get to compete.  Minnesota is the “State of Hockey” because of the small communities that pour their hearts and souls into their programs.  The truth of the matter is that most of our players could never afford to play for metro associations.  Metro teams head north to our rinks, and we hear the snickers and complaints.  They’re right, it’s cold and some rinks are lacking in amenities and are in desperate need of upgrades.  That’s OK because it doesn’t matter if your parents make $30,000 or $300,000, you still get to play.

Virginia Bantam A practicing outdoors at a local rink

Minnesota is the “State of Hockey” because our youth skate at Ridgewood – an old rickety set of boards, a small warming shack that the city can only afford to keep open a few hours each week, a play area flooded by a fire hose and hydrant – all lit by a street light.  That’s OK, they shovel it themselves and skate past dark.  It’s home.  It’s a familiar site in small towns across the state.

Minnesota is the “State of Hockey” because a local rink had a recent structure problem.  Did they cancel the Mite tournament that weekend?  No, they opened the tiny warming shack and a nearby building, trailered in a Zamboni from a neighboring community and played it on the local outdoor rink.

Minnesota Hockey is the “State of Hockey” because of the local businesses and communities that pour their hearts and souls into their programs.  Some communities are fortunate to have benefactors who can build them rinks and locker rooms.  Just as important are the benefactors who donate prizes for raffles, offer discounts and otherwise simply give what they can.  It’s looking into the stands and seeing not only family, but others from the community who have come to support the teams.

The most heart-warming moment of the year came at a high school game between rivals Virginia and Eveleth-Gilbert.  The PA system failed while announcing the home starting line-up to a packed house.  The players simply skated to their respective blue line, but now what?  The recorded National Anthem would normally play, but only silence.  That is until someone started singing in the student section, then a few more fans joined.  Our youth players joined and soon the whole arena joined.  No direction, just impromptu.  Pure class and inspiration, followed by a great game.

As my son finishes his last year of youth hockey and now moves on to high school to finally have the opportunity to don the coveted blue and white VHS jersey, I’d like to say thank you to all the communities that have welcomed us.  And we’ve seen a few.  Thank you to the hotel staff who opened up their kitchen to feed the boys pizza when the entire city shut down due to a snow storm.  Thank you to all the patient wait staff who took orders and divided checks by jersey numbers and rearranged tables.  Thank you to the parents who worked countless hours at tournaments to make sure we had a great weekend.  Thank you to the fellow families who shared rides, rooms, and meals so all kids are able to travel, even if their parents didn’t have the schedule or money to make the journey.  You all make up a wonderful hockey family, and this is what makes Minnesota the “State of Hockey”.  It’s not about fancy rinks and high dollar associations.  It’s about kids in all corners of the state playing the game.  It’s used skates and hand-me-down breezers.  It’s triumph and defeat.  It’s playing for the communities that have supported you through the years.  It’s the sound of skates on ice and rattling boards.  Thank you!

Kathy Seppala, a fellow hockey mom from Virginia, stopped by your booth at the Expo during the state tournament.  She gave me your contact info and said you’d be happy to publish an open letter that I wrote to Minnesota Hockey (which I have not received a reply to as of today).  I attached a copy of the letter, but I’d also like to provide a little insight.

First, I by no means am stating that our boys didn’t make the state tournament because the metro district was included in our region.  Truth is that there were good teams in that bracket, and any of our games could have gone the other way.  If that tournament was played again, there could have been a much different outcome.  Plus, those metro teams would have been replaced with two other competitive northern teams.  The northern regional should belong to the northern teams (and the same goes for the other four regions).  Distributing the metro teams amongst the regions is allowing the metro area to take over the sport.  The Bantam A state final was played by two nearby metro teams representing two opposing regions!

Whether anyone wants to admit it or not, metro hockey is becoming a “rich kid’s sport” (upper middle class, at least).  The ice time fees alone are too much for most middle class families.  Out-state associations are keeping the sport accessible and affordable for kids of all means.  These teams are also competitive – the team our boys lost to in OT eventually won the state title.  These teams deserve the opportunity to represent their own regions.  If Minnesota wants to get back to its “State of Hockey” roots, let’s get two teams from each corner of this state and bring them in for a true STATE tournament.

Thank you for taking the time to hear our voices.