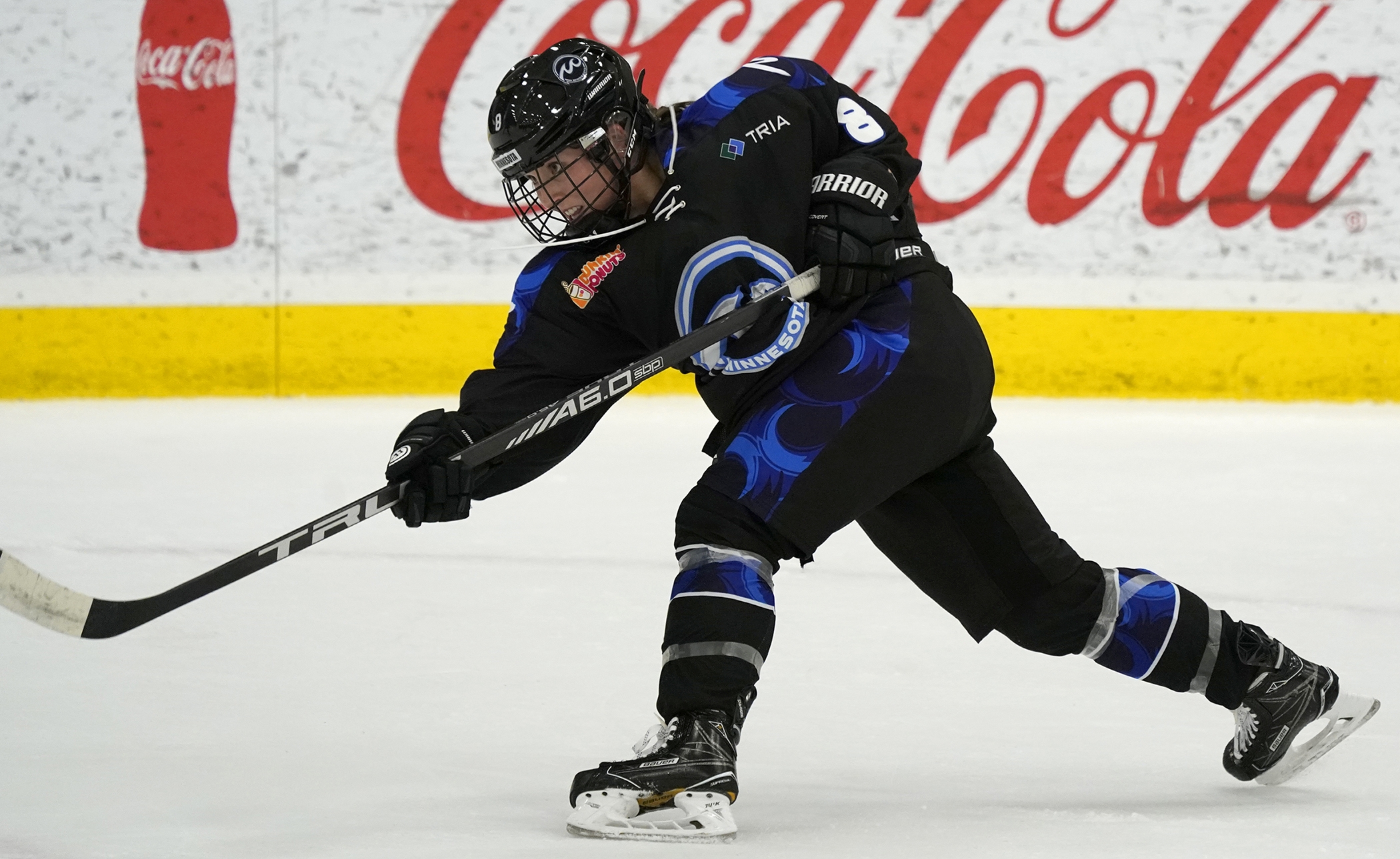 Watch Minnesota Whitecaps defenseman Amanda Boulier hop over the boards for a line change and you’ll notice her style is a little different than some other players.

“She has to jump,” said coach Ronda Engelhardt.

Indeed, the 5-foot-1 Boulier gives herself a little momentum getting over the boards. It’s a contrast to her defensive partner, Lee Stecklein, who stands a full foot taller.

But that little quirk certainly doesn’t mean anything when it comes to Boulier’s hockey abilities. She’s an All-Star defenseman with 5 goals and 6 assists for the Whitecaps in their inaugural season as part of the National Women’s Hockey League. Boulier leads Whitecaps defensemen in points (11) and goals (5). Both Boulier and Stecklein will represent the Whitecaps, along with six other teammates, at the NWHL All-Star festivities this weekend in Nashville. 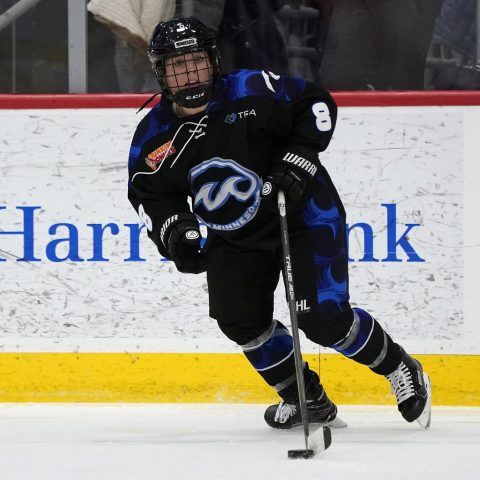 Boulier is also a native of Watertown, Conn. and a St. Lawrence University graduate. She played her rookie NWHL season with the Connecticut Whale last year before joining the Whitecaps. She’s one of only a few players on the roster without a hometown or college Minnesota connection.

Boulier brings a light, not-too-serious personality to the team, and on the ice she’s a good lateral puck carrier who can also get a shot off, according to Engelhardt.

“She’s probably our best at that,” Engelhardt said. “It’s been fun to watch her, just because she’s quick in being small. She kind of has to be, so she finds a way to play big.

During a game in Connecticut on Jan. 13, Boulier scored a goal and 2 assists in a 4-1 victory for her only multi-point game of the season. She had plenty of family and friends in the stands, and her solid performance was “just the icing on the cake,” Boulier said.

Back in Minnesota, the Whitecaps swept the Whale in their final regular-season series at TRIA Rink in St. Paul with back-to-back shutouts the next weekend, on that celebrated Hockey Day Minnesota, with 2-0 and 9-0 victories. Boulier scored the first goal of the 9-0 game on a point shot through traffic in the middle of the second period.

Her perspective on Hockey Day Minnesota is a little different as someone not from the state. She probably has the same amount of passion for hockey as Minnesotans, she said, which is something you don’t find much in her home state.

“I think I was supposed to be born in Minnesota, to be honest,” Boulier said. “I love being around so many people that just love the sport of hockey as much as I do.”

The Whitecaps played in front of sell-out crowds (1,200 capacity) for all eight home games this season. Playing in front of so many supportive fans has been great for Boulier, especially coming from Connecticut where they’re battling the fan engagement aspect, she said.

“Our home opener, I’ll always remember taking the ice for warm-ups and hearing the crowd,” Boulier said. “I mean, I had chills. It was hard for me to not keep smiling.”

On the ice, Boulier has already surpassed her numbers from her rookie season with the Whale where she scored 4 goals and 10 points. She and Stecklein, 24, have teamed up as the top defensive pair this season, reuniting as teammates; they played together along with fellow Whitecaps player Hannah Brandt on the U18 team that won gold at the 2011 World Championship in Sweden.

“She’s an amazing defender,” Stecklein said of her defensive partner. “To get to play with her again, it’s been really exciting. To know that we were able to steal her from Connecticut is really helpful.

“She’s an awesome D. One of the best I’ve ever played with.” 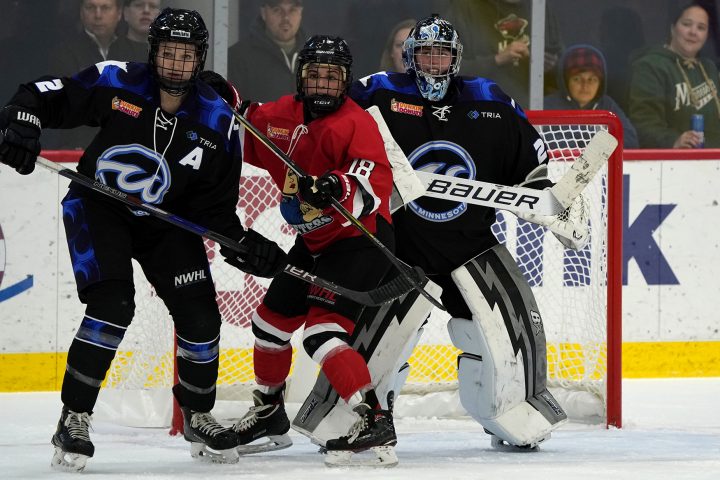 Stecklein, a Roseville native, 2018 Olympic gold medalist and former national champion with the Gophers women’s hockey team, will captain one of the NWHL All-Star teams this weekend, with five of her Whitecaps teammates on the squad. Stecklein has 1 goal and 7 assists this season.

Boulier will be on the other side at the All-Star Game, as she and teammate Kendall Coyne Schofield join Team Shannon Szabados. The skills competition will be at 5 p.m. CT Saturday at Ford Ice Center with the All-Star Game directly following the Nashville Predators game on Sunday afternoon at Bridgestone Arena.

Boulier was an All-Star last year, too, when the event was held at TRIA Rink. She said that the experience was another reason she was enticed to sign with the Whitecaps this year after seeing the fan engagement and passion for the sport.

Boulier, 25, was an assistant coach with the Yale women’s hockey team for a couple years but then decided she wanted to focus more on playing, which also helped steer her toward Minnesota. She moved to Duluth and commutes down to the Twin Cities with two other Whitecaps players for practices and games.

She simply wanted to be on a competitive team, a fun team and “be around people that love being at the rink as much as I do,” Boulier said.

“I feel like I’m in a really good spot, and I’m very happy,” Boulier said.