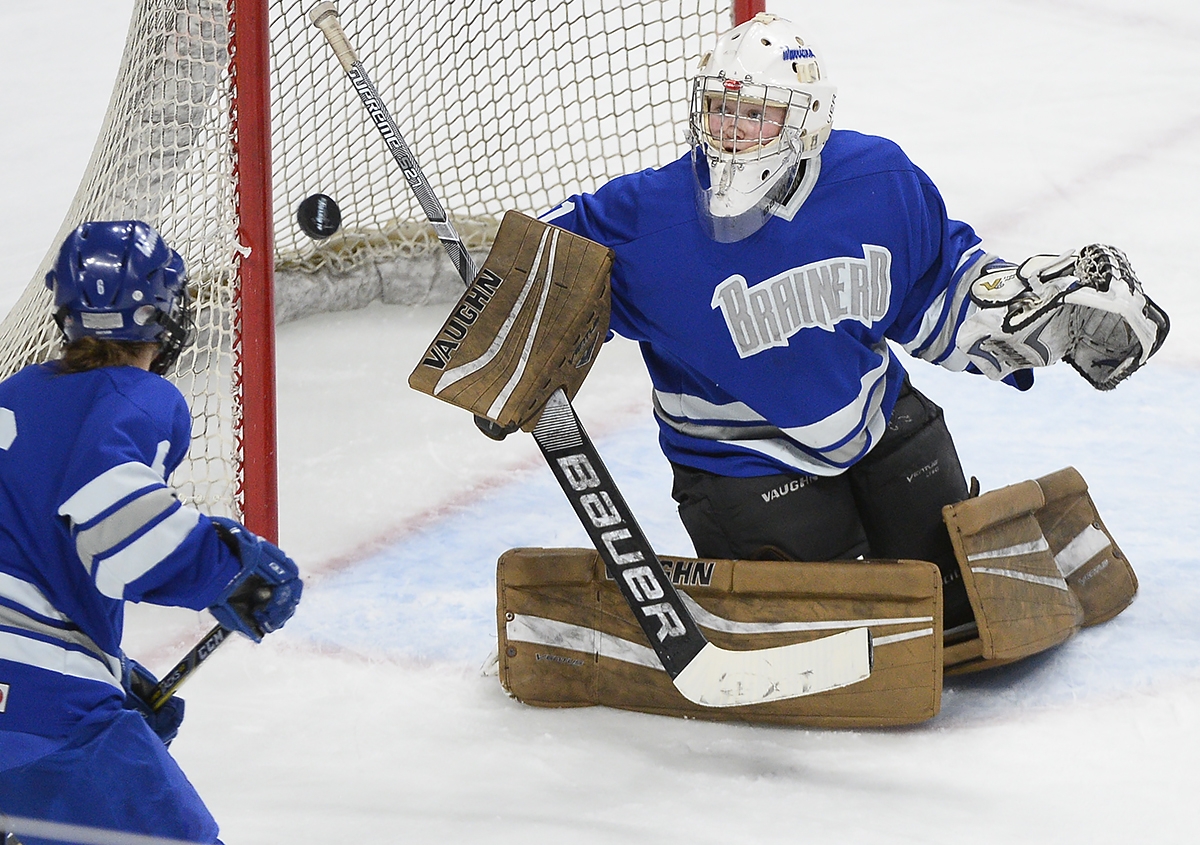 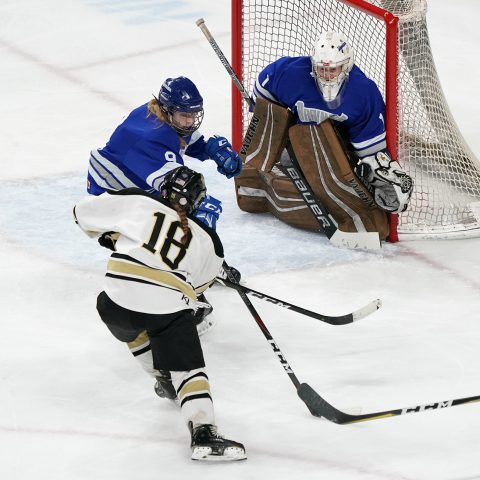 King powers Brainerd to Class 2A Final  Midway through the first period, Brainerd was about to try and kill off a 5-on-3 for one minute and eight seconds against a high-powered Andover offense while trying to preserve their 1-0 lead. But to successfully kill off the penalties, the Warriors were going to need a herculean effort from their senior goaltender Olivia King.   For one minute and eight seconds, Brainerd got exactly what they wanted as King stood tall in goal and did not allow one puck past her, including a huge pad save with 10 seconds left on the penalty. Some goalies might wilt under the pressure of getting peppered as King did for 68 seconds, but she prefers to see a lot of shots and got more comfortable as they kept coming in. “It’s exciting to get a lot of shots,” she said.    “It was huge,” Brainerd coach Jim Ernster said of the 5-on-3 kill. “This is the time of year when seniors and goaltenders win games for you.”

King finished with 38 saves in a 3-2 Brainerd win that took overtime to settle. King credited the team’s play all season on the penalty kill before making a quip about penalties by saying, “We seem to [take] a lot of penalties,” that even got a postgame chuckle from her coach.   The Warriors – specifically King – did not relent in two periods and took a 2-0 lead into the third.  “To keep them at bay for two periods is really important,” said Ernster of Andover’s offense.  Meanwhile, Andover was not about to let themselves get down despite not getting a puck – 29 shots through two periods – past King in the Brainerd goal. “We were not letting out heads hang,” said Andover forward Hannah Stauffeneker. “We were not feeling sorry for ourselves [at that point].”  However, Andover did make a comeback in the third as they scored six minutes into the period and tied up the game with just over six minutes to play. The Huskies nearly won the game with a minute to play as King once again was called upon to make a sprawling save with Andover on a breakaway.  The save sent the game into overtime where it took all of 10 seconds for Brainerd to score the winner – off the stick of Cheyenne Abear – and send them to the Class 2A finals Saturday night to play the winner of Minnetonka/Edina.  With his senior goalie now in the spotlight, Ernster said of his goalie being on the state’s radar, “I sure hope so [that everyone has taken notice]. I’ve seen a lot of good saves over five years.”