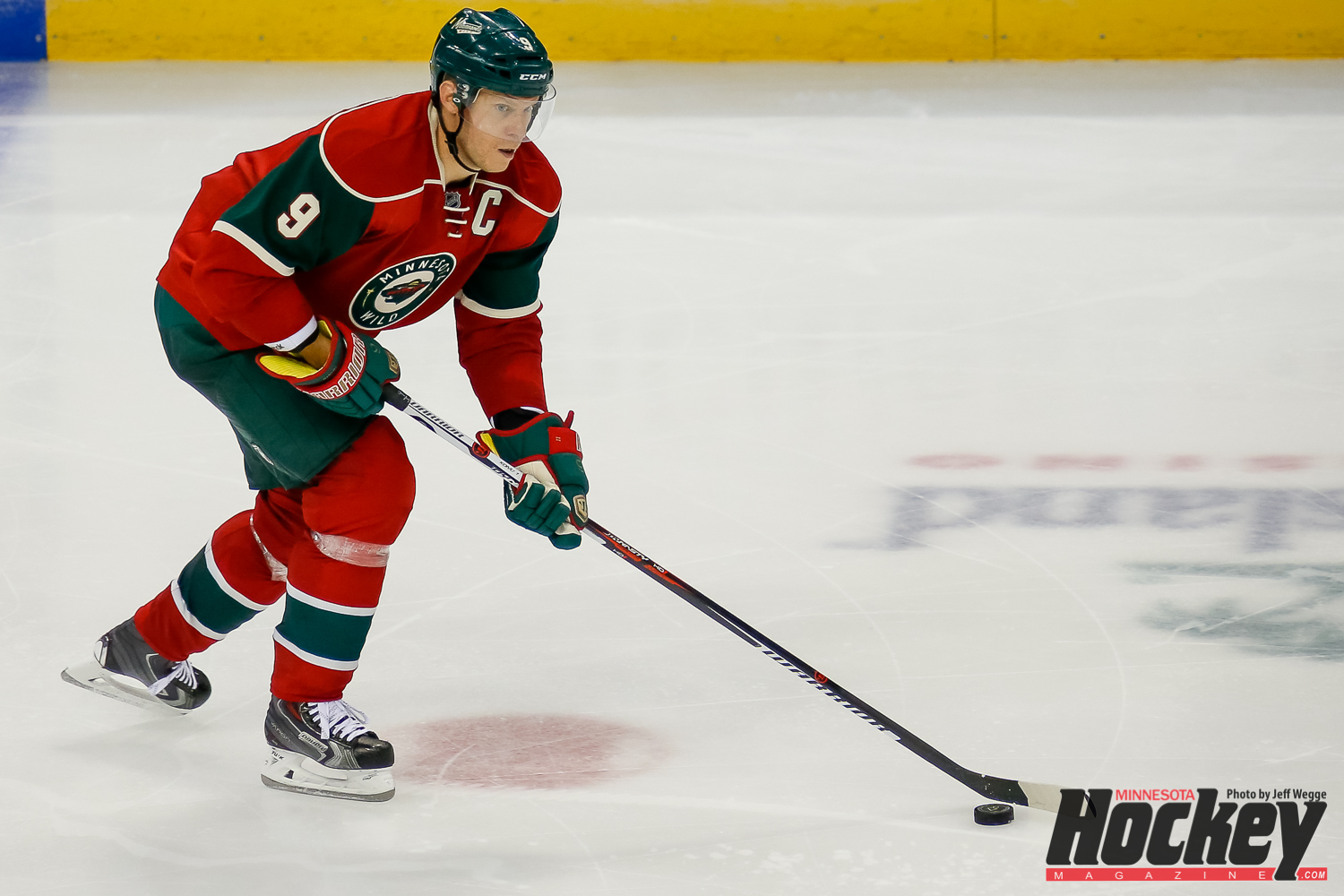 Wild captain Mikko Koivu has been a fixture in the Minnesota lineup for a decade. (MHM Photo / Jeff Wegge)

Minnesota forward Brian Rolston celebrated game No. 750 of his NHL career with a hat trick and Alexandre Daigle added two assists as the Wild snapped a four-game road losing streak with a 3-1 win over the San Jose Sharks on Saturday night. Goaltender Dwayne Roloson earned his first win in five games with 35 saves.

That’s the gist of the news many of us woke up to the morning of Nov. 6, 2005, very likely reading it in the newspaper back in the pre-Twitter era and the infancy of a much different Facebook.

A footnote from the game which saw the Wild’s penalty kill thwart eight San Jose power plays was the National Hockey League debut of Mikko Koivu, the Wild’s first-round selection (No. 6 overall in the 2001 NHL Draft. The 22-year-old Finnish star skated 13:01 in 20 shifts that night, collecting 2 PIM (tripping in the second period), taking one shot and losing all four of his faceoffs.

“I remember the first shift,” Koivu said. “There was Patrick Marleau and he was just flying by me and shot the crossbar right in front of me. I was like, ‘Whoa, this is fast.’”

10 years and 692 games later, Koivu, more than six years removed from being named the Wild’s first full-time captain, is more than up to NHL speed.

Wild coach Mike Yeo said 10 years is an awful long time for a player like Koivu to do what he does for his team.

“He’s not a player that drops the gloves but he’s a player that plays a rugged game,” Yeo said. “He’s in the corners, he’s taking hits, he’s physical when he doesn’t have the puck and he competes night after night.”

Koivu marked his tenth anniversary in a Wild sweater by assisting on Marco Scandella’s second period power-play goal in Minnesota’s 3-2 loss to the Nashville Predators on Thursday night at Xcel Energy Center. He skated a season-high 22:06 and currently has 11 points (3-8=11) in the last 11 games, leads the Wild in scoring and is tied for first on the team in assists.

Since Koivu’s debut, a total of 157 players (145 skaters and 12 goalies) have skated in at least one regular-season Wild game. Prior to Koivu, only Nick Schultz (686 games) and Pierre-Marc Bouchard (523) could lay claim to a 10-year anniversary in Minnesota.

Koivu and older brother Saku, who played 18 seasons with Montreal and Anaheim, have so far combined for 1,344 points in 1,817 NHL games. He says the decade has gone fast but he has a lot to look back on with fondness.

“I guess it does feel like 10 years, but only in a good way,” Koivu said. “There’s lots of ups and downs in sports, always, but there’s so many good things like being able to play with one team in one city, the friendships that you create over the years; I think that’s the biggest thing.”

Koivu pointed to Rolston as a teammate he really looked up to on and off the ice but also acknowledged close friends and road roommates like Schultz, Kurtis Foster, Brent Burns Bouchard among those who have influenced him over the past decade.

“Those guys made it a lot of fun and, like I said, you create these friendships and it’s a good feeling.”