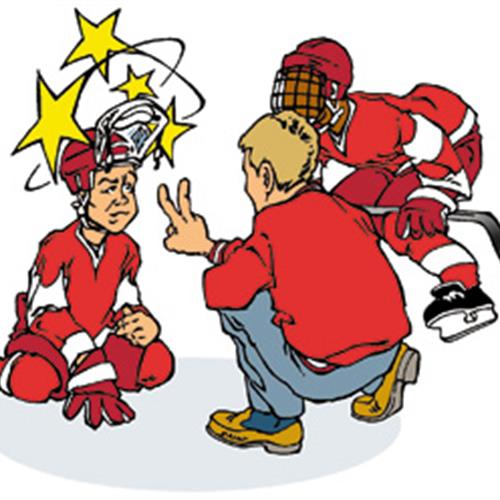 With the recent NHL class action lawsuit alleging a lack of duty of care to hockey players at risk of concussion, leagues and teams face increased risks of liability. Reduced body checking exposure levels at minor league peewee hockey will not remove the risk of injury in what is still a contact sport. This study from Impakt Protective shows that head impacts in non-body checking games are still a major factor.


Earlier this year, the developers of the Shockbox Helmet Sensor presented their findings at the Ontario Medical Association Sport Med 2013 conference in Toronto, ON. A total of 80 direct helmet impacts were recorded across 19 players in a 3 month period. Over this three month period, a total of 4 concussions were reported by the team staff, for which all were recorded by the helmet sensors. One of the reported concussions was the result of a player collision, two were the result of a fall to the ice and the remaining was the result of a player and board collision. The application of helmet sensors in ice hockey games and practices has been shown to provide real time and longitudinal data on direct head impact exposure levels to ice hockey players.

The Shockbox technology has been extensively tested by third party researchers including the University of Pittsburgh Sports Medicine (UPMC) that treated NHL star Sidney Crosby’s concussion symptoms. The 1 oz Shockbox sensor wirelessly sends impact data to a smartphone when a player receives an “at risk” hit that may result in concussion. The helmet sensor has become a vital tool for concussion management in hockey teams. The NHL likely expected the latest lawsuit, especially after the $765 Million settlement by the NFL earlier this year. Occasionally lawsuits are raised in minor league against schools and teams and it may be an unfortunate litigation trend about to unfold in youth hockey. By educating players, parents and teams about concussions and by monitoring the level of exposure to head impacts, leagues may be able to reduce their liability risk. At the same time leagues may be able to sensibly respond to the current concussion crisis without eliminating the sport entirely, which would be a huge detriment to Canadian youth character development and physical exercise.

Danny Crossman, CEO Impakt Protective, founder of the Ottawa based startup company helped develop the military helmet standard and has been included in various round table discussions in Canada and the United States as subject matter experts. With the release of the Shockbox Helmet Sensor for concussion management, the Shockbox is a device parents, coaches and trainers need to take notice of in order to stay current in the technology available in this sector and the safety of players. “We feel strongly about being part of the solution with this concussion issue in sports,” says Crossman, “research has been the key to our development and success and our mission to support concussion management programs everywhere so players can continue to enjoy the sport they love.” Impakt Protective has worked with Neurosurgeon, Dr Charles Tator PhD, MD as well as been involved in other research trials in snow sports, as well as POP Warner Football with Chief Medical Officer Dr Julian Bailes MD.

Incorporated in 2010, Impakt is a privately owned high-tech sensor company located in Ottawa, Canada and the creation of Danny Crossman and Scott Clark. Danny Crossman, a former Army bomb disposal officer and Business Development executive led the development of numerous lifesaving technologies such as the bomb suit featured in the movie The Hurt Locker; Advanced Combat Helmet impact pads; roadside bomb jammers used by the USMC and recently the Helmet Impact Sensors used by US Army and USMC to monitor mTBI in deployed soldiers and Marines.

For further information or to schedule an interview please contact: