Developing a Growth Mind-set in Our Athletes

Praise the process, not the talent 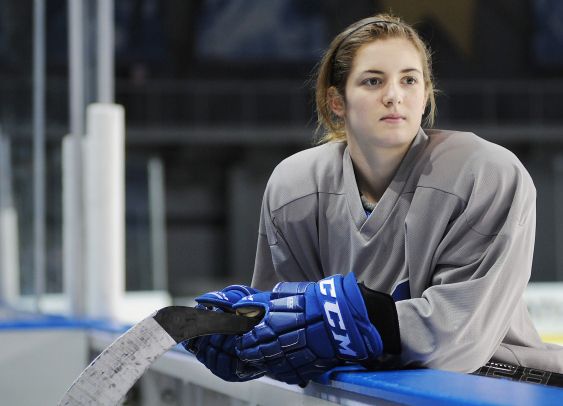 Praise the process, not the talent

Numerous studies of academic performance provide some interesting results for the hockey world. The implications of these studies could change the way you praise your players.

Carol Dweck, a Psychology Professor at Standford University, has extensively studied children’s academic performance. In multiple studies, she demonstrated that students who are praised for their intelligence often underperform and lack the ability to overcome adversity. However, students who are taught a “growth mind-set” – a mindset that emphasizes the process of learning and growing, despite the end result – are better positioned to do well and outperform their peers.

In hockey, the best kids in each association and at each level are often praised for their talent. Parents can be overheard describing a player as a “great athlete” and “incredibly gifted.” When we overemphasize talent, we implicitly tell young players that ability is a fixed trait. A player who scores a lot of goals and is told how great an athlete he is comes to believe that his success is because of who he is, not what he does. The problem with this mindset is that the inverse is also true – when faced with adversity and failure, this same player will naturally conclude the result is because of who he is.

Especially in youth hockey, players develop at such different rates that elite players today can — and often do — lose their competitive edge tomorrow. We want these players and those that are maturing less quickly to all understand that their performance is a result of mental and physical preparations. It is not the result of an inherent ability or inability to play the game.

Some schools, seeing the amazing long-term academic performance of students with a growth mind-set, have begun implementing programs that teach students how the brain works. Students learn that as they study, their brain becomes stronger and smarter. Students embrace challenges, despite the odds of failure, since they understand it is the process of learning that matters.

We should strive to communicate this same message to our players. Their muscles and athletic abilities can be improved through effort and dedication. Skating technique and speed are not fixed attributes. And challenges that ultimately result in failure are not negative – they are positive because they push players to develop quicker feet, better passing, and softer hands.

So next time your player comes off ice after a practice or game, don’t praise them for who they are, but rather what they’ve done:

“You worked very hard today”, “Your passing is much better”, “What a great shot, buddy, that practice in the garage is paying off!”, “Wow, your stick-handling has improved. If you keep up the hard work and keep doing your stick-handling circuits, just imagine how much more you’ll improve”