Compiled from team and league releases

Lots to ‘like’ in the MIAC
The MIAC’s social media presence started two years ago, in the fall of 2010, with Facebook and Twitter accounts dedicated to the conference. This week, both MIAC social media sites hit significant milestones, as the league received its 1,000th “follow” on Twitter, and its 800th “like” on Facebook. The MIAC would like to thank its dedicated fan base for help reaching both numbers.

In addition, metro-area MIAC fans will get a chance to see conference action on TV this winter. Channel 45 plans to broadcast two hockey contests at the University of St. Thomas, one each in men’s hockey and women’s hockey. The broadcast schedule is below.

Bethel men’s hockey brings broomsticks to St. Peter
The Bethel University men’s hockey team went on the road Saturday night and completed the sweep of the #5 ranked Gustavus Adolphus College Gusties with a 2-0 victory at the Don Roberts Ice Rink. After an emotional and physical, and at times dominating, 3-2 win Friday night the Royals proved it was no fluke with another solid performance and a convincing victory. Bethel outshot Gustavus 24-20 and freshman Matt Rowe recorded his first career win and shutout in the net.

Gustavus’ Colleen Jacoby makes impact between the Pipes
Less than one day removed from her first collegiate start on Saturday afternoon, Gustavus goaltender Colleen Jaboby (Muskegon, Mich.) recorded the first shutout of her career to allow the Gustavus women’s hockey team a season-opening sweep over Bethel with 3-1 and 2-0 victories.  Jacoby tallied 29 saves on the night, the most in regular-season play since Dec. 10th, 2010 when Danielle Justice `12 recorded 36 saves against UW-River Falls.  Jacoby’s 29 saves are also the most in an MIAC regular season-game since Nov. 22nd, 2002 when Anne Kautzer `05 recorded 29 saves against St. Thomas.

Hamline women’s hockey finally goes home
Nearly a month after they were allowed to start practice, the Hamline women’s hockey team finally got on their regular home ice – Warner Coliseum – Monday, November 12, for a practice. The ice hadn’t gone in at the Coliseum so the team had been practicing at Ridder Arena. As it turned out, it was a brief moment. The day after practicing at home, HU headed to Duluth for a non-conference game with St. Scholastica. The Pipers played their first three “home” games in Vadnais Heights and a fourth at Ridder. The women play their first game at Warner on November 18 against St. Olaf.

St. Catherines hockey opens MIAC season with sweep of Augsburg
After dropping it’s opening game of the season without scoring a goal, the St. Catherine University hockey team erupted this weekend, scoring three power goals Friday night in a 3-2 win over Augsburg before shutting the Auggies out 2-0 on Saturday at home. Newcomer Bailey Rasmussen scored the first goal in each contest, while Megan Killmer and Mallory Ryan each collected two points in the Friday win to lead the Wildcat attack.

Why did you choose to be a Division III student-athlete?
I couldn’t imagine not continuing playing hockey in college, and this was the perfect opportunity

If you could meet any athlete, who would it be and what one question would you ask them?
Wayne Gretzky of course! I would ask him what was the most valuable thing he learned playing hockey

Who was your favorite childhood athlete and why?
My brother, because I have always looked up to him as a hockey player

What is your most embarrassing sports moment?
When my breezers fell down while playing

Do you have any pregame/pre-event rituals? If so, what are they?
Eating noodles and stretching

If you have been involved in community service projects, which project has been the most rewarding and why?
I always think going to Feed My Starving children is rewarding because it puts in perspective the difference between needs and wants. 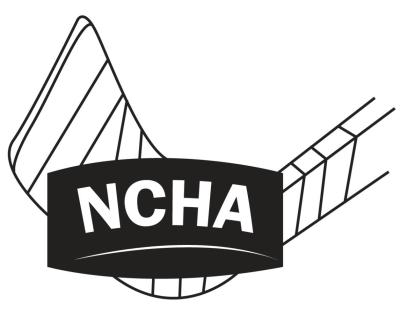 Just one weekend after Concordia-Wisconsin’s Kaitlyn Evans put up a top-10 save performance with 54 stops, Finlandia’s Taylor Gustafson of Lakeville, Minn. posted 64 saves in a 5-1 loss on Friday, November 9.  The 64 saves is the second most all-time in NCHA history, just 5 short of the record.

Gustafson faced more than 20 shots in all three periods against visiting Marian.  Her save totals by period reads 24-21-19.

In the second game of the two-game series Gustafson made 41 more saves, good for 105 stops on the weekend.

The single-game save record is 69 and is held by Melissa Calder of Marian, who accomplished the feat on February 19, 2010 against UW-River Falls.  The record for all games (including non-conference) is 79, set by Katie Hirsch, also of Concordia-Wisconsin, in 2007.

Below is a list of the top single-game goaltender performances in NCHA history: