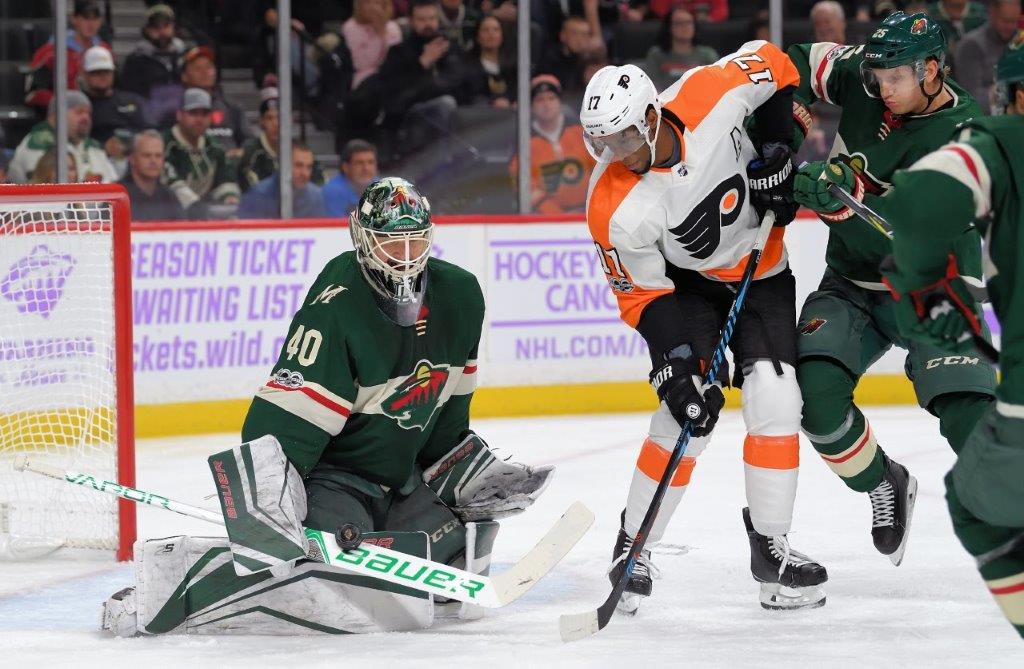 Goaltenders rarely find themselves in the scoring column and have even fewer opportunities to take part in a goal celebration. Devan Dubnyk, however, accomplished both with 37 seconds remaining in the Wild’s 3-0 home win over Philadelphia, Dubnyk’s third straight shutout and second in four days against the Flyers.

Just 20 seconds after Eric Staal’s empty-net goal doubled Minnesota’s lead, Dubnyk corralled the puck behind his net and rimmed it up the boards to Jason Zucker who flipped a 150-foot shot into Philadelphia’s still-vacated goal.

“It took me a second there to calculate it, but I realized that it came off my stick,” Dubnyk said of his fifth career assist and fourth in a Wild sweater. “So I thought I’d get in on the celebration with him since he was standing there.” 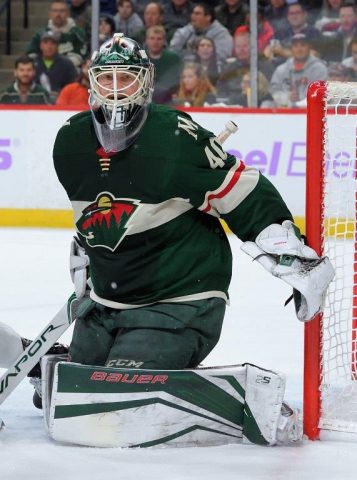 Dubnyk’s stellar goaltending continued to be star as the Wild rolled to a third straight shutout win, including Saturday’s 1-0 blanking of the Flyers on the road. He stopped all 30 shots he faced on Tuesday, including 17 in the second period alone, to extend his shutout streak to a franchise record 195:05 dating back to Nov. 8 and eclipse his own mark of 183:16 set last season.

“He’s seeing the puck right now, his reflexes are on fire, so we’ll take it as long as he can give it,” Wild coach Bruce Boudreau said.

“He made a bunch that seemed like empty-netters and all of a sudden his pad was just out there,” Zucker added. “He really kept us in the game. When you see how calm he is back there, and the way he’s making saves, it makes us play a different game.”

This follows a frustrating stretch in which Dubnyk was seemingly victimized on a game-by-game basis by fluky goals bouncing off everything and anything imaginable. The 31-year-old netminder was growing visibly frustrated by the daily misfortune.

Zucker said Dubnyk’s frustration was understandable and his teammates felt the same way.

“Sometimes those goals just happen, there’s nothing you can really do about it,” Zucker said. “It wasn’t like anyone was making crazy mistakes, they were just happening to go in.”

Nothing has been going in, however, since the third period of a 4-2 loss at Toronto last week which featured a pair of pucks pinballing behind Dubnyk who held the Canadiens scoreless the following night in Montreal.

“The biggest key for me is just finding pucks, make sure my feet are set,” Dubnyk said. “That kind of trickles down into everything else as far as moving around and rebound control. The guys are doing a good job of letting me see it and that certainly helps as well.”

When asked of he gave any thought to the shutout streak as the third period wore on, Dubnyk said it’s a luxury he can’t afford in a one-goal game

“When you get two and there’s a minute and a half left you start to think, ‘this would sure be nice if you could hang onto it,'” Dubnyk said. “And the guys did a good job in the last minute and a half there for me.”

The streak is over 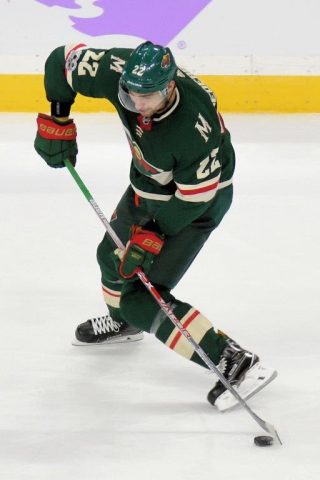 Nino Niederreiter tied a franchise record for fastest goal to start a game at Xcel Energy Center on Tuesday with a goal just 12 seconds into the Wild’s 3-0 win over Philadelphia. (Russell Hons / Russell Hons Photography)

“I told him I was sorry but I’m glad someone else than him scored finally,” Niederreiter said with a smile. “Obviously, we’d like to score as many goals as possible and he got on the board late which is great for him.”

Boudreau, too, was happy to see a new name on the score sheet.

“All year we’ve talked about we’re not a one-man team,” Boudreau said. “We don’t have a Wayne Gretzky out there so we have to do everything by committee. The previous couple of games, yeah Zuck had great games, but we need contributions from everybody to succeed.”

“I knew it was only a matter of time,” said a relieved Zucker. “We have too many good players for that to last even as long as it did, to be honest.”

The line of Staal, Zucker and Niederreiter got the start on Tuesday and scored all three of the team’s goals. Zucker leads the Wild in goals (9), points (14), power-play goals (3) and multi-point games (5).

“When you start a line, you’d really like that first shift to set the tone for the other shifts coming right behind,” Boudreau said. “Obviously, scoring in 12 seconds did that.”

Niederreiter has three goals and three assists in eight games since returning from a six-game absence due to a high-ankle sprain suffered on Oct. 12 at Chicago. The only Swiss-born player to net 20 goals in an NHL season is enjoying his time with his new linemates.

“We’re just trying to get the pucks to the net and right now they’re going in,” Niederreiter said. “I’m glad I’m playing with Zucks at the moment, I mean, he can’t miss so it’s fun.”