Goaltender shines in shutout of Lightning 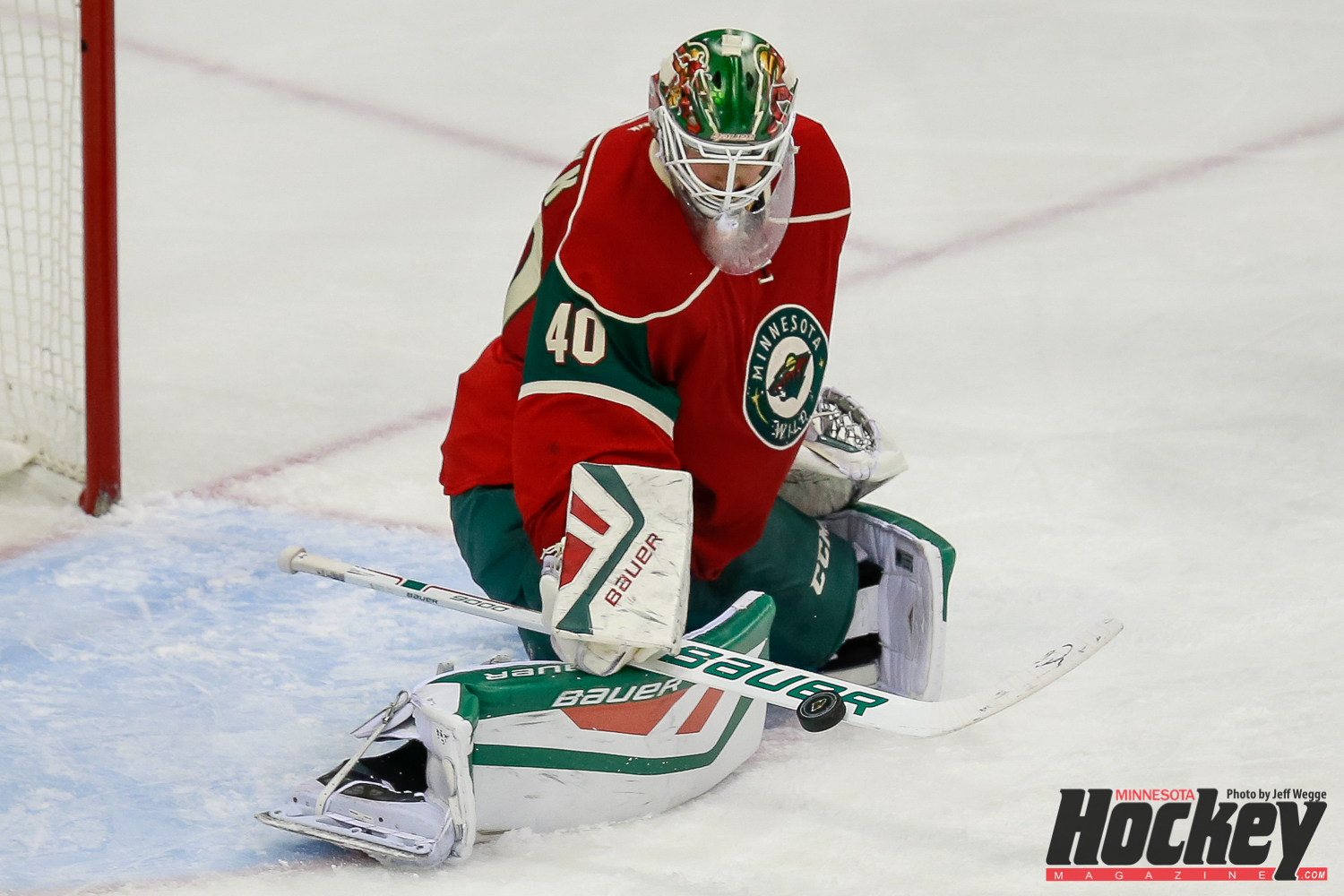 Goaltender shines in shutout of Lightning

After a critically acclaimed and sold-out run of performances last spring, the Devan Dubnyk Show made its splashiest appearance of the 2015-16 season Saturday night at the Xcel Energy Center.

Dubnyk, who despite a 7-3-1 record coming into the day, had seen his save percentage slip below .900 this season as the Wild seemed to focus on outscoring opponents.

But Saturday, on the heels of two successive Minnesota losses and missing top offensive force Zach Parise because of injury, the Wild turned to their 6-foot-6 goaltender.

Dubnyk stopped all 31 shots for his second shutout of the season as the Wild held off the Tampa Bay Lightning 1-0 in front of 19,066.

Affable, approachable and willing to banter with the media no matter how he was playing, Dubnyk grinned Saturday night as a contingent of writers approached him following the game.

The first question included a mention of his .896 save percentage to start the night.

“It’s something I tried not to think about too much,” he said, “but as the games go on, it’s something that you want to improve on. You don’t do that by going out and thinking about it, I just tried to find my game, find my patience.”

Dubnyk was challenging Lightning shooters from early in the first period, when the Wild had trouble clearing their zone and Tampa Bay led 13-7 in shots on goal.

“I don’t want to say more aggressive,” Yeo said, “but he was almost attacking some of the shots tonight.”

Tampa Bay outshot Minnesota 31-25, including 11-7 in the third period as the Lightning applied pressure to try to erase a one-goal lead built on a second-period goal by Jared Spurgeon.

Dubnyk’s shutout lowered his goals-against average to 2.41 and raised his save percentage to .907.

“Duby did a great job tonight; it starts with him,” Wild defenseman Ryan Suter noted.

Suter, who played nearly 28 ½ minutes, led a defense that also got shutdown play from its forwards, notably the Mikael Granlund-Jason Pominville-Charlie Coyle line which had Coyle taking the place of Parise.

“They just dug in and played the right way,” Yeo said.

That line and the line of Mikko Koivu, Jason Zucker and Nino Niederreiter were called on often to oppose Tampa Bay sharpshooter Steven Stamkos.

Stamkos had three shots on goal and three more blocked.

“Dubs stepped in and played great,” Pominville said, “but it’s not one guy who’s going to be the defense; everybody’s going to have to chip in.”

Parise, who has an apparent knee injury and is also expected to miss Tuesday night’s home game against the Winnipeg Jets at the least, remains Minnesota’s leading goal-scorer with seven. Consequently, Yeo noted, goals might be a bit more difficult to find in his absence.

Saturday night, they found the simple way: Turn to Dubnyk.