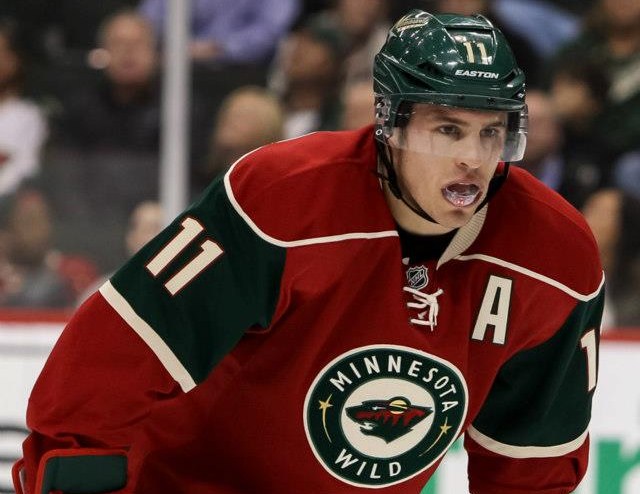 A pair of Zach Parise goals is not enough as the Ducks’ Mathieu Perreault comes through with barely a moment to spare in an Anaheim overtime win. 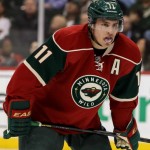 The Anaheim Ducks stunned the Minnesota Wild as Mathieu Perreault delivered a goal with 4.9 seconds remaining in the extra session to lift his team to a 4-3 overtime win in front of a sellout crowd of 18,213 fans Saturday night at Xcel Energy Center.

Minnesota dug too deep of a hole to climb out of as they twice faced two-goal deficits. Things couldn’t have been more troublesome than the start the Wild endured. Before the game was six minutes old, Anaheim owned a 2-0 lead and was rolling while sucking the air out of the Xcel Energy Center.

“Very disappointing, that’s what happens when you come out on your heels and passive,” Wild wing Zach Parise said. “You start out with two home games without a win, that’s not the way we drew it up.”

Saku Koivu redirected a Francois Beauchemin shot from high in the slot past Wild goalie Niklas Backstrom at 1:40 of the first period for the early 1-0 lead. Then it was Anaheim’s Nick Bonino who slapped home a puck from a scramble to the left side of the Wild cage for the 2-0 lead at 5:43.

A power play got the Wild on the board at 11:52 of the first period as Mikko Koivu kept up the family name in the battle against brother Saku. Mikko took a puck off the end wall and fed Zach Parise from the low left circle who fired one through the five hole of Ducks goalie Jonas Hiller to cut the deficit to 2-1.

Early in the second period, the Wild were in puck watching mode in their own zone as their coverage broke down. Perreault, who was stationed behind the Wild net, held the puck as three Wild players watched, unaware of a net-crashing Jakob Silfverberg. Perreault fed an unchecked Silfverberg low off the right circle and the former Ottawa Senator promptly slammed it home for a 3-1 Anaheim lead at 1:19 with the air again slowly leaving the building.

The Wild took the third Ducks goal personally as they poured on the pressure and it made a major difference and resuscitated the environment in the Xcel Energy Center. Ducks coach Bruce Boudreau called a time out to ease the pressure but it was to little avail as Minnesota continued the onslaught.

Wild wing Matt Cooke drew a penalty and, off ensuing draw, it was Jason Pominville who took the clean win from Mikko Koivu who pulled the puck from the right circle to the left point. An awaiting Pominville blasted the wobbling puck low and through the five hole of Hiller for his first goal of the season and pull the Wild within one at 3-2.

“The start wasn’t good enough and we put ourselves in trouble,” Pominville said. “We found a way to battle back and an unfortunate one to lose. At the same time we can’t play with the start we had. You are not going to be able to win many games when you are behind and you have to battle back throughout the course of the game.”

The Wild were able to pull even 1:15 into the third period as Zach Parise was left alone in the slot area. The Ducks unit of five began to vacate the front of their net area as a bouncing puck worked its way to the Wild blue line. Keith Ballard whacked the puck and it slithered back down to the low slot past the exiting Ducks to the waiting Parise. He tucked the puck past Hiller to erase any memories of the slow start from the minds of not just the fans and themselves, but the Ducks.

A frantic third period led to a number of Wild scoring chances including a cross bar that was rung by Dany Heatley on the power play. Hiller stood his ground and was the difference in gaining the point for the Ducks.

With a couple of breakdowns in the defensive zone, the Wild will look to shore that up. “I think we have to learn from them,” Wild wing Zach Parise said. “Just mistakes by us in different areas in coverages and things like that, correctible mistakes that we can’t allow to happen.”

Mikko Koivu became the all-time franchise leader in power-play points (36g-110a-146pts) with his assist on Zach Parise’s goal at 11:52 of the first period. Koivu passed Marian Gaborik in that category and he now sits one point shy of 400 for his career (119g-280a-399pts).

Zach Parise recorded his 30th career multi-goal game and fifth as a member of the Wild on Saturday night against Anaheim.

Mathew Dumba made his NHL debut and skated 10:22 becoming the second youngest defenseman to make his debut with the Wild (19 years, 2 months 10 days) behind Nick Schultz (19 years, 1 month 19 days).

Despite an injury to Charlie Coyle, the Wild were able to mix and match line combinations which utilized rookieJustin Fontaine who was solid in his effort as he skated on three of the four lines. Wild coach Mike Yeo said the injury is not serious, however Coyle may not play in Nashville on Tuesday.

The loss to the Ducks is the fourth straight one-goal loss to Anaheim at the Xcel Energy Center.