Dumba worthy of only praise after another game-winner 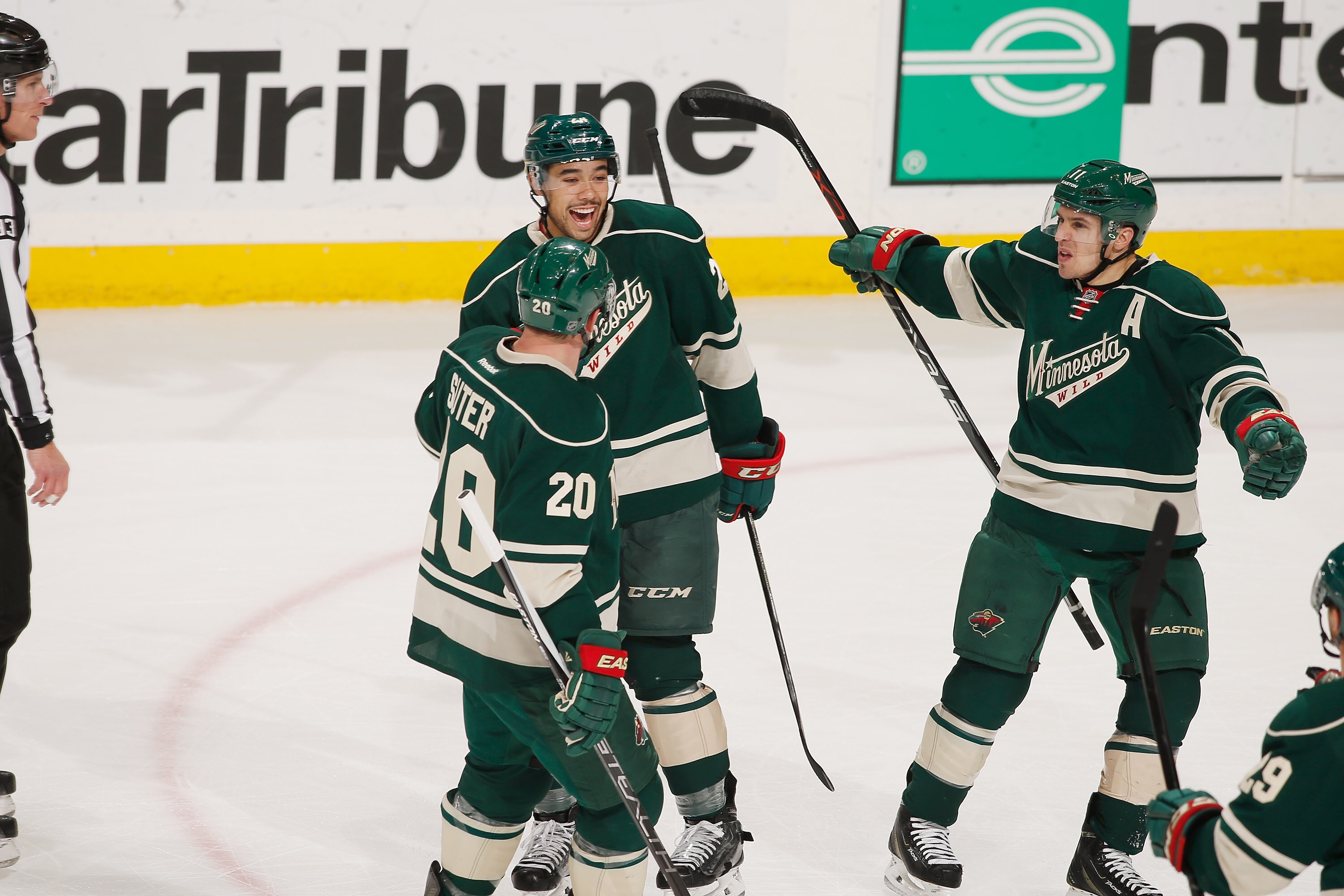 Dumba worthy of only praise after another game-winner

St. Paul — The Wild have stopped it cold.

A week ago players were muttering and cursing and gnashing their teeth, but after Minnesota got a combined shutout from Devan Dubnyk and Darcy Kemper Saturday night, the Wild are riding a three-game winning streak.

Their November stretch of losing six of seven games is a distant memory. So, too, it seems, is any difficulty their defense had in shutting down the opposition.

After defeating Chicago 2-1 and Toronto 1-0 earlier this week, the Wild took a unique path to a 3-0 victory over the Colorado Avalanche in front of 19,173 at the Xcel Energy Center Saturday and extended their record to 14-7-4.

Dubnyk departed with a lower-body injury halfway through the second period with the score tied 0-0, but Matt Dumba ripped home his second winning goal in as many games just three minutes later and the Wild stoned Colorado.

“I was impressed with how we handled that,” coach Mike Yeo said.

Minnesota allowed just nine shots on goal over the final 30 minutes and got a goal from Justin Fontaine plus Jason Pominville’s empty-netter to remove any late doubts in the first of a home-and-home series with the Avs.

Dumba’s booming shot from the point at 13:27 of the second period snapped a 0-0 tie, giving him four goals this season and two in three nights. This came just a few days after Yeo gave him a bit of a talking-to for tightening up his play.

“It feels good,” Dumba said. “I always want to help the team; we’re playing good hockey right now. I worked hard through all that stuff.”

Kuemper had to be prepared to play because Dubnyk’s wife is expecting their second baby imminently, but he didn’t expect to have to go into the game cold.

It didn’t hurt that Dumba gathered in a pass from Mikael Granlund and beat the Avs’ Semyon Varlamov with a blistering shot so quickly after the goalie change.

“That was big,” Dumba said. “It just worked out nicely. Duby played a great game, and Darcy came in and just shut it down. It was awesome to see out of both of ’em.”

Dubnyk, whose record is now 13-7-2, appeared to hurt his knee, but Yeo said later that he does not believe the injury is serious. Nevertheless, with the regular goaltender on baby watch, Yeo said he won’t be surprised if Kuemper starts Monday night in Colorado with Niklas Backstrom backing him up.

As well, no one will be surprised if the puck comes to the point and Dumba unleashes his blistering shot.

Yeo called this win a total team effort, from the play of the two goalies and Dumba to the strong play of defenseman Marco Scandella and numerous others. Fontaine, for example, was stopped by Varlamov on the doorstep early in the third period, but seconds later got his stick on a shot by Scandella to deflect it into the goal.

“It would have been nice to finish it off earlier,” Fontaine said, “but it was a good shot (by Scandella). It was a perfect height. You know, you work on those tips after games, and that one felt good.”

There is a calmness surrounding the Wild right now, a bit of a turnaround after they dropped their third consecutive home games a week earlier.

No one seems to be fazed by much of anything.

Kuemper, for example, sprayed water on his face, skated into the ice and appeared unperturbed over the final 30 minutes what was just his fourth game this season.

“The guys did a real good job of allowing me to work my way into the game,” he said. “They didn’t give up much. It’s never an easy situation coming in, but when the guys play like that it kind of allows you to build into it.”