“Dumba’s Hits For Heroes” to benefit Defending The Blue Line 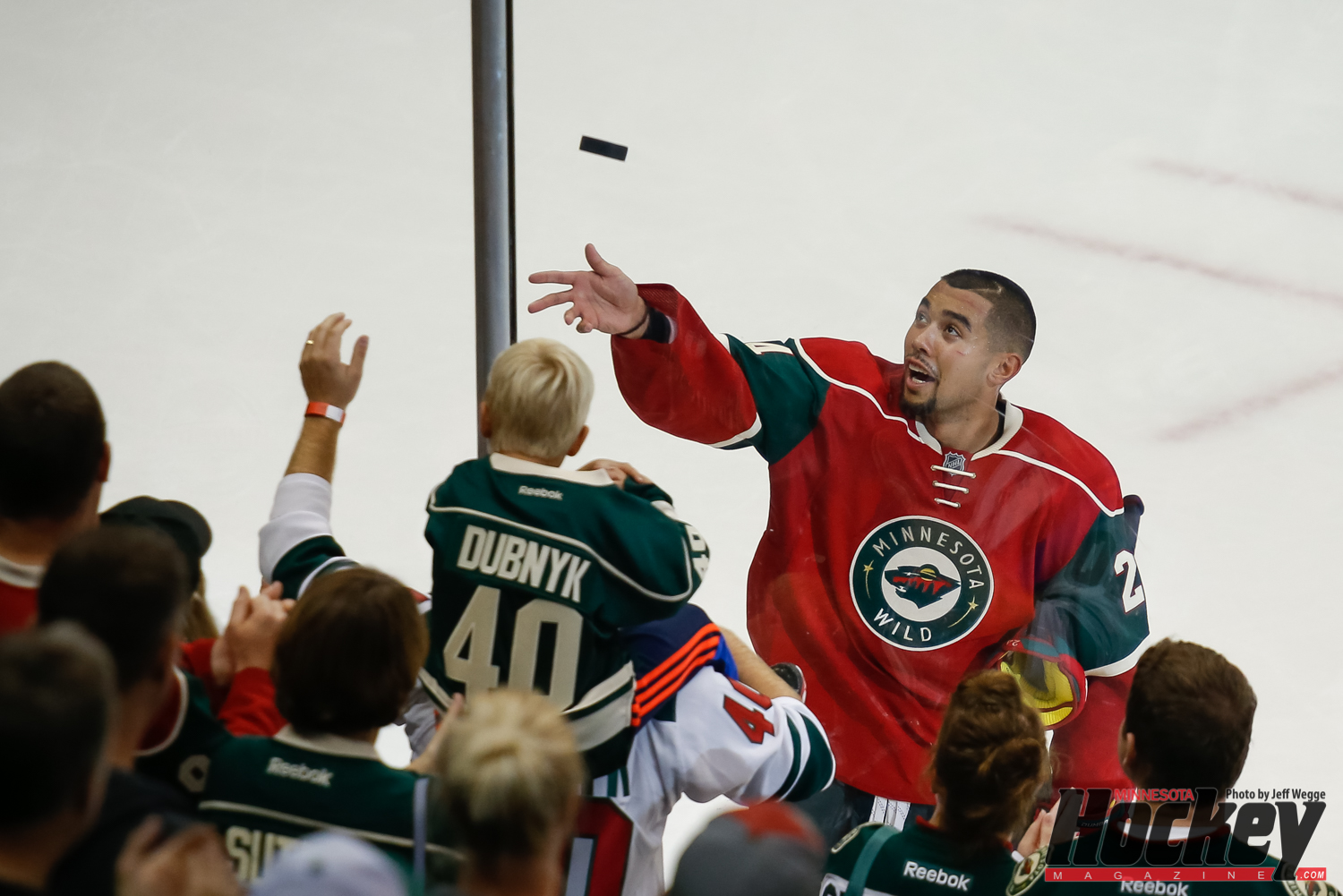 Matt Dumba will be in a giving mood at home this season, both with his body and his wallet. (MHM Photo / Jeff Wegge)

SAINT PAUL, Minn. – Defending The Blue Line® (DTBL) and Minnesota Wild defenseman Matt Dumba today announced the launch of “Dumba’s Hit’s for Heroes” – an initiative to support the charity throughout the 2015-16 National Hockey League (NHL) season. Dumba will donate $100 to DTBL for each hit he records on home ice at Xcel Energy Center during the 2015-16 Minnesota Wild regular season.

“Defending The Blue Line provides great assistance for military families and I’m proud to support them with a program fans can get excited for and track throughout the Wild season,” said Dumba. “While I’ve worn the number 24 throughout my career, I wanted to do something special to acknowledge the history and excitement the number holds for Wild fans.”

“We’re excited to have Matt on board as our latest player ambassador. He’s full of energy, and displays the same values of integrity, work ethic, and commitment that we hold in high regard,” said Shane Hudella, President & Founder of Defending The Blue Line. “His generous gift of the “Dumba’s Hits for Heroes” campaign will be a tremendous help that directly increases the amount of military kids we can get started in hockey this year, and we are very grateful.”

Defending The Blue Line is a 501(c)(3) non-profit organization created by a group of National Guard soldiers from Minnesota. The charity assists families of all branches of the military with costs associated with hockey, as well as other sports. They provide financial assistance for registration fees, free equipment, summer camps, and send many deserving families on a special night out to watch pro, collegiate, and minor league sports games before or after deployment.