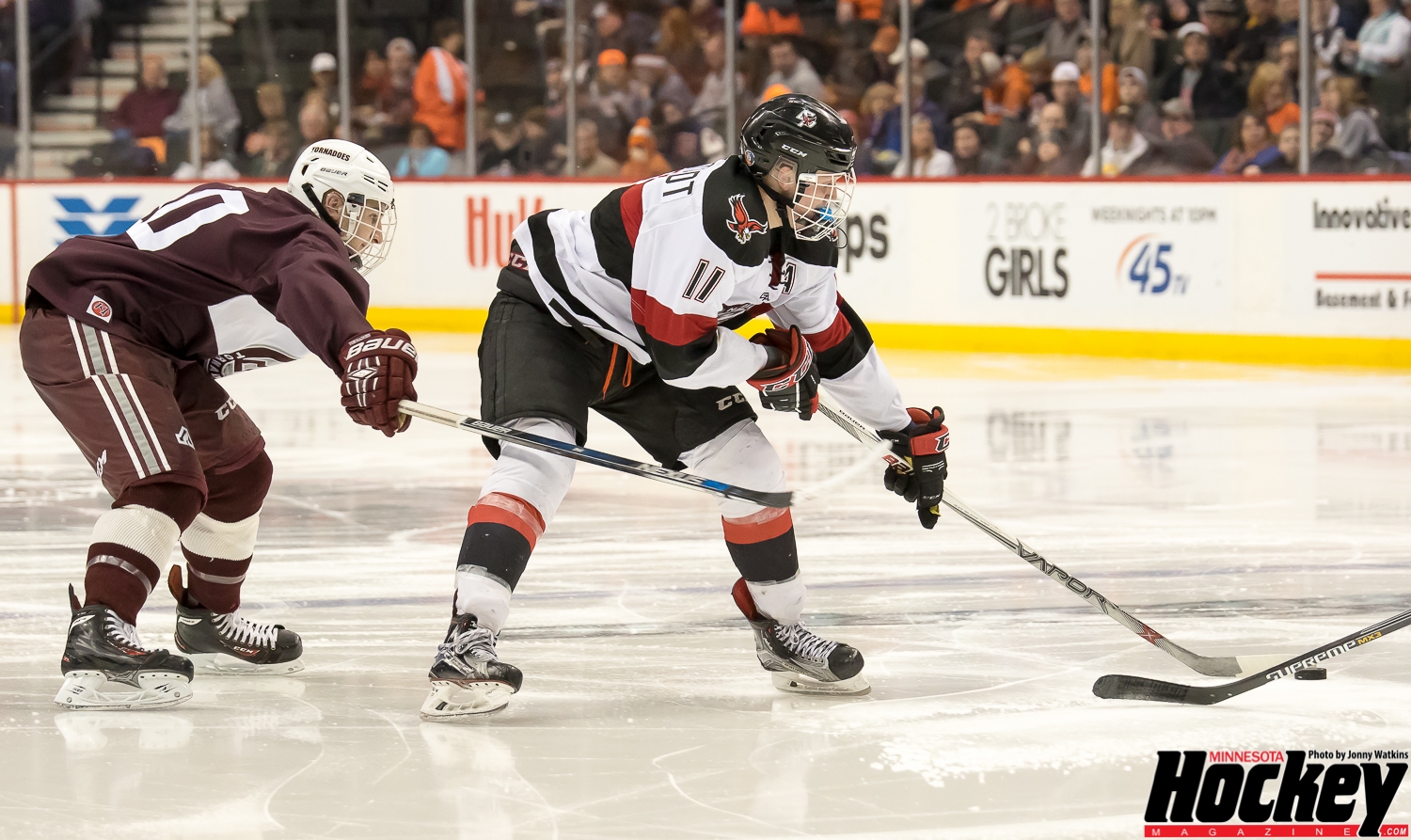 The Eden Prairie junior forward had a goal and five assists, contributing to all of his team’s goals but one, in a 7-3 Eagles (20-7-2) victory over Anoka (18-10-0) in the Class 2A quarterfinal matchup Thursday evening at Xcel Energy Center.

“I think the key in this game was our team speed,” said Eden Prairie coach Lee Smith. “I still think we’re the best skating team in the state that’s left. When we get it rolling, it was really good.”

The Eagles, looking for their first state title since 2009, used some of that speed to their advantage for three goals within about three minutes in the second period. Mittelstadt assisted on two of those. He brought his season assist total to 45 and has 29 goals, leading the team in both categories.

Anoka coach Todd Manthey said afterward that they knew how good Mittelstadt was, they knew he had speed. They just didn’t realize quite how fast until they saw him out there, he said.

“That Mittelstadt kid, he’s a player,” Manthey said. “You definitely notice when he’s on the ice.”

The game was 1-1 after the first period, with Anoka tying it on the power play with about four minutes to go. Johannes scored his first goal at 3:58 of the first.

“We weathered the storm, and we just kept trucking from there,” said Anoka senior forward Michael Talbot. “They got some good D that kind of stepped up and took away our options.”

Eden Prairie rattled off a four-goal second period. They’ve outscored opponents 54-22 in second periods this season. They started to relax a little bit with a 5-1 lead, then Anoka made it 5-2 with just over a minute left in the second.

That woke up the Eagles during the second intermission.

“In the locker room, we kind of just said, ‘alright, get one more, then go for the jugular,’” Mittelstadt said. “And then roll and have fun the rest of the game.”

His goal at the two-minute mark of the third period was huge, he said. It gave the Eagles a comfortable 6-2 cushion.

Despite the final score and shots on goal total (39-15 in favor of Eden Prairie), Anoka its own bright spot – Talbot, who scored a hat trick for the Tornadoes.

Anoka, which upset Centennial in the Section 5 semifinals, came into the tournament riding a 10-game winning streak.

“Certainly something you dream about as a kid,” Talbot said, of playing in the state tournament at the X. “I was lucky enough to get three of them.”