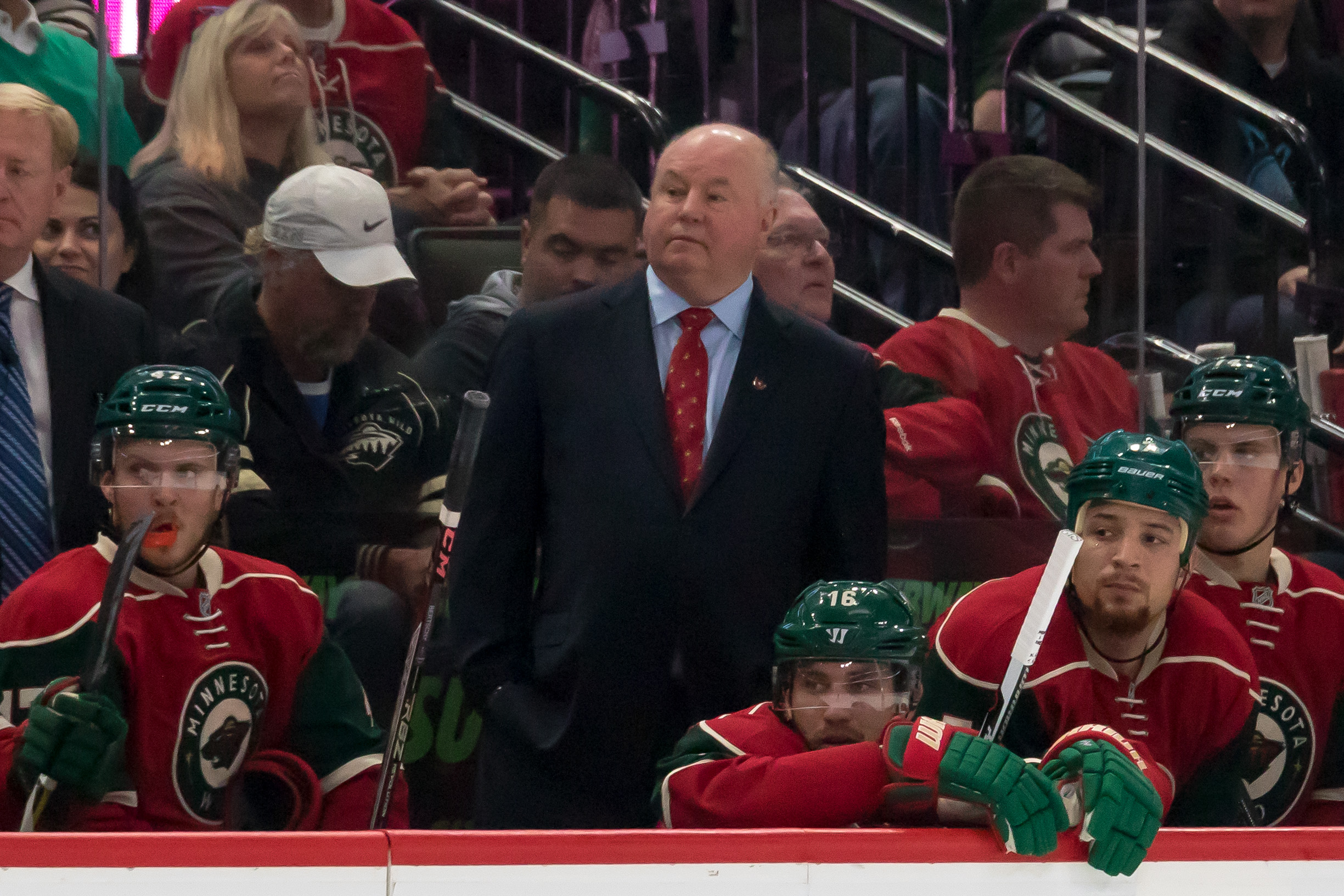 So it is with the 2016-17 edition of the Minnesota Wild, who have given the Xcel Energy Center faithful reason to believe about a season that includes a new coach and a new top-line center.

Heck, despite injuries to Zach Parise, Jared Spurgeon, Marco Scandela, Erik Haula and a few others plus some spotty play from backup goalie Darcy Kuemper, the Wild stood atop the NHL’s Central Division through nine games.

That’s mighty early in a long season, but if you scroll through postgame utterances on the Wild’s website you will find the kinds of encouraging words expected from players on a team that began with a 6-2-1 record.

Eric Staal, for one, a free agent signing who struggled a bit in his last two seasons in Carolina but put up four goals and seven points in his first nine games with Minnesota, took an immediate liking to his new environment.

“We have a good group here that we feel we can compete with anybody,” he said. 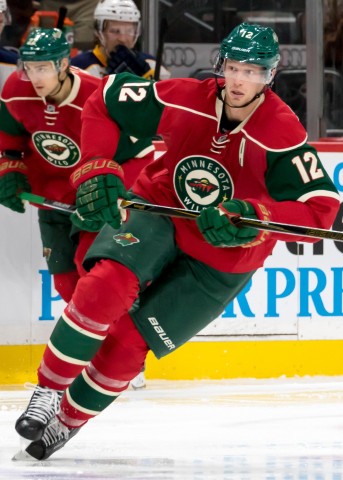 There’s no question that the Wild will be a work in progress for the early part of the season, as evidenced by a horrid first period of the home opener against the Winnipeg Jets and some equally awful stretches since.

Although it was a bit shocking that Xcel fans booed the Wild off the ice after two late first-period goals gave the Jets a 2-0 lead in the home opener on Oct. 15, and although new coach Bruce Boudreau gave his guys an earful between periods, Boudreau was unfazed by the crowd’s reaction.

After his team rallied for a 4-3 victory, he said, “I’ve been booed before.”

There were enough fans demonstrating their impatience at the opener, and a few more have not been hesitant to rip the team with negative tweets here and there since.

Fans have reason to be antsy because the Wild have been no better than a .500 team overall during the post-Jacques Lemaire era that started in 2009.

Nothing, however, cures the anxiety levels of professional hockey partisans faster than winning.

And nothing fosters winning more than team balance and solid goaltending.
No fewer than 18 players scored at least one goal for the Wild during their first nine games, a league high. As well, 22 players had at least one point.

At the other end of the ice, regular goalie Devan Dubnyk started by looking as reliable as Jacques Plante, posting a team-record three consecutive shutouts and a .952 save percentage. Dubnyk’s play allowed impatient fans to breathe much easier despite Kuemper’s early save percentage of .871.

Defenseman Ryan Suter, surprisingly, was the Wild’s early leader in scoring with 10 points through nine games, but nine others had five or more. Another surprise was the two names leading in plus-minus through nine games: Young defenseman Christian Folin and speedy forward Jason Zucker.

Some of these numbers may be attributable to the way Boudreau pulls the strings – not unlike the rampant re-pairings of players during Lemaire’s tenure. Both coaches came to town with resumes that gave them the freedom to hold even top veterans accountable.

It’s a message that carries weight up and down the lineup.

Lemaire arrived in Minnesota with more credibility than any of his players, and he soon developed a goal-scorer named Marian Gaborik. When Lemaire stepped away, general manager Doug Risebrough was fired and Gaborik also departed.

Under those three, Minnesota won 265 regular-season games and lost 275 — including 61 losses that were worth a point for going past regulation. And with high-end talent such as Parise, Pominville, Suter, Mikko Koivu, Nino Niederreiter, Mikael Granlund, Charlie Coyle and a few others, Minnesota fans grew impatient.

Fletcher responded by hiring Boudreau, who came to town with a coaching record of 409-192-80 for the Washington Caps and Anaheim Ducks, and also added forwards Staal and “energy guy” Chris Stewart.

Boudreau is as an emotional coach who, like Lemaire, has been quick to shuffle his lines or his lineup when he sees something he doesn’t like.

After the first period of Minnesota’s first home game, he saw something he didn’t like, and it wasn’t a two-goal deficit. Even though there were still 40 minutes to play, he said later, players leaving the ice “looked defeated. And we had to change that.”

Boudreau later talked in generalities about how hockey is a game that must be played with high levels of emotion. It’s his job, he stressed, to drive his guys to play with passion.

At times, in the early going this season, passion seemed to be replaced by hesitancy up and down the Wild roster.

Those moments have lessened, whether because of Boudreau’s intermission commentaries or because players are rapidly adjusting to the new personnel and the new system.

That should mean a lot during the grind of a season where injuries, bad calls and unfortunate bounces can take a toll.

A resilient team that rebounds from adversity engenders recurring optimism. Early on, the Wild have shown positive signs of becoming exactly that kind of a team.