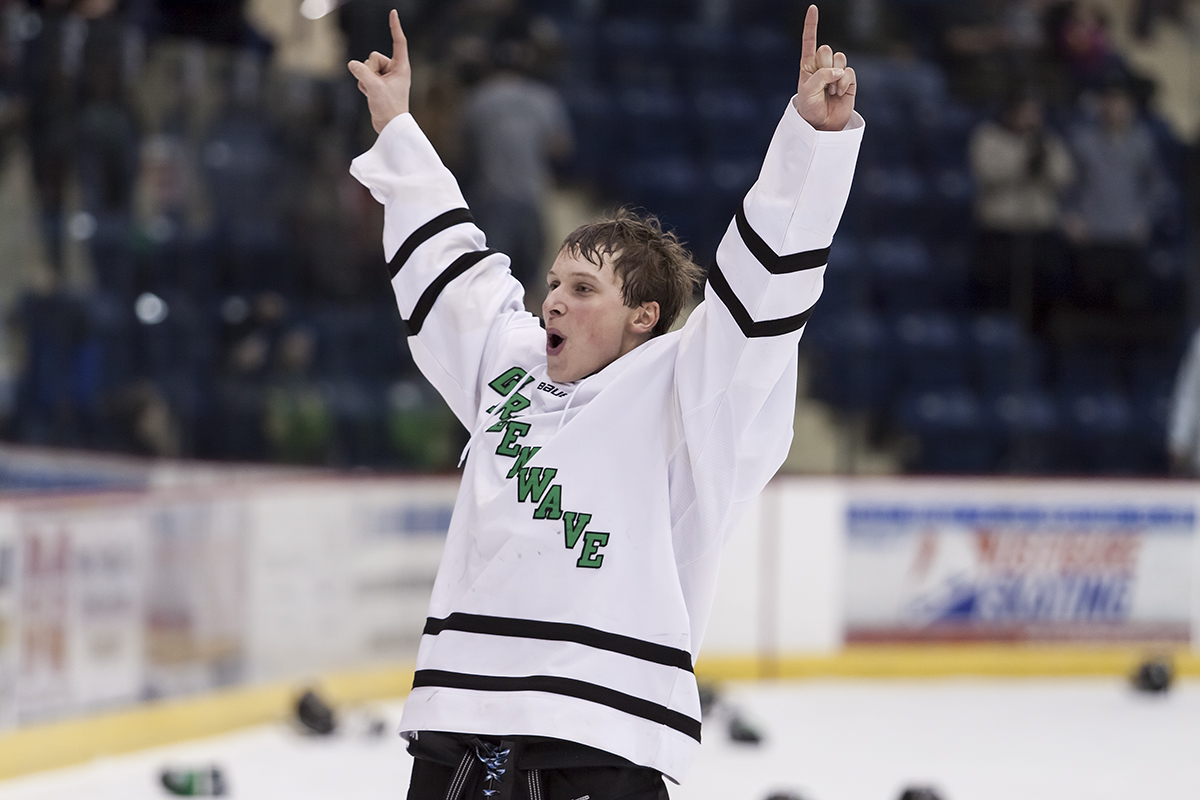 THIEF RIVER FALLS—In a battle of a high powered offense against a stout defense East Grand Forks defended its Section 8A crown with a 3-2 double overtime victory at the Ralph Engelstad Arena in Thief River Falls.

East Grand Forks entered the game only allowing 11 shots per game in the playoffs and just over 14 shots per game during the regular season. Warroad featured the line of Jared Bethune, Kobe Roth, and Kyle Sylvester who have a staggering combined point total of 252. 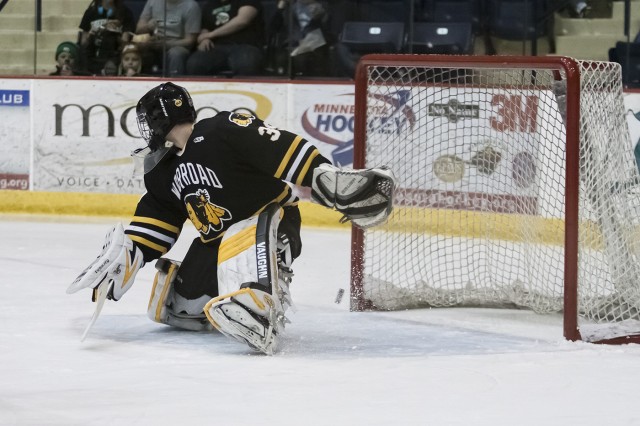 It would be the Green Wave who would strike first. Tye Ausmus’ shot was blocked by a Warrior defenseman and Colton Poolman would swat the puck out of the air and past Warroad goaltender Alex Burke for the 1-0 lead at 4:19 of the first period.

The period would end with the Green Wave leading 1-0. Warroad had some good opportunities To even the score and outshot East Grand Forks 10-7.

Warroad came out with an added intensity in the second period and scored just 1:11 into the period when the Warriors dumped the puck into the East Grand Forks zone. Colton Poolman knocked the puck out of the air and a streaking Kyle Sylvester picked up the puck and beat Josh Weber to tie the game. 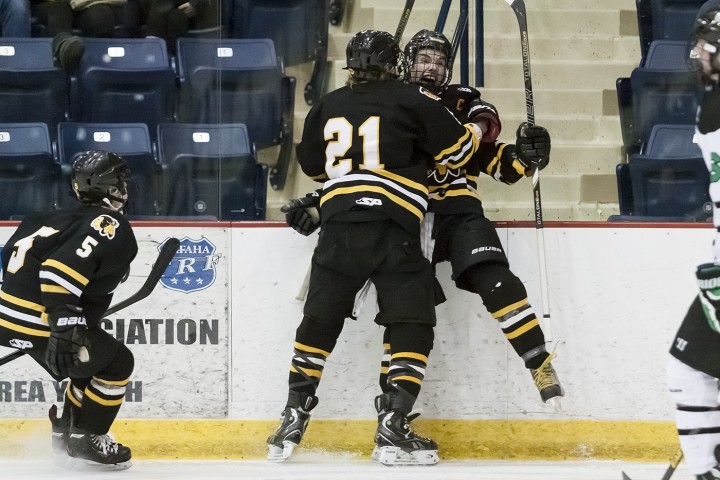 While East Grand Forks outshot the Warriors 12-9 the scoring opportunities favored Warroad who had several breakaways during the period but could not get another past Weber.

East Grand Forks took the lead again at 6:40 of the third when Tanner Tweten pounded in a rebound for a power play goal. The Green Wave looked to be headed to a successful defense of their Section 8A title. Jared Bethune and the Warriors were not going to go quietly into the night. With 1:32 left in the game Bethune called for the pass and rifled a water bottle shot past Weber to send the game into OT. 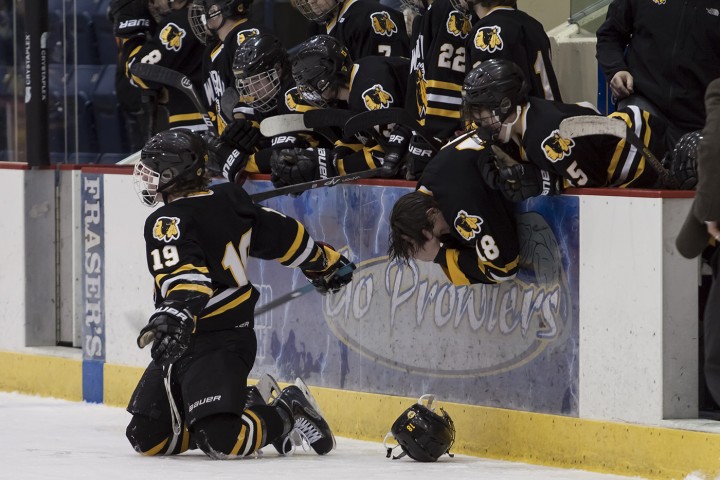 Warroad was able to apply solid pressure in the first eight minute overtime putting four shots on Weber but he was up to the task.  6:38 into the second overtime Grant Loven ended the game on a nice pass from Tweten , as Burke came out to play the shot, finding Loven wide open in front of the net, and putting it into an open net.

The Warriors end their season 22-5-1 and East Grand Forks will advance to the State Tournament with a record of 25-2-1.

I am the Sports Editor of the East Grand Forks Exponent and have received awards from Minnesota Newspaper Association for sports photography, sports reporting, and best use of video.