Champions rise in the east for the next year at least 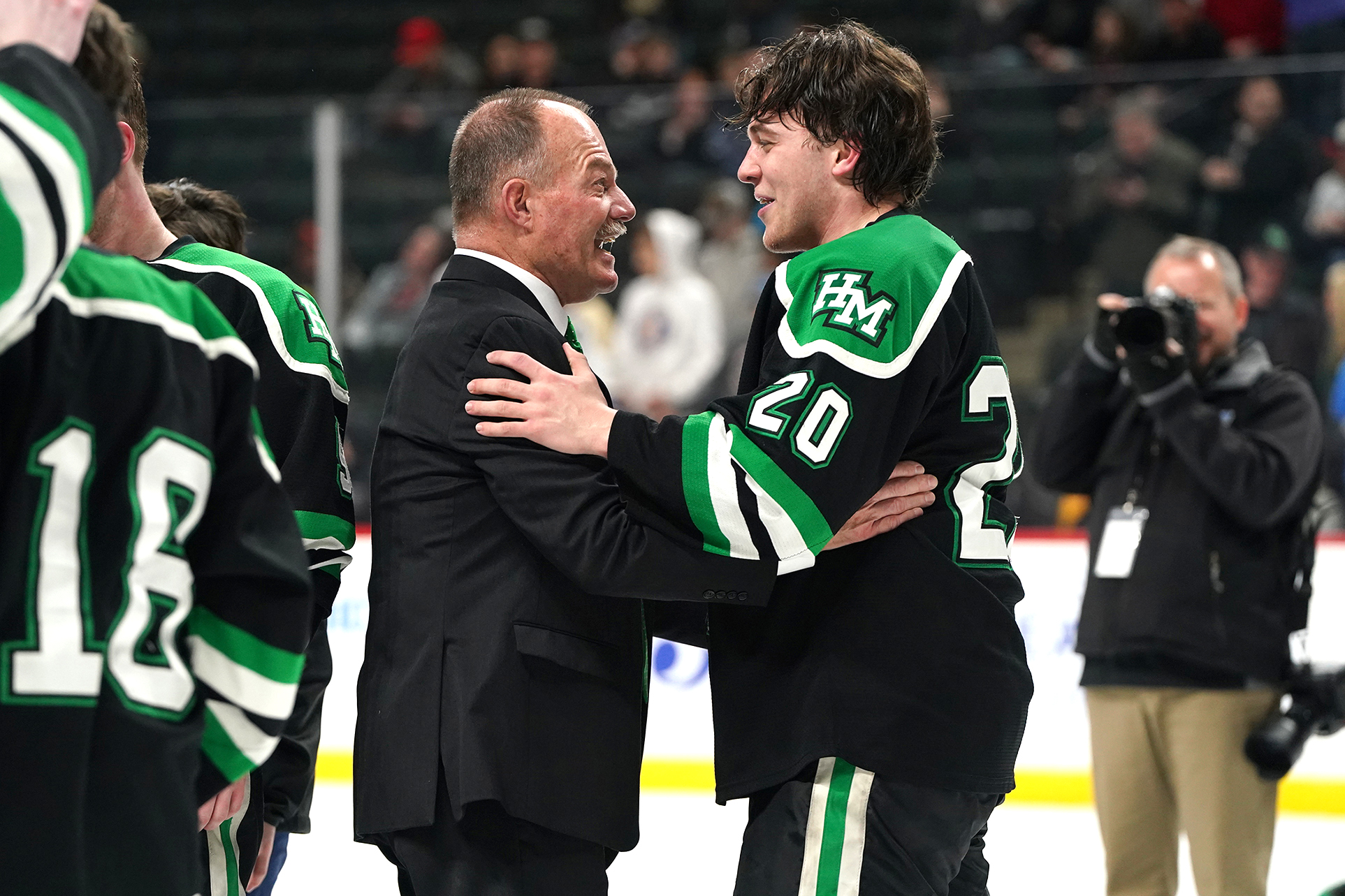 SAINT PAUL — Hill-Murray’s resounding 4-1 Class 2A championship game win over Eden Prairie on Saturday night paired with Mahtomedi’s thrilling Class 1A title tilt win over Hermantown earlier in the day is quite the feather in the the Metro East Conference’s cap, the league that houses both of them, and the East Metro in general.

When asked about it after the game, Hill-Murray coach Bill Lechner responded, “I guess I didn’t think of it that way but does that happen very often?”

The answer to Lechner’s question is no. In fact, it marks the first time since 2008 that one conference can claim both state champions going back to when the Classic Suburban Conference, featuring Hill-Murray and St. Thomas Academy, managed the same feat. It was also the last time two East Metro teams have claimed state titles in the same season.

Coincidentally, that was the last time the Pioneers skated off as Class 2A champions. The 2008 Classic Suburban winners were joined by conference runner-up St. Thomas Academy, which won the Class 1A title that year. The Cadets made it a trio of Metro East teams qualifying for the 2020 state tournament, this time as a Class 2A competitor, and advanced to the semifinals before falling to the Pioneers 3-2 on Charlie Strobel’s overtime goal.

The 2008 Pioneers also beat St. Thomas Academy in overtime at Xcel Energy Center but that came in late January as part of the 2nd-annual Hockey Day Minnesota festivities based in Baudette. Three days later, a 5-4 overtime win over Mahtomedi clinched the conference title for Hill-Murray.

The Pioneers went on to defeat Roseau 4-2 in the Class 2A semifinals, ending the Rams’ 42-game winning streak dating back to the previous season. The Pioneers won the state title with a 3-0 win over another West Metro power Edina. 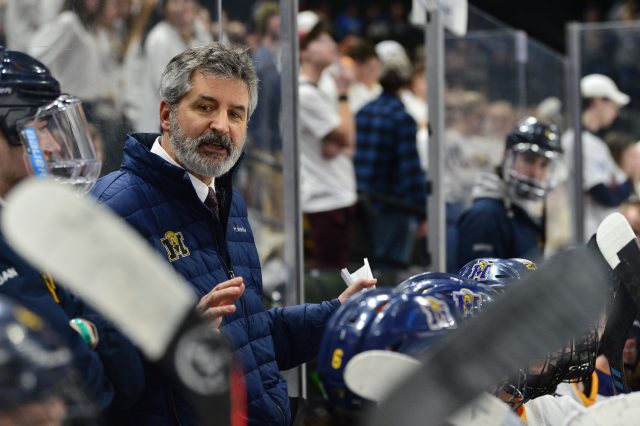 Hill-Murray coach Bill Lechner’s second state championship came in his 14th tournament appearance (11th in the last 15 years) which includes five trips to the Class 2A final. For Mahtomedi coach Jeff Poeschl, on the other hand, Saturday’s win gave the Zephyrs their first Class 1A state title overall and first in nine trips to the state tournament under Poeschl after three third place finishes (1994, 2015 and 2019).

“They did a great job and it was fun for Poeschy,” Lechner said. “We sent them a little congrats before our game so, yeah, that’s pretty neat.”

The ties between Lechner, Hill-Murray and Poeschl run deep dating back to the 1979-80 season when Poeschl was a senior 3-year starter for the Pioneers during Lechner’s first season as a Hill-Murray assistant coach under Terry Skrypek. One of Poeschl’s teammates, Bill Schafhauser, is Hill-Murray’s girls’ varsity coach and the brother of current Lechner assistant, Pat Schafhauser.

Now they coach at schools slightly more than six miles apart and have done so since the 1997-98 season.

“There’s certainly an awful lot of pride for the East Metro,” Poeschl said. “For as much as we hear about the West Metro and the teams, not to take anything away from them, but we often are in the shadow of the Edinas and the Wayzatas and the Benildes and Eden Prairies and, you know, the list goes on.

“But [I’m] awfully proud of the East Metro and the way that we’ve represented our conference.”