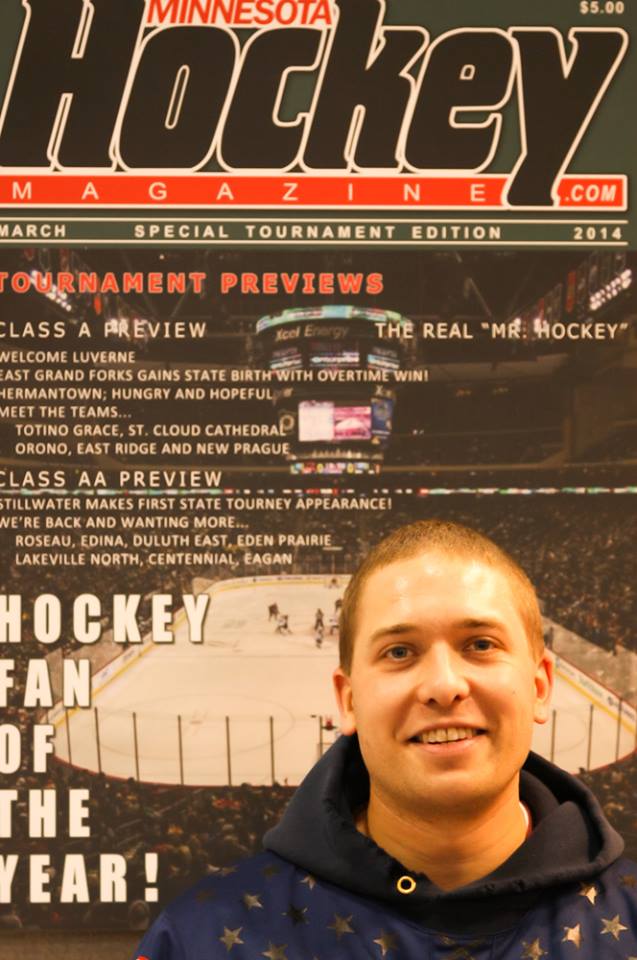 Thanks to everyone that participated in the recent Minnesota Hockey Magazine “Fan of the Year” Facebook photo contest at the Let’s Play Hockey Expo the weekend of the State Boys High School Hockey Tournament.

Close to 100 photos of hockey fans were taken on a Minnesota Hockey Magazine backdrop and posted to our Facebook page.  Entrants were encouraged to tag themselves, share with friends and family, and Like MHM.

The two $50 winners were selected based on the most Likes their photos received from our Facebook page.

The two winners of $50 gift certificates at Dave’s Sports were: 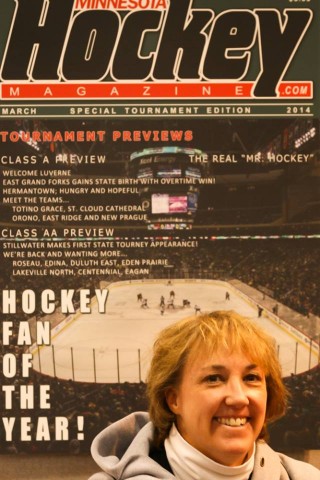 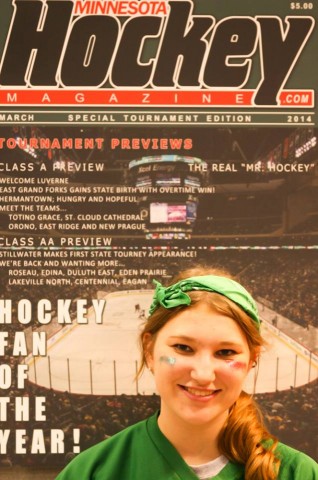 The $100 winner was selected by drawing.  Any entrant that had 20 likes on his picture plus Liked MHM on Facebook was eligible.

The winner of a $100 gift certificate at Dave’s Sports was:

All contest winners will be contacted directly by a MHM representative.

One of our young fans noticed an error (by design?) on our MHM backdrop.  We had East Ridge listed as a tournament participant instead of Chisago Lakes. 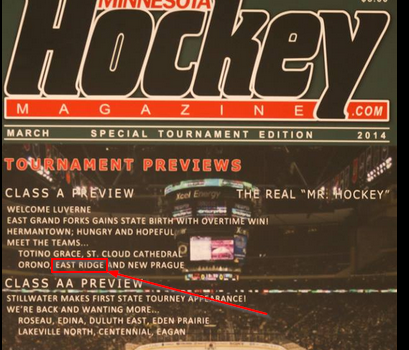 In his words, “Whyd you put East ridge in, they were not, chisago lakes was”.

Well, JoNathan Chartrand did!  Were we really testing our audience for a “Where’s Waldo-type” mistake?  This may set a precedence for next year.

With that, we proudly declare JoNathan Chartrand the winner of a $50 gift certificate at Dave’s Sports.