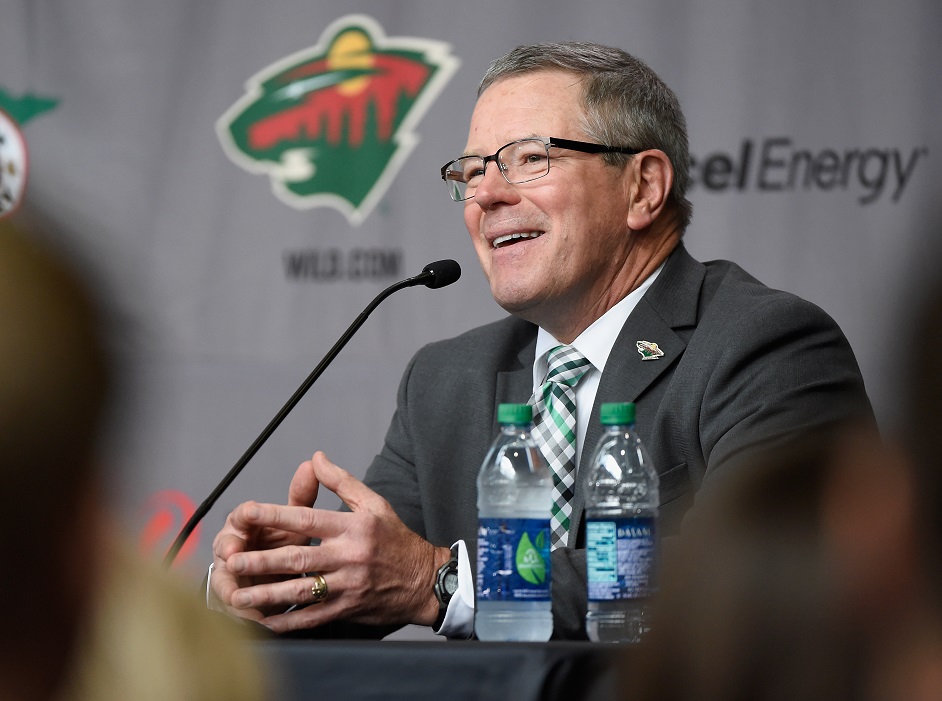 St. Paul — Paul Fenton, who officially took over as general manager of the Wild this week, used his introduction to the media and public Tuesday at Xcel Energy Center to observe that his new club “is not very far” from contending for the Stanley Cup.

Leipold, who interviewed a handful of candidates to replace the fired Chuck Fletcher, said at Tuesday’s news conference that it was unanimous among them “that we are a team that’s just missing a piece.”

Asked what that one missing piece might be, Fenton laughed and noted drily, “I didn’t say that.”

What he must do in Minnesota, he said, is “tweak” the team’s workings “to try to get us to win a Stanley Cup. That’s what our goal is going to be from Day 1.”

It’s a given, on the occasion of a new leader taking over any sports franchise, that smiles and optimism prevail.

Said Leipold: “This is a very, very exciting day for us.”

Agreeing that the challenge is an exciting one, Fenton cited the Wild reaching the playoffs for the past six seasons and noted that the franchise “obviously doesn’t need to be overhauled. … This organization has a very good substance to it, and I want to bring a family atmosphere.

“The biggest thing I want to bring here is inclusiveness and passion that people are willing to go that extra mile to help this team win.”

Fenton, 58, is nothing if not committed. He worked for Leipold when Leipold owned the Nashville Predators and leaves Nashville after 20 years on the job, the final 12 as assistant GM.

A native of Springfield, Mass., he met his future wife, Nona, when he was a junior in high school and she was a sophomore. This year they will celebrate their 35th wedding anniversary.

A former player for Boston University where he was a one-year teammate of 1980 U.S. Olympic goalie Jim Craig, Fenton said he grew up loving the hockey culture of Massachusetts and soon learned that there is an even greater fabric of the sport in Minnesota. 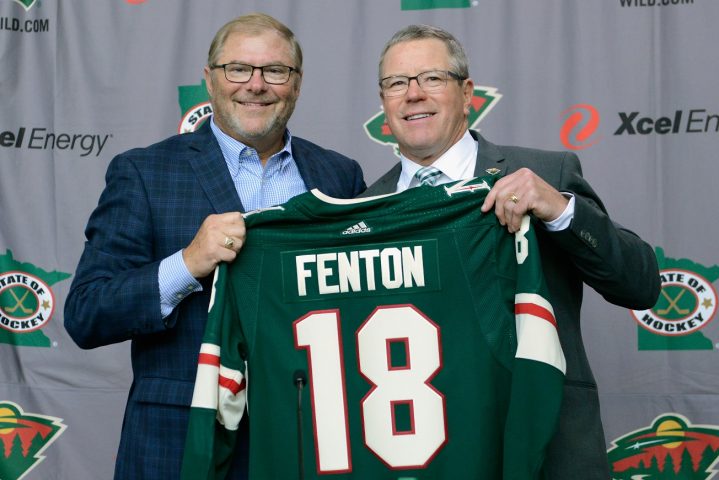 The former Winnipeg Jet who figures he will have no problem adjusting to the weather differences between Nashville and Minnesota, Fenton talked about the challenge of taking over a franchise just a month before the 2018 draft, looming meetings with team personnel including players and scouting staff, watching some hockey and traveling between his old residence and the Twin Cities.

“I don’t think I’m going to sleep the next month,” he said with a grin.

But he’s relishing it.

Fenton made his reputation by pulling many of the right strings to boost the Predators into the Stanley Cup Finals a year ago and into the second round of this year’s playoffs. He’s not afraid to deal.

In Minnesota, he said, “I’ll look at small trades; I’ll look at big trades. Whatever is going to improve this organization going forward.”

Defenseman Ryan Suter played in Nashville under Fenton and came away with a positive opinion.

“You look at the success Paul’s had in Nashville, from drafting guys to trades that he’s made,” Suter said. “He’s always made his team better, and as a player that’s what you want the guy in charge to be doing.”

Fenton has plenty of experience for the job, but now needs to get to know the people in his new organization. Even coach Bruce Boudreau is a new guy to the incoming GM. Fenton is hopeful the two will mesh.

Boudreau, too, must adapt.

“I’ll coach whoever he gets here,” Boudreau said.

Ah, yes, but just what do the Wild need?

There were repeated mentions at the news conference about the requirement for size and speed to be successful in the NHL, but Leipold considers the Wild a team with good size.

“We need to play heavier,” he said.

Boudreau praised the depth of the teams advancing the farthest in the Stanley Cup Playoffs this season, and Fenton talked about those factors plus a team’s leadership and intangibles that lead to success.

Finding all that, in a nutshell, is the No. 1 requirement for Fenton’s new job.

“I’m here to put a stamp on this thing,” he said. “We’re not leaving until we do the right thing.”